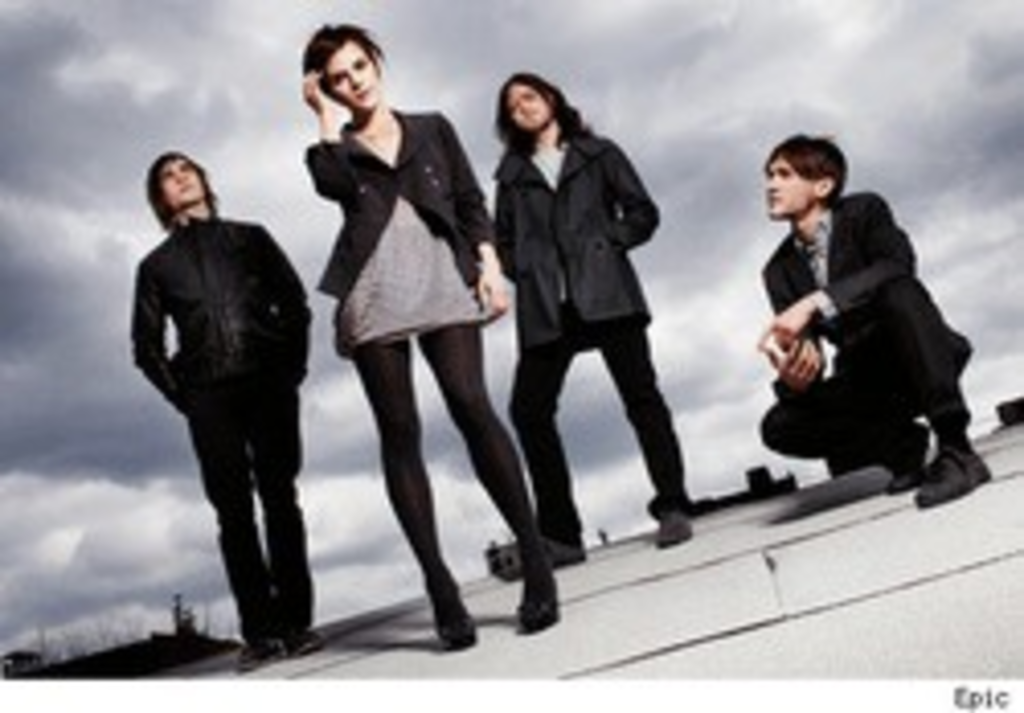 Local rockers Vedera are stopping by the Beaumont on Friday, February 19 for a show with piano power-pop outfit Jack’s Mannequin. After releasing their major-label debut, Stages, last November, the dreamy pop-rock quartet has been touring non-stop (and garnering some pretty high-profile attention along the way). We caught up with Vedera’s frontwoman Kristen May for a short check-in to see how the quartet is doing out on the road.

The Pitch: What do you miss about the Midwest when you’re out touring?

Kristen May: My bed.

Do you keep up with Kansas City bands? Any locals that you’re a fan of?

I was a huge Namelessnumberheadman and Elevator Division fan. I would die and go to KC local band heaven if they did a reunion show together. Possibly at New Earth. 😉

What inspires you in your songwriting these days? Have your influences changed over the years?

Being on the road lends itself to constant inspiration. Being in a different town every day, meeting new people, being surrounded by nature with our daily drives to each venue. All inspiring. I’m always inspired by love too. Love in all forms and how it can help get you through the darkest of times.

Our influences have definitely changed. We have been a band for almost six years and have seen our influences broaden and also become more focused at the same time. Where we started out being more influenced by ambient rock, we have focused more on our favorite songwriters for this last album. Songwriters who spend a bit more time on melody and lyrics.

Are many of your songs autobiographical, or do you use creative license in writing your lyrics?

A lot of the songs are autobiographical but I’m also looking out of the corner of my eye, and eavesdropping to see and hear what others are going through.

What’s the story behind your newest album, Stages?

We spent about three years on this album, two of them being on and off in the studio. It is our first major-label album and we’re super proud of it. It’s basically about the stages we go through in life and relationships, and how these experiences shape us as people.

What have you guys been listening to when you’re traveling?

Your music has appeared on MTV’s The Hills. How did you feel when you first heard you’d be featured on the show?

We had no idea what to expect because none of us really watch the show and had no idea they even have bands on the show playing live.

How do you think your music interacts with the show?It was pretty sweet with a killer makeout scene. So, whatever gets the job done, I guess. 🙂

Do you have any other TV shows or movie soundtracks in the works?
It was really weird seeing our music on TV at first, but now we totally dig it. It’s cool when you see someone else’s take on how your music would work. Totally want some more chances for TV and definitely film.

Any ridiculous stories from tour?

sure they would think we were in a constant state of being ridiculous.

We have a good time.

What direction do you see Vedera heading in, in the future?