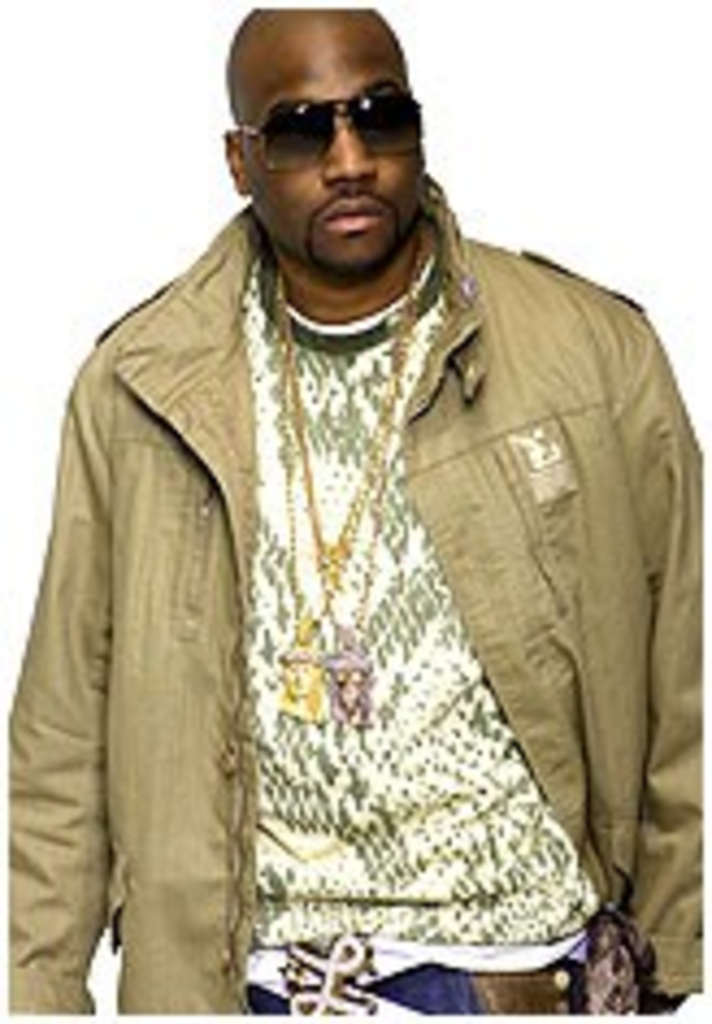 GLC, aka Gangsta L. Crisis, came to town Sunday and Monday to promote the release of True to the Game, a hip-hop compilation album featuring industry giants like Ludacris, Snoop Dogg, T-Pain and Kanye West. A portion of the proceeds from sales of the album benefit Kansas City’s Negro Leagues Baseball Museum. I met with GLC, whose song with Kanye West, “The Big Screen,” appears on the album. The 31-year-old is the latest signee to West’s G.O.O.D. Records label. This post contains portions of the interview that mainly concern G’s career and music. Earlier, I posted the parts of the conversation that focused on True to the Game and the Negro Leagues Museum — and also contained GLC’s highly entertaining vision for a future museum dedicated to the history of hip-hop.

The Pitch: Your first album, Love, Life and Loyalty is coming out this summer. Is there a release date?

GLC: We don’t have the date yet. We just focused on knocking this record [“The Big Screen”] out, we just shot the video for it, and we’re gonna ride the wave. We’re gonna go around, make appearances, do performances, do everything we gotta do, and Kanye has just produced, like, five records on my album, and we have a lot of labels biting right now. It’s just a matter of what route we wanna take with it.

GLC: It’ll come out through G.O.O.D., but it still has to have a distributor. So once we lock distribution, we’ll go forward. It’s just a matter of where we wanna go, but we’re gonna do what makes the most sense ’cause now we have people biting, like majors. Everybody’s like, “We wanna get GLC over here, we wanna get GLC over here.” We have to do what makes the most sense, economically as well as comfort. You gotta be comfortable. ‘Cause right now, we’re feeling great. We just did South by Southwest in Austin. Woke up the next day, go out to the airport and I was on the front page of the newspaper, like, “GLC, Kanye West, rockin'”

GLC: Aw man, you got your virals down.

GLC: I really looked up to Marvin Gaye, because he was super smooth, like, with the ladies, and his music had content. He opposed war. He opposed hardships. I looked up to Curtis Mayfield because I could really relate to what he was talking about, even though his music was from the ’60s and ’70s. Everything that he was saying in his songs, I was seeing whenever I went outside my door, and I was like, “Wow, he’s putting this to music, and it’s super smooth.” I looked up to Isaac Hayes, man, all the like really player-types in the music business. I also looked up to, like, Michael McDonald, like [claps and sings] “I keep forgettin’ we’re not in love anymore.” He was super cold because he was like, I keep forgettin’ that things’ll never be the same again, baby. I looked up to Luther, ’cause anytime I turned his music on as a young man, I turned on Luther Vandross, and that’d be less mackin’ for me to do, because he’d say all the stuff to the woman for me. I wouldn’t even have to say it! I was amazed by that, man.

I looked up to Public Enemy, cause they was just rebels. I looked up to Tribe Called Quest, they was cold. I had a range of artists. … UGK, Scarface, man, I even looked up to MC Hammer, ’cause he was just funny. He used to wear them big pants and came out dancin’, and he traveled the whole world, and hired everybody he knew! Now he went bankrupt doin’ it, but just to see this man come out, got everybody doin’ his dance wearin’ these crazy pants, it was like, wow, look at his take on pop culture, and look what he did. He transcended the game. …

What style of artist are you?

GLC: I am a hip-hop artist. I’m also one of intellect and one of playerism. Like, I can teach you things and give you knowledge, wisdom and understanding and give you game, but I cannot ignore or hide my passion for women. … I love women as much as I love the sweet potato muffins at the Peach Tree. I had those, and my mind was gone, you know what I’m sayin’? Women kinda do that to me a little bit. But also, I don’t glorify violence or negativity or hustlin’ or this ‘n that. I speak in terms of history as opposed to glorification, like “Hey, I did this.” Or this bad thing happened to me. I learned from it … All these negative situations, but instead of me going into a corner and balling up, or going to jail or being in a crazy house or just being out there messed up, I turned it into something positive. How to turn tragedy into triumph. … We are a reckoning-power people bound by no measures. We can do whatever we wanna do. Who’s gonna tell me no? That’s how I feel. You can’t deny the undeniable, that’s what my music says.