Q39 expands (and gets new Jen Tosatto cocktails), Monarch Coffee comes to 35th and Broadway, and the week’s restaurant events 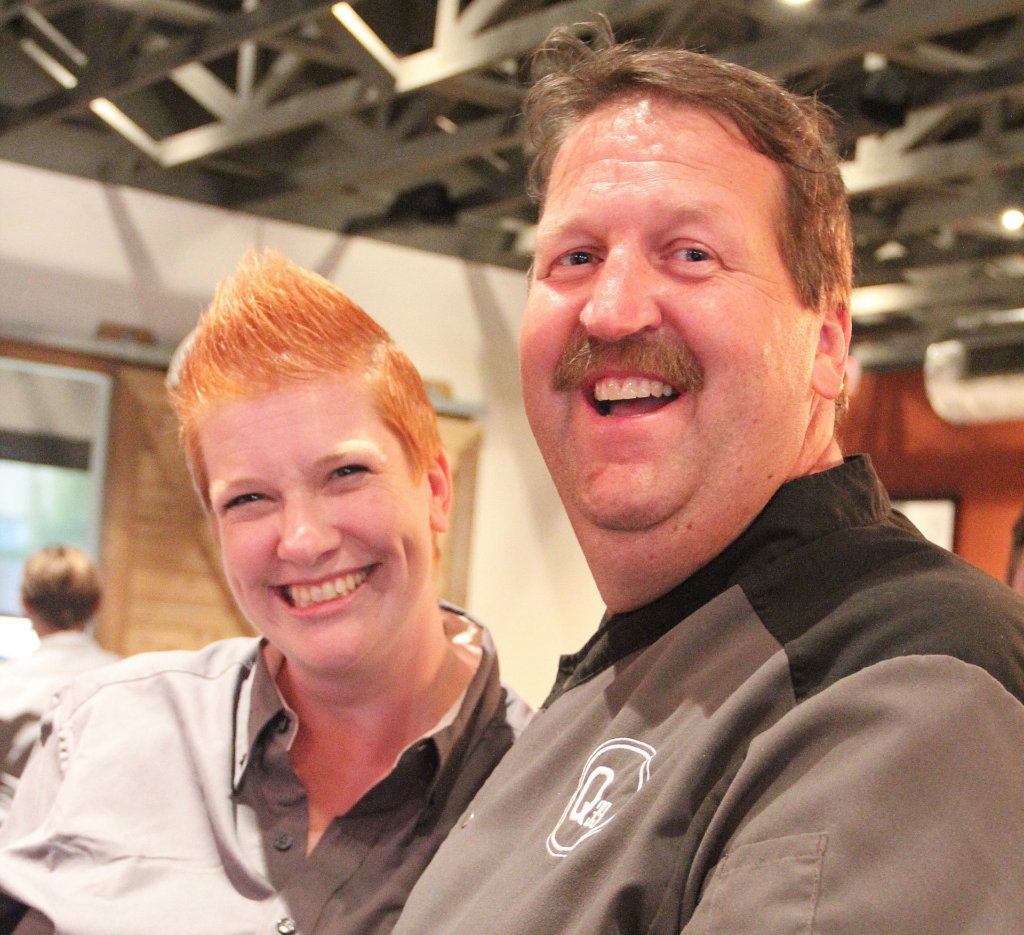 A visit to the bustling Q39 (1000 West 39th Street) usually requires a wait — particularly if you’ve come for barbecue on the weekend. Owner Rob Magee aims to ease your pain, beginning December 1. That’s when he expects to open an expansion on the west side of his current space, accommodating nearly 100 additional diners.

“We’ve really drilled down on our Yelp reviews,” Magee says. “The goal is to cut down on the wait time.” The space he’s adding, formerly a nail salon, has been gutted to make way for a private-events room that can be used for regular service as well. It’s under construction and will accommodate up to 50 diners. A three-season outdoor patio, with a covered pergola and outdoor heaters, will seat up to 48 more. (Meanwhile, a 200-seat second location for Q39, at 11051 Antioch in Overland Park, is slated to open next May.)

And these aren’t the only new things going on at Q39. For the past three months, Jenn Tosatto, The Pitch’s 2016 Best of Kansas City Best Bartender winner, has worked as Q39’s bar manager, and has just released her first cocktail menu for the restaurant.

“My style is brown, bitter, stirred, and in your face,” Tosatto says. The new menu, she adds, “is a good blending of my style and Q39.” And while a competition-caliber bartender is not typically what you’d find in a barbecue restaurant, this particular meeting of the minds is definitely working. Her latest drinks more than stand up to the rich food here.

Tosatto calls her new Everybody’s Girl one of her favorite cocktails to make. It mixes Grant’s scotch, cream sherry, Averna, a house-made cherry cordial and Bitterman’s burlesque bitters, and it delivers mellow sweetness without any scotch burn. 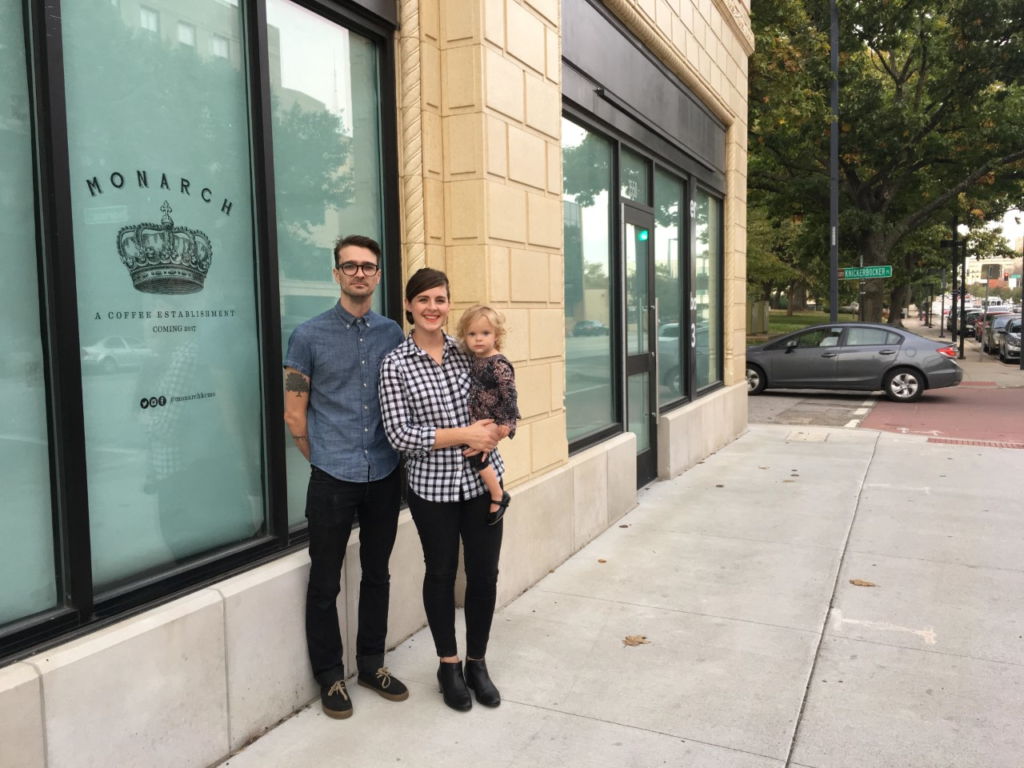 Midtown is getting a new, locally owned coffee shop. Husband and wife Tyler and Jaime Rovenstine plan to open Monarch at 3550 Broadway in May 2017.

Tyler Rovenstine is a familiar name in the Kansas City coffee community, having put in stints at the Roasterie and Oddly Correct, and as the manager of Quay Coffee. In 2013, he was a winner of the South Central Regional Barista Championship, a competition hosted by the Barista Guild of America — a lofty honor in the coffee world. Tyler is also a Q-grader.

As Jaime Rovenstine tells it, “A Q-grader is basically someone who is a professional coffee taster and coffee rater. It’s the only professional designation in coffee …  the industry’s equivalent to being a wine sommelier.” Jaime, an artist who also works at the Nelson-Atkins Museum of Art, will focus on the design and marketing elements of the business.

The Rovenstines live in midtown, within walking distance of their new business, and say they want to be part of the revitalization occurring in this part of the metro, alongside businesses such as Dear Society, Bai the Way, Krokstrom Klubb and Market, and Shio Ramen, among others. Monarch will be located in the MAC-owned Ambassador Apartments building and will source its coffee from local producers as well as from vendors around the country.

Bluestem (900 Westport Road) begins its extended happy hour this week. Starting on Tuesday, Megan and Colby Garrelts’ doors open at 4 p.m., with a selection of small plates and snacks available until 5, and the regular thereafter. Specials include $6 cocktails designed by Andrew Olsen, and discounts on wine and Boulevard Beer.

The Lawrence location of Port Fonda (900 New Hampshire) turns a year old today, and is commemorating the occasion with a party. Expect dinner specials, a taco-bar buffet, $5 “Larry” margaritas, $3 shots of Del Maguey and Single Village Mezcal, and $15 buckets of Dos Equis.

Spend an evening immersed in the story of Winston Churchill at the Pendergast Club at the Majestic Restaurant (931 Broadway). A $50 ticket to “Churchill and Chill” includes heavy hors d’oeuvres, two whiskey cocktails and two books, Churchill’s Companion and Hero of the Empire (by Kansas City author Candice Millard). Lee Pollock, of the Churchill Centre, speaks. The Pendergast Club is cigar-friendly (Churchill would have it no other way), which means you can bring your own cigar or  buy one there. Tickets are available via Eventbrite.

Today is your last opportunity to enjoy brunch at Bluestem (900 Westport Road). From 10:30 a.m. until 2 p.m., offerings include caviar and eggs, shrimp and grits with andouille sausage, crepes, quiche Lorraine and more. Expect chef’s and cocktail specials. Reservations are highly recommended; see bluestemkc.com.

Learn to make French macarons today with one of the city’s most prominent producers, Natasha Goellner of Cirque de Sucre. Today’s class, from 1 to 5 p.m., is located at her kitchen classroom (216 West 73rd Street) and will take you through the making, baking and filling of macarons. At the end of the day, you’ll take home two dozen of your own creations in Cirque de Sucre’s signature box. Snacks and beverages will also be provided. See Cirque de Sucre’s Facebook page for tickets.

Crepes lovers should head to Lawrence for tonight’s class at the Merc (901 Iowa Street). Instructor Rachel Ciordas will teach and interact with attendees on the making of both sweet and savory crepes. On the savory menu are lacy herb crepes with tarragon chicken, a galette Florentine, and buckwheat crepes with spinach filling. For dessert, Ciordas will demonstrate how to make chocolate-nut spread as well as crepes Suzette — the Suzette part being an orange butter made with cognac. The $18 class includes samples of the dishes. Register at themerc.coop.