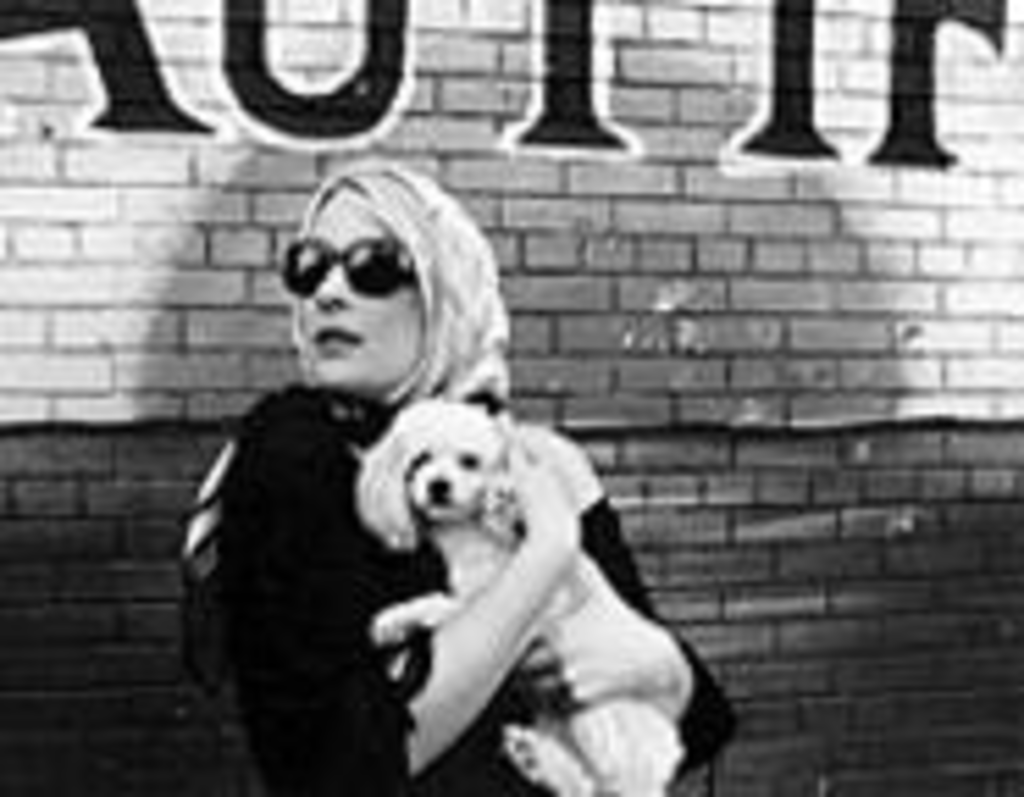 Sooner or later, artists arrive at a crossroads in their careers, a point at which they can either take a risk in hopes of realizing their dreams or stay put, deciding that they’re content with the status quo. Princess Superstar is at such a point right now, faced with the age-old musical quandary of signing with suddenly interested majors or sticking with the stalwart indies. But she is unusually well-prepared to deal with the dilemma. The underground hip-hop icon, with porn-star looks and a flow like Pepa, is already a bona-fide superstar overseas on the strength of her salacious, side-splitting single “Bad Babysitter.” Here in the States, though, the Princess (Concetta Kirschner) could walk down the street without getting a second glance — unless she were wearing one of her persona’s trademark bikini tops.

“In the UK, I’m a star. You know, like a legitimate fuckin’ pop star,” Kirschner says. “So it’s weird to have this disparity between that and what I am here, which is like an underground hero. I like to have both. It’s cool to roll up to those fancy hotels over there and then have to be down to earth over here.”

So far, four-star living hasn’t spoiled this Princess, who regularly makes sport of the corporate music world, whether mixing A&R rejections left on her machine into songs or naming her independent labels Big Rich Major Label and the Corrupt Conglomerate. Yet Kirschner definitely wants to be recognized for the unique work she does in a genre defined by copycats; listeners can hear that longing when she raps In ’95 I called my first CD Strictly Platinum/But it didn’t go platinum/It went back to them or notes in “Dichotomy,” a track from her latest disc, Princess Superstar Is, how she stays two-to-a-room at the Red Roof Inn while Korn gets bored at the Four Seasons.

“I’m terrified that it’s going to affect my music if I become a big star,” she says. “Already it’s scary to me with the success of ‘Bad Babysitter,’ ’cause even sitting down to write now, it’s like, ‘OK, gotta make another hit.’ I never ever used to write like that. I just used to do my own thing because no one fuckin’ cared before.”

In the near future, plenty of people will care, and songs might not be the only hits with which Princess Superstar will need to be concerned. If she signs with a major, Eminem-skewering lines such as Don’t be mad Em; I’m just playin’/I wish I had a Dr. Dre and sold out shows/One million white faces in Dayton could fuel an all-out coed rap war the likes of which hasn’t been seen since Heather B. battled Eric on The Real World. “After you sign with a big label, the entire context changes,” Kirschner admits.

If there’s one thing Kirschner’s Princess doesn’t need, it’s change. She has created something all but unprecedented in the world of pop music: a feminine voice that colors rap’s holy trinity of sex, money and power with an effervescent sense of humor that lets the listener in on the joke. She is perhaps the only woman who can compare hard-ons to Kid’s high-top fade and make it sound crazy, sexy and cool.

“I actually take it as a compliment when people think I’m funny, because, you know, to be a comedian is really something, so I don’t mind being considered a comedian,” she says. “But I hate it when people think I’m a novelty or something.” That’s understandable, given that Kirschner has started two labels, produced most of the tracks on Princess Is and held her own on the mic with major players such as Kool Keith and Bahamadia. Kirschner sees herself and her persona as role models, which is why this major-label decision weighs so heavily.

“It’s difficult for me, because I’ve always been like the Fugazi of hip-hop,” she explains. “I started my own label, and everything I do is sort of subversive. That’s been my vibe. So now they’re like calling me, and of course I want to blow up bigger than I am. I’m tired of rolling up to a town and you can’t find my record at a store even though it just came out. It’s a fight.”

It’s a fight for which Kirschner should be ready. While hanging around the male-dominated rap game on her own terms, she has developed a persona that can be as intimidating as it is alluring. “On the personal side, it’s bad for me because it makes it hard to find a boyfriend,” she says, though lines such as I’m raunchy/Damn foxy/I’m getting on my knees/You keep on watching hockey would seem to strike an immediate chord with amorous sports fans everywhere. “But I think being intimidating is also good when you’re trying to set a precedent for other women who would like to get into this industry and start producing and start spinning and start singing and start their own label, because those are all things I do,” Kirschner says. “Women don’t have a lot of role models in music in general, but especially in hip-hop.”