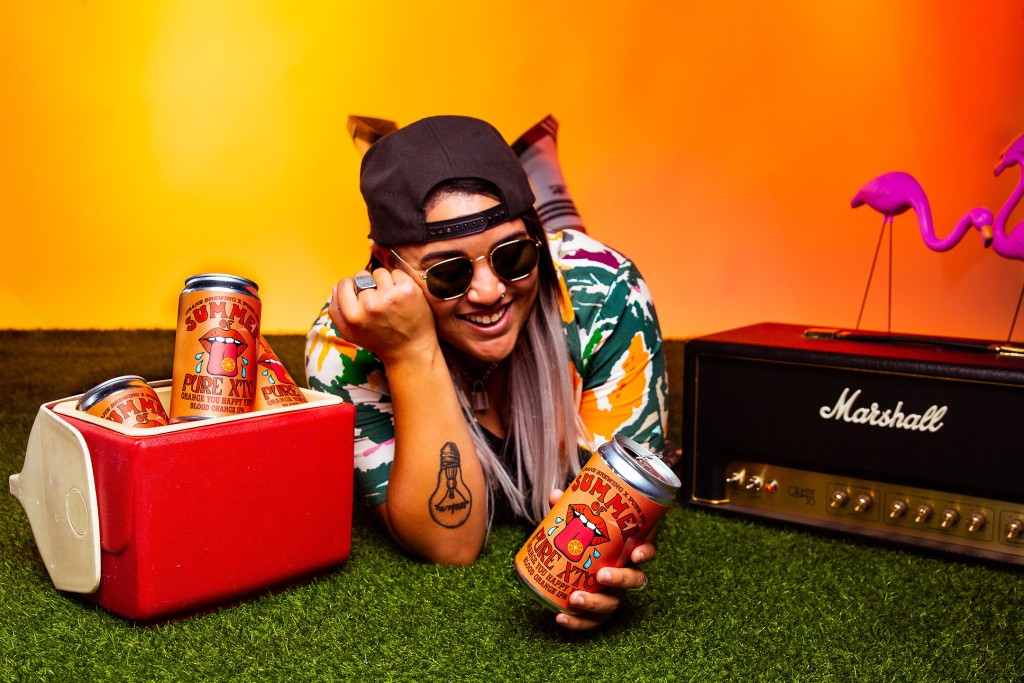 Taylor Hughes had one heck of a summer.

The Summer of Pure XTC Orange You Happy Yet? beer is a blood orange IPA with spices and is due to be released next month, just in time to pair with those last few days of warm weather.

The release of Orange You Happy Yet? also coincides with the release of Hughes’ next pure xtc EP, Shed My Skin. When we spoke with Hughes by phone about the EP and the brewing collab, we had quite a few questions and began by asking why smaller and more frequent releases appeal to her. 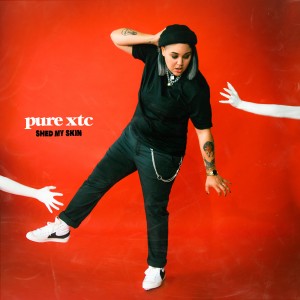 “When I put out my first EP, it was a different mindset. When I was writing those songs, I was letting some of the darkness out that I just built up for years, going through different things in life, past traumas, and things like that. I just needed to get it out. Now I feel like I’m in a completely different head space.”

Because of that change in mindset, Hughes feels that if she would’ve released these new tracks on the same album, people would’ve had emotional whiplash.

“If you’re in a darker place or you’re just kind of wanting to chill out, my first EP [Nobody’s Home] would be perfect for that,” continues Hughes.

“My second EP is more for you to listen to around people and dance and interact. It’s just a different experience.”

It’s true. The difference between the songs on the upcoming Shed My Skin and the previously-released Nobody’s Home is like the difference between INXS and Depeche Mode—similar sonically, but one is a lot more upbeat and the other is darker. But new sonic tones aren’t the only unique thing about the upcoming EP release, with Hughes moving into the world of craft beers at the same time.

The story’s an interesting one: Hughes was trying one of Crane’s beers at the International Tap House in the Crossroads—the Migration Patterns IPA, to be specific—and after a couple of drinks, she thought to herself, “What if I came out with a beer that released at the same time as the EP so you could experience both at the same time?”

The Orange You Happy Yet? release was brewed this past weekend at Crane’s Raytown brewery, and will be available mid-September, says Hughes.

“The official release date is September 10. At Crane, I’ll be playing a low-key set, kind of stripped-down that day and we’ll crack the keg.”