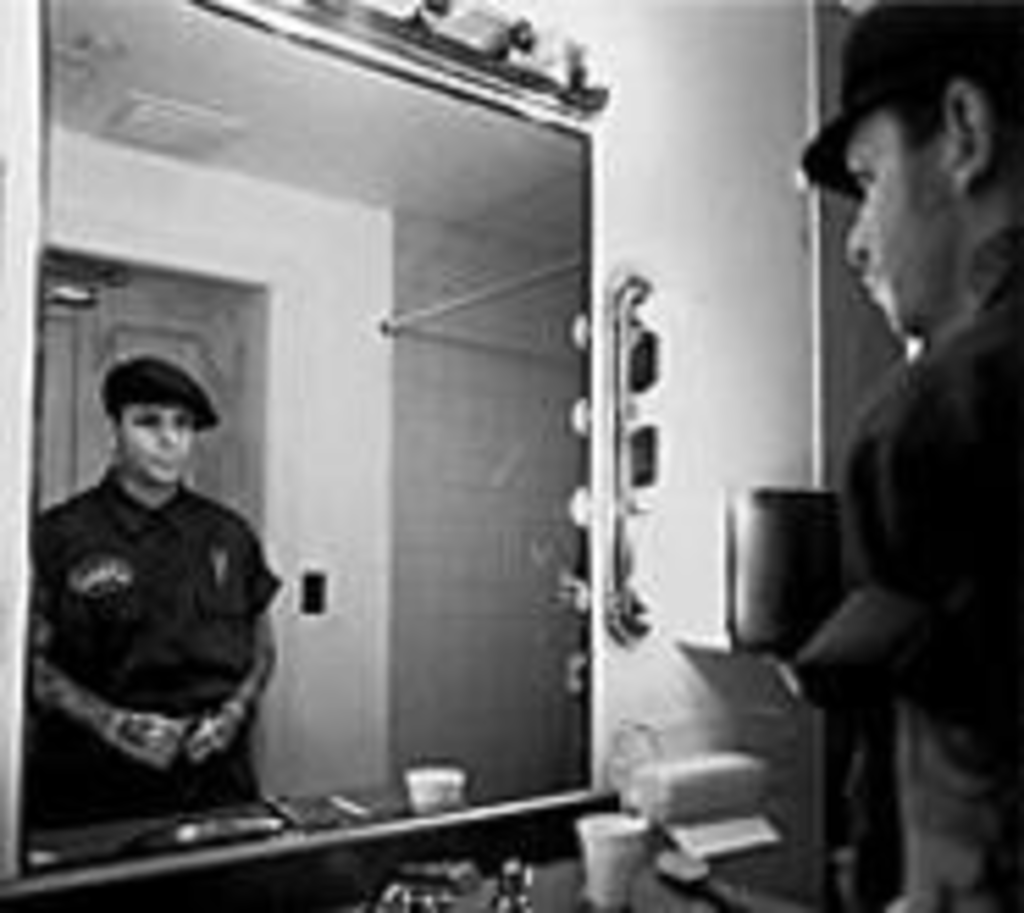 Yeah, we all know that 42-year-old Mike Ness is a punkabilly legend, having fronted SoCal’s trailblazing Social Distortion through numerous lineups, ass-kickings, calamities and triumphs for 26 years and counting. And you’ve probably also heard that Social D is on the road behind the band’s first album in eight years, the snarling, introspective Sex, Love and Rock ‘n’ Roll.

But I bet you didn’t know that in 2003, Ness founded Black Kat Kustoms, the Orange County shop where the longtime chopper and hot-rod enthusiast (and gifted graphic designer) can usually be found working on some vintage ride, when he’s not touring or hangin’ with his two sons on his farm. Can a show on the Discovery Channel, à la American Chopper or Monster Garage, be far behind? We can see it now …

While Mike’s out working on new tunes, Phil gets a call from the CEO of Hot Topic — he wants a custom bike for the company’s annual meeting, pronto! Unable to reach Mike, who doesn’t believe in cell phones, Phil rounds up the gang, and they miraculously transform a ’77 Harley Shovelhead into the Good Charlotte Machine, complete with snakeskin seat, chrome triple trees and a sweet Madden Brothers airbrush job on the tank. But just as they’re finishing up, Mike comes in and takes a sledgehammer to the beast, making his crew swear they’ll never even think about selling out again!

Episode 2: Doin’ It for Jonny

After Jonny throws out his back while tearing through a tricky chord progression, Mike and the boys decide to cheer him up by tricking out his beat-up ’78 Olds Regency. But when he sees the sick hydraulic guitar rack the fellas installed in the trunk, he jumps for joy and puts himself out of commission for three more weeks …

Stay tuned, and keep on rockin’!