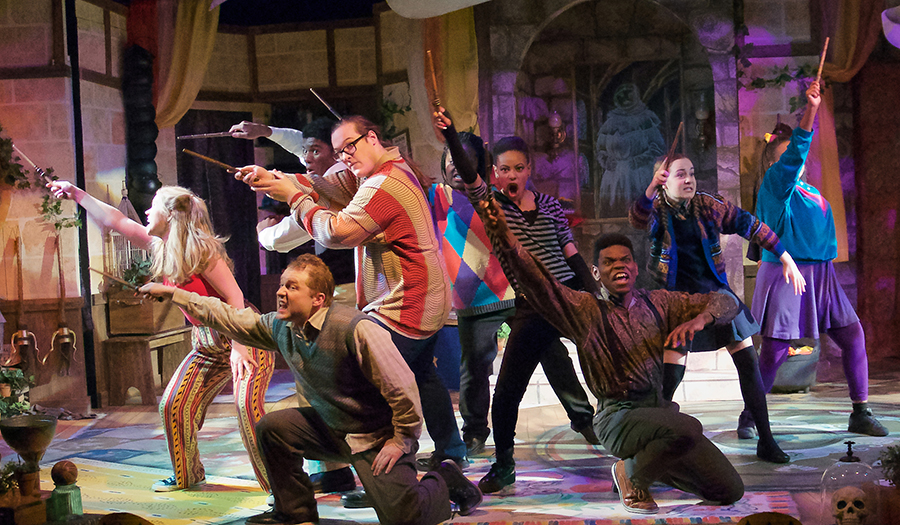 Each of us is the main character in the story of our own life. It’s completely natural to think of yourself and your life in that way–you get to be the most important person to you. Things can get complicated, though, if you wind up relegated to an actual background role in the fictional and wildly popular story of the most important boy in wizarding history.

Oh, did you think Harry Potter was the only ambitious boy with magical powers and murdered parents to be admitted into the Hogwarts class of 1998? Nope!

Puffs–subtitled “Seven Increasingly Eventful Years at a Certain School of Magic and Magic” and advertised as “a show for anyone who was never destined to save the world–is the story of Wayne, another ambitious, magical orphan with a trio of plucky friends and a yearning to do and be something great. Wayne, though, never seems to get his shot, starting with being sorted into the house of Hufflep–er, just “Puffs.”

Yes, we all know what we’re talking about here, even if the thing that Shall Not Be Named is pretty much everything mentioned and seen on stage.

This particular unnamed wizarding school is divided into four houses–separating students along lines of bravery, intelligence, ruthlessness, and … other. Those “others” are the Puffs. They’re the kids who just want to have fun and be nice and they also may not be super good at magic or, well, anything really. Their ranks were disproportionately previously homeschooled and their biggest goal is to not come in last in at least one school event for once. 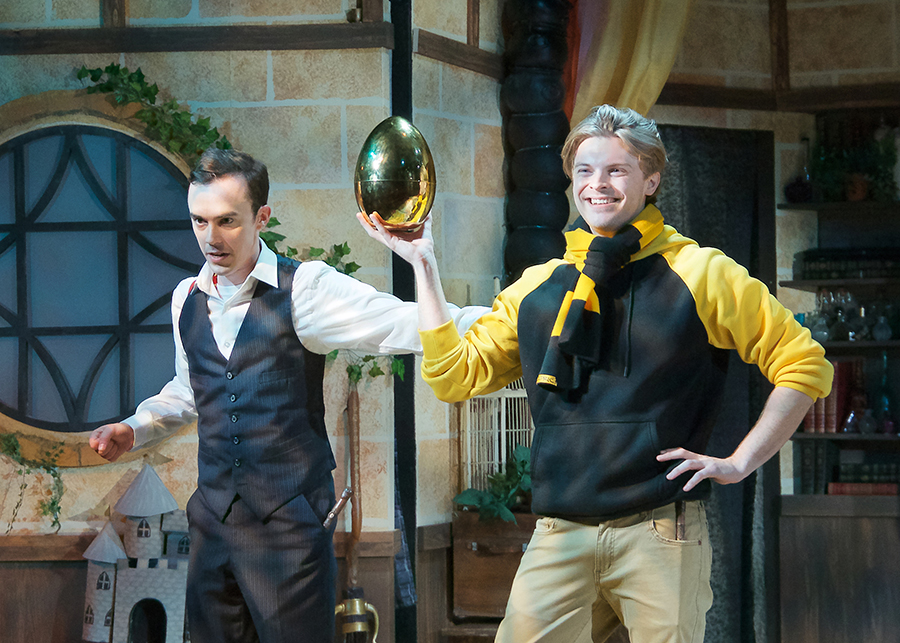 The show covers all seven years of Wayne’s (and therefore also Harry’s) Hogwarts experience in a brief 70 minutes. While Harry was fighting giant snakes and competing in inter-wizarding school tournaments, there were other students going through those same events, after all. And each was the protagonist of their own adventure. Even those who you might have thought were content to sit on the sidelines. Even the Puffs.

In order to get through a series spanning a decade and seven books in just over an hour, you need a tight ship, and “Puffs” runs one. The ensemble is excellent, driving the show forward with energy, ease, and over-the-top terrible English accents.

But it’s R.H. Wilhoit who steals the show. He serves as the narrator throughout while also switching between a seemingly endless stream of key characters, including Harry himself and every one of their various professors. That might sound frenetic but Wilhoit manages to maintain the unflappable calm of a quintessentially British authority figure.

Puffs is the best kind of parody–one that approaches its source material with endless love and a hearty dose of cheek. Matt Cox’s script is wall-to-wall references to both the books and the film adaptations so if you’re not overly familiar with the source material going in, just be aware that not much here is likely to make a lot of sense. For existing Potterheads of any age (they recommend the show for ages 8 and up but there’s no upper limit on that age range), Puffs is a total delight.