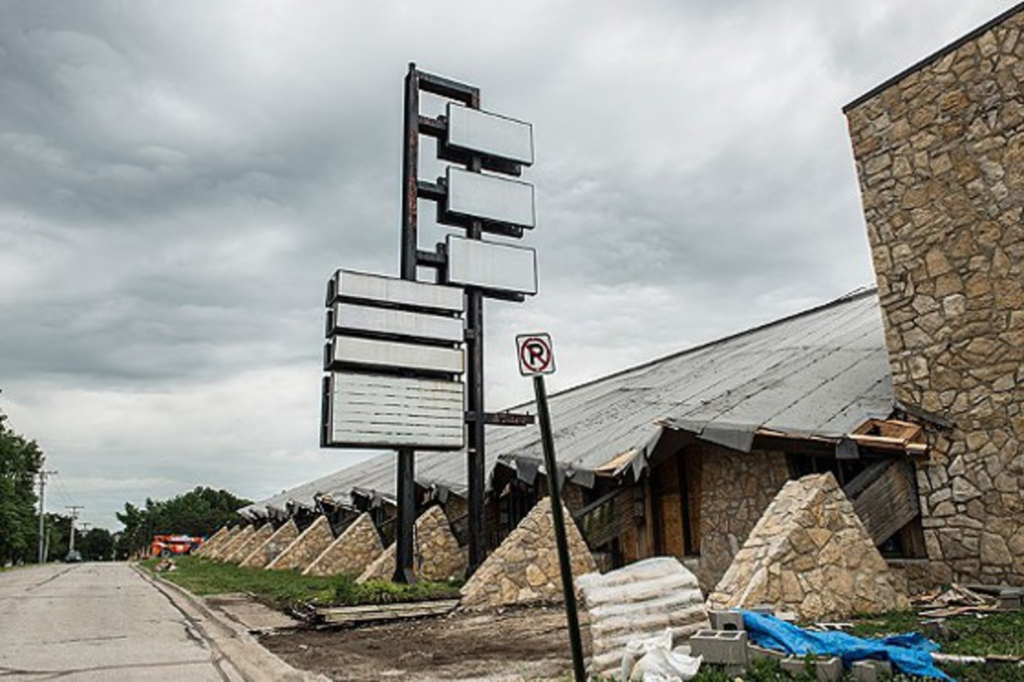 A slim majority of Johnson County commissioners voted on Thursday against a bond issuance that would have raised $10.2 million to fund work on the King Louie building in Overland Park.

The county bought King Louie late in 2011 for $1.95 million and then committed another $1.6 million toward buttoning up the ramshackle building at 8788 Metcalf. It used to attract teenagers and families to its bowling alley and ice-skating rink when it functioned as a private enterprise.

The murky history of Johnson County’s ownership of the building is now even murkier.

“It’s totally up in the air,” Klika tells The Pitch.

Thursday’s vote would seem to validate criticisms of the county’s 2011 purchase of the building, which took place with a different county commission that still included Eilert, Peterson and Ashcraft.

The purchase came at a time when the county was paring staff and services during the recession. So why spend a few million on an old, dilapidated building that some people admire for its kitschy architecture? The county wanted a new home for its museum, which is now in a small houselike building off the beaten path in Shawnee that has trouble keeping the rain out. The county flirted with the idea of making it a National Museum of Suburbia, but later realized that was a bad idea.

It envisioned other uses: a transit center, an early voting location and a place to move the Enterprise Center from where it currently leases space in Lenexa.

Now all those plans are on hold, and serious consideration may be given to selling the building. Whether a sale on the open market could recoup the county’s $3.6 million investment is anyone’s guess.