Prison Broke Part 3: Missouri DOC Director George Lombardi makes a run for it, ahead of auditors 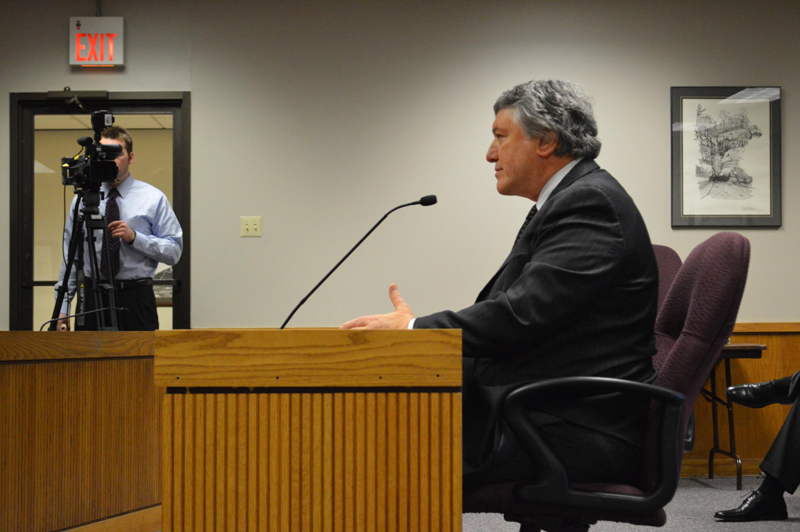 George Lombardi, the department’s director, sent an e-mail to the more than 11,000 employees who work under him on December 15. It reads, in part: “It is with a heavy heart that I share with you my decision to retire/resign my position as Director.”

The move was confusing because, even as he was sending out his e-mail, his staff and Gov. Nixon’s office were refuting its contents.

David Owen, spokesman for the department, denied in an e-mail that Lombardi had stepped down: “The director has not resigned. He continues to serve as the director of the Missouri Department of Corrections.”

When Owen was asked whether Lombardi’s e-mail had really originated with the director, he did not respond.

Hours later, Owen revised his statement in another e-mail: “For clarification, Director Lombardi will continue to serve as the director until the end of the current administration.”

Lombardi was not available for comment. A St. Louis Post-Dispatch newspaper reporter was able to reach Lombardi by cell phone; the director told the reporter, “I’m not interested in talking to you.”

Gary Gross, director of the Missouri Corrections Officers Association, said he’d had “an enormous number of calls” from officers who received the e-mail, expressing relief that Lombardi had resigned.

McCann Beatty recently sent a letter to Greitens asking for the nationwide search for a new prison director.

“The allegations of sexual harassment and sometimes violent retribution by state Department of Corrections employees against their co-workers are disturbing,” McCann Beatty said in a recent statement in which she requested an investigation into the allegations. “The fact that the department paid out nearly $7.6 million in taxpayer money to settle lawsuits related to these allegations in recent years — while keeping lawmakers and the public in the dark about them — is unacceptable.”

Lombardi is leaving the department as at least two investigations are getting under way to probe numerous cases of discrimination, sexual harassment and retaliation against employees by their co-workers and supervisors; the pattern was uncovered by The Pitch in a cover story last month (“Prison Broke,” November 23). The state has quietly spent millions of dollars settling cases while not admitting wrongdoing, The Pitch found. Discrimination and retaliation among employees continues to flourish in the prisons, and much of the bad behavior often goes unchecked.

The Pitch also found that legislators were unaware of the lawsuits and the amount of tax dollars being spent.

Rep. Todd Richardson, speaker of the House, has called for one of the investigations. On December 15, he said he wanted the investigation to be a joint probe by the Missouri House and  Senate.

Richardson would not comment on Lombardi’s resignation, said his spokesman, Trevor Fox.

The speaker has said that The Pitch’s findings were “extremely concerning.” He added, “We cannot and will not tolerate what appears to be a pervasive culture of sexual harassment that is also costing taxpayers millions of dollars.”

Sources told The Pitch last week that Richardson’s staff had begun conducting interviews of prison employees about the working environment and mistreatment of employees.

In addition, Nicole Galloway, Missouri State Auditor, said she has sent a letter to the department announcing her plans to audit the state legal defense fund, which has been tapped to pay for the lawsuit settlements and jury awards. The attorney general — in this case, Chris Koster — signs the checks. Koster has refused numerous requests for comment over the past several months.

“The article in The Pitch was disturbing,” Galloway told The Pitch last week. “I was alarmed by what was covered in that article.”

Also troubling, she said, was the amount of money being spent.

Her audit, she said, will be a comprehensive review of how the money is spent, not only on corrections department cases but also on cases across all state agencies. Galloway said the earliest she expects a report to be finished would be mid-2017.

“We as taxpayers can’t afford this liability,” Galloway said.

In January, a Jackson County Circuit Court jury awarded almost $2 million to Debra Hesse for discrimination and retaliation she faced while working at the Kansas City prison and, prior to her transfer to Kansas City, at the Tipton prison.

In May, a DeKalb County Circuit Court jury awarded Janet Mignone almost $1.4 million for sexual harassment and retaliation she faced while working at the Western Missouri Correctional Center in Cameron.

“What goes around, comes around,” Hesse said regarding Lombardi’s departure. The state is appealing her $2 million judgment.

The settled and ongoing lawsuits in the Pitch story involve lewd, debasing and vulgar actions against mostly female employees. Women often were referred to on the job as “bitches,” “whores” and “cunts,” and racist and hateful language abounds in court records documenting abuses.

One ongoing lawsuit contends that corrections officer Dwight Yancey’s bad behavior had gone unchecked. The Farmington Correctional Center guard sent Susan Hays, another corrections officer, pictures of what he said was his penis and talked about its size. He discussed women he claimed to have had sex with and described the sexual acts they supposedly had performed. At one point, the lawsuit said, Yancey unzipped his fly and stuck his finger through the opening to simulate a penis. He also would use liquid soap on his hands to simulate semen, according to the lawsuit.

The Post-Dispatch recently obtained Lombardi’s e-mails since November and learned that Lombardi, whose salary is $122,000 a year, had hoped to continue as the department’s director after Greitens takes office in January. According to the Post-Dispatch, Lombardi sent his resume and cover letter to Greitens’ office the same day the Pitch article was published.

“I still have the drive and energy to serve the Greitens administration and my 41 years of experience means that I have faced every crisis imaginable and have confidence accordingly to provide the leadership to guide this Department into the future,” Lombardi wrote to Greitens in one of the emails the Post-Dispatch obtained.

On Thursday, Gov. Nixon’s spokesman did not return a request for comment. Gov.-elect Eric Greitens also did not return calls asking for a response. A member of Attorney General-elect Josh Hawley’s transition team said Hawley would not have comment Thursday.

In Lombardi’s resignation letter, he wrote that he and his employees had “evolved this Department into a national model that is respected throughout the country.” The letter went on: “I now walk away with as much dignity as I can muster and with the advice to each and every one of you to stand tall and have great pride in all you do each and every day.”