Primus’ Les Claypool on his lifelong love of Rush, learning to Moog, and goblins

"It was just such an amazing, wonderful thing." 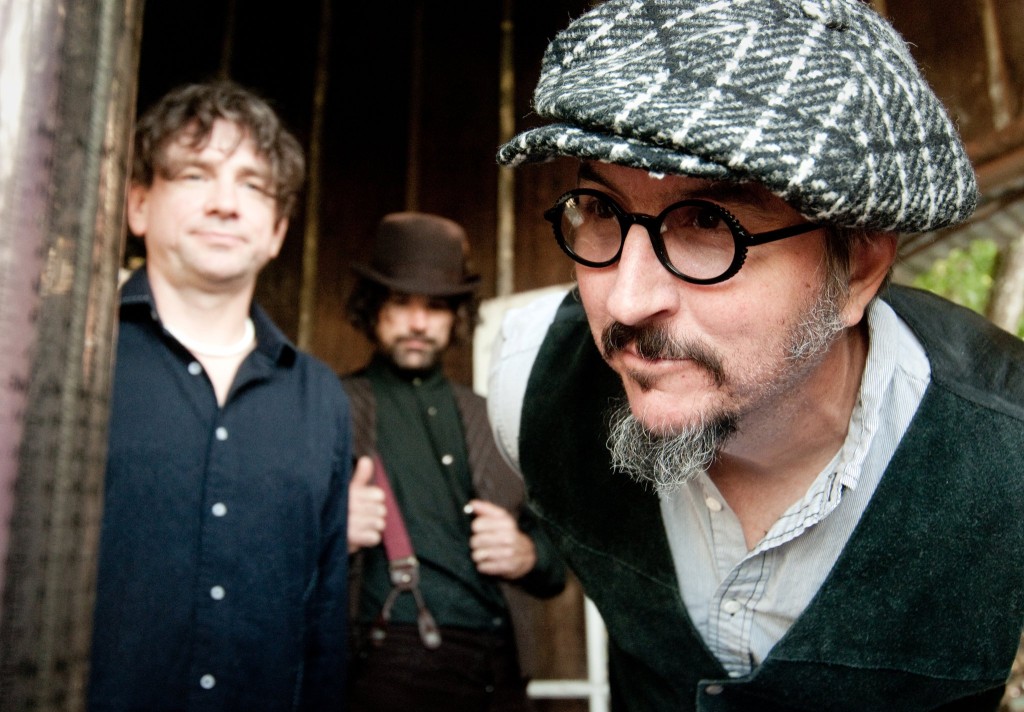 While the long-running band Primus is known to the music-listening world at large for their string of bass-heavy, novelty-adjacent ’90s tracks like “Jerry Was A Race Car Driver,” “My Name is Mud,” and “Wynona’s Big Brown Beaver,” the band’s discography is full of wildly inventive music.

Primus frontman and bassist Les Claypool was influenced by another bass-fronted band, Rush, whose hits also readily eclipse a back catalog of creativity and experimentation.

Claypool wanted to pay homage to his influences, and on their latest tour, Primus is playing a set of their own hits before tackling all of Rush’s 1977 album, A Farewell to Kings, in its entirety.

We hopped on the phone with Claypool last week to discuss all things regarding Geddy Lee, Neil Peart, Alex Lifeson, and anything else involving Grace Under Pressure around Moving Pictures. 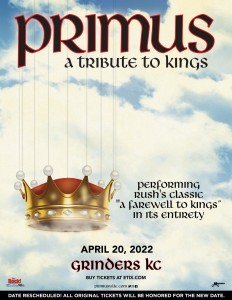 The Pitch: Why is this tour is happening specifically with Primus, as opposed to any of the other myriad musical projects that you have?

Les Claypool: This could really only happen with Primus. That was literally one of the first things. When we auditioned Tim Alexander years ago, it was one of the common grounds that we had. We sat there and jammed on portions of Rush.

Having toured with Rush, was there a little worry on your part regarding tackling music by your friends?

It was more tackling the music of Rush, because Rush was one of those bands back in the day that I went to every single show and worshiped their music. When I was a 14 year-old kid, Geddy Lee was my hero. I know what Rush fans are like, having opened for Rush. [The band] said Primus was one of the only bands that ever went over opening for Rush, because Rush fans–they’re there to hear Rush. So I know how particular they are. I asked Geddy before we did this if it was cool. I didn’t want to step on any toes or have it be weird with those guys. At the time, Neil was still on the planet. We’ve been talking about this for quite a while. They were thrilled with the idea and they’ve been very supportive.

The most daunting thing is playing the music. Playing keyboards, ’cause I’m not a keyboard player and the biggest one is singing the thing and trying to sing those lyrics. Geddy’s up there in the stratosphere as far as that range. That was the most daunting.

Given that you started you planning or thinking about this project when Neil Peart was still alive, was part of how long it took just learning the songs, as you were alluding to?

No, it was just things kept coming up. We were going to do the tour and then the Slayer tour came up. We’d been talking about doing a Slayer tour and it just never happened, then they were doing their final farewell and it was like, “Well, I guess it’s got to happen.” Then postponed it and then of course COVID came in and just changed everybody’s world. 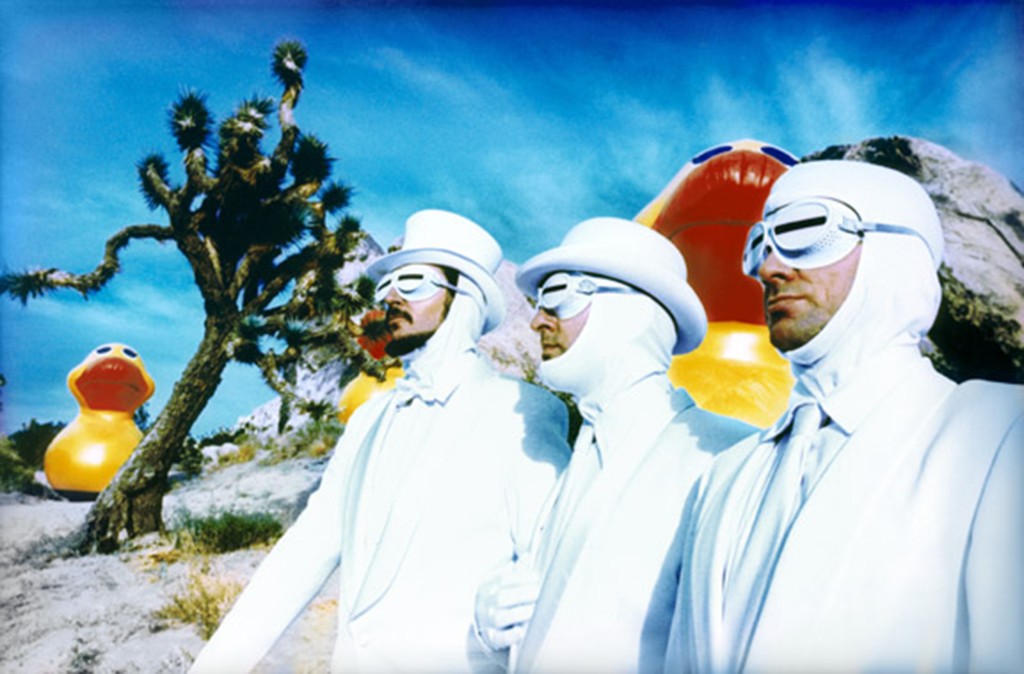 Some of these shows are makeup shows, but this is also an extension of the tour. Is it just so much fun to keep that you don’t want to stop?

It’s actually unbelievably fun. I look forward to playing the Rush set every night. It’s kind of like a little vacation, and I get to wear a silk robe, which is pretty sweet.

It’s just–as you move through life and you do all these things, you’re always looking for things to spice up your world, and variety is the spice of life, and tackling very difficult Rush material with your buddies is challenging, but it’s incredibly fun.

It invigorated the band. Famously, we never rehearsed. We’re the laziest band in the world. We would write some songs for an album, we’d come back to them a little bit, and then we’d get together to rehearse and we played a few songs and then we’d go out: “Let’s go drink some wine and eat steaks.”

But with this, we had to buckle down. We had to really, really rehearse. We got a new rehearsal space that we use–that’s where we recorded these new releases–and it’s just reinvigorated and made us feel like we were in the early days of Primus again, ’cause we used to get together three days a week back in the old days just to play. We had to buckle down on it and it was really a great bonding thing for us and continues to be.

We were doing our dress rehearsal last night, because it’s our first show tonight in Oklahoma City. You’ve got to keep up on that Rush set or it falls away. It gets rough.

All of it, plus I’m playing a little Rickenbackers and it’s just a different thing. It’s funny, ’cause my son is a filmmaker and his little film studio is right next to our rehearsal room. And he’s like, “The stuff sounded really great, but you got to quit trying to sing it like Geddy. You need to sing it like you would do it.”

I just started thinking about some of the songs I have that are in a pretty high register, like “Sgt. Baker” and whatnot, so for some of these songs where it gets way the hell up there, I just kind of throw on my “Sgt. Baker” and I’m able to do it. Once that clicked, it made it a lot easier.

And as far as keys–you see my Moog, and it looks like a box of crayons because I got so many pieces of colored tape all over it, all over the keys, so I know what the hell to play in different songs.

Given that you’re performing your originals before this cover set, does having a shortened set of originals change your approach to that portion of the show?

When we did The Rainbow Goblins record [The Desaturating Seven], we came out, we did a bunch of Primus classics, and then did the goblin record in its entirety and then there was some encore stuff, and we did the same with Green Naugahyde, so it’s kind of similar.

Now, because we were dropping this EP [Conspiranoid] on everybody, we are slipping in a couple of new songs.

Primus has always done weird covers over the years. Is it a way to pay tribute to your heroes or is it just that sometimes, it’s just fun to play a song that you like?

I think it’s a little bit of both. The main thing is, like I said, variety is the spice of life. What keeps you getting up in the morning? You do the same thing every single day, you’re gonna get those gray clouds over your head, you know? That’s why I do so many different projects.

I’m in the middle of so many damn projects right now, it’s crazy, but it keeps me invigorated, keeps me wanting to get up and play my bass and do these things. This is just another twist in the Primus-y world of, “Hey, this is exciting for us.”

Hopefully, that translates to being exciting for our fans that are coming to see it.

First of all, being a Rush fan, I didn’t get laid.

Everything I was doing at that age was to try and get laid. Rush was kind of counterproductive to that, but it was just such an amazing, wonderful thing. It was like being a Trekkie, you know?

I remember, even when we toured with them back in the day, we got a ton of shit from the European press–especially British press–for doing this tour, ’cause we were this new alternative band that was doing all these things and all them were like, “Why are you over here with these prog-rock dinosaurs? Blah, blah, blah, blah.” They really slammed us hard. And I was like, “What the hell?”

Now everybody’s praising them. A lot of musicians that stayed away from them are in their documentary [Beyond the Lighted Stage] saying, “Oh yeah, I always loved Rush, blah, blah, blah, blah.” They stayed true to their thing and did their thing, and it kind of comes around.

At some point, it’s going to be a cool thing, theoretically, but it wasn’t then. It’s very much like being a Star Trek nerd or into Dungeons and Dragons or something–it’s a unique thing that a subculture unto itself. You do it ’cause you’re into it and because you love it, not because it’s cool–to go back to what we’ve discussed so many times. 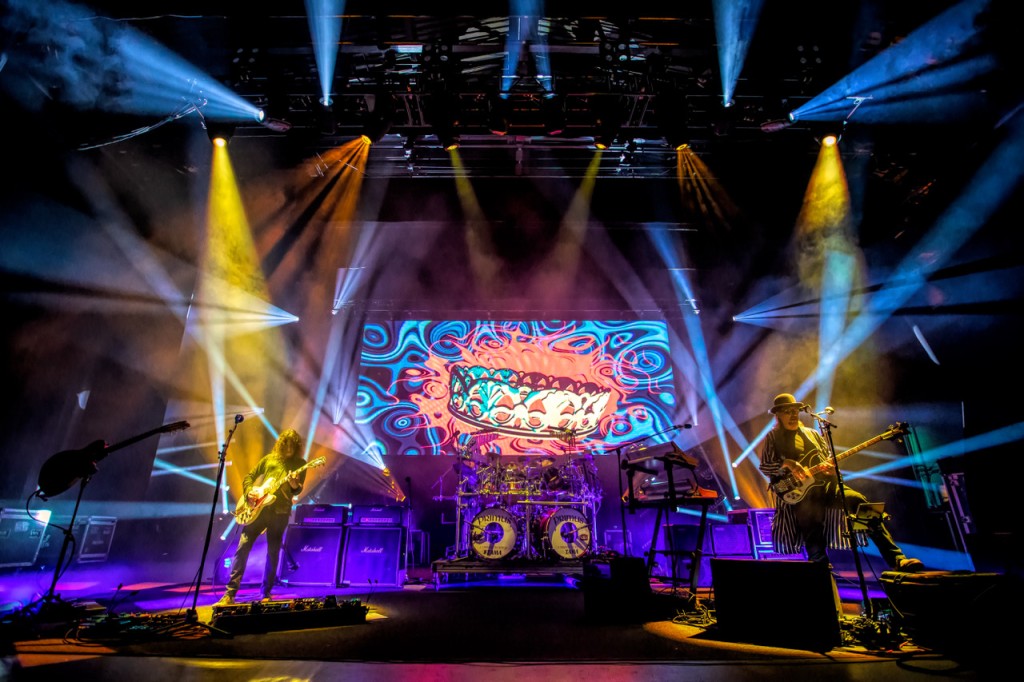 Primus performs as part of their A Tribute to Kings tour at Grinder’s KC on Wednesday, April 20. Details on that show here.