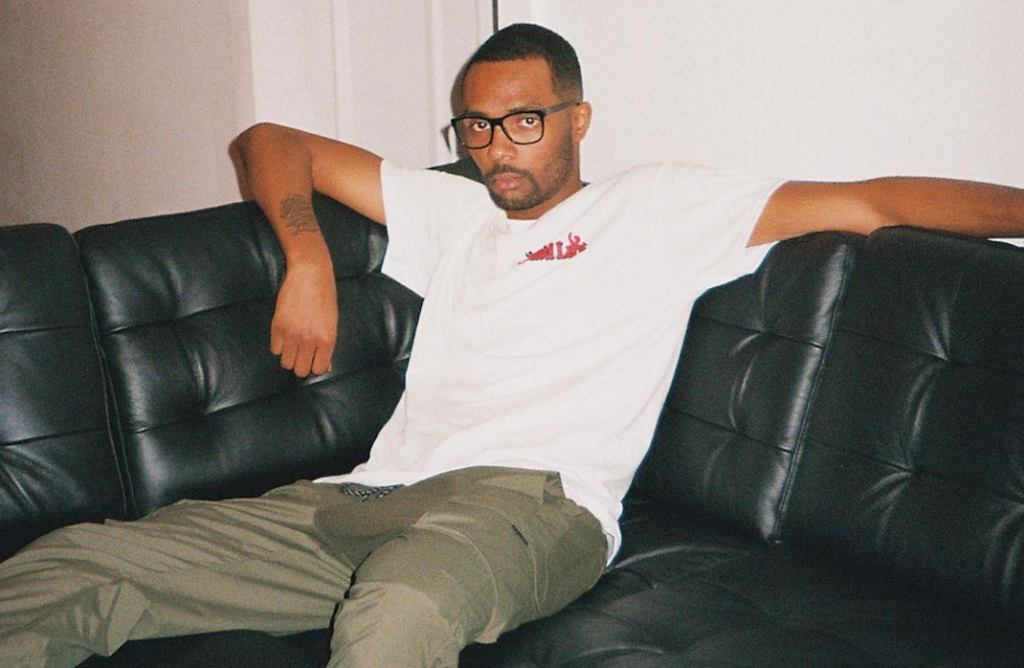 Grandview rapper Southside Dame and I are on a Zoom call and talking about his basketball abilities compared to the rest of Kansas City’s hip-hop scene. He lets out a laugh as he restates himself, “I think I’m the best rap hooper, bro.” Dame played varsity ball sophomore through senior year at Grandview High School but had to give it up during his time at the University of Central Missouri so he could spend more time on his music.

It wasn’t an easy decision. Dame says sports, basketball in particular, are a big part of life in Grandview, citing the success of fellow Grandview High alumnus Alec Burks, the 12th overall pick in the 2011 NBA Draft who now plays for the New York Knicks.

On “Live From The View,” a song from his most recent project, Pretty Girls Listen To Dame, Dame alludes to his time working at The View Community Center. He was a fitness attendant and youth basketball coach for a couple years—“And, fun fact, I’m rock wall certified,” Dame notes. This was all before he got fired, of course.

“I was kinda the plug and I had the whole south Kansas City getting in for free to play basketball and I was hoopin’ while I was on the clock,” Dame explains. “They pulled the cameras, bro. I was literally in my work shirt with basketball shorts on having a full five-on-five game.”

So while basketball has got him in some trouble before, Dame thinks that the competitive spirit and strong work ethic that helped him on the court is serving him well in the studio. One simple metric here is his output: Dame has released at least one project every year since 2016. “I’m not a quitter,” he says. “I believe in myself. I’m OD confident. Sometimes people may take it as cocky, but I’m just really confident in what I bring to the table.”

You might not expect it from someone as confident and skilled as Dame, but he’s a relatively soft-spoken type of guy, which can be a challenge when it comes to music industry politicking. Branching out and meeting new collaborators, like music video director Davin Jeremiah and manager Kaileb Brown, has been a goal he’s been a goal of his lately and it seems to be getting results.

Thus far, choosing music seems like it’s been the right move, and that work ethic of his is starting to pay off. Since the release of Pretty Girls back in September, Dame has been the toast of the Kansas City hip-hop scene. In addition to the thousands of plays the project has racked up on streaming platforms, the music video for “Souf Like Ray”—a playful flick in which Dame goes from office janitor to CEO—is about to hit 10,000 views after just three months.

The attention is warranted, too. Ever since Dame came on the scene around five years ago, few, if any, Kansas Citians have been able to touch his ability to create sleek, relatable, and fun pop-rap. Pretty Girls, at a brisk 21 minutes, is eminently listenable front (the cinematic “Keep It Rollin’”) to back (“Live From The View”—a song that answers the question of what Drake or Big Sean might sound like if they were from Kansas City).

Dame says Pretty Girls is a concept that he’d been planning to execute for a while. “Personally, my interactions and experiences with women kinda drive my creative spirit. I’ve messed and met with a ton of women in the past, and with this project, I wanted to just talk about all those women that pushed me to the point of being that person people listen to.”

He goes on to explain how he used an inverted pyramid method with the album’s tracklist, painting with broad strokes on the earlier songs before getting into specifics of how a relationship devolved as it progresses. The closing track, “Live From The View,” features some of those specifics about an ex who inspired him to start rapping in the first place. “She was super materialistic, super into high fashion, and I’m fresh out of high school. I didn’t have the means to [take her shopping], but I was still breaking bread, still trying to make it happen, essentially making myself go without to make somebody feel good and keep ‘em happy. And that’s kinda what that song is about, ‘cause it’s like, we don’t even talk anymore and I’m like, ‘Damn, I just did all this for no reason?’”

But as I point out, there’s still a silver lining tucked in there. “I’ve really been going through some personal things in a relationship that I just kind of ended and a good friend of mine, DMT O, he kinda told me, ‘If you didn’t go through these things you went through, you wouldn’t have the pain to make the music you making right now,’” Dame says.

If you’ve already played Pretty Girls to death (which would kind of be a feat, considering how fresh it remains after six months), I have some good news for you: Dame already has another project wrapped up and ready to go. It’s tentatively titled Don’t Be Like Me and Dame says it’s about his life since Pretty Girls came out, some additional heartbreak, and working toward the person you want to be in life. “I’m in a position where people look up to me and aspire to do some of the things I’ve done and my message is kinda like, ‘Outside looking in, it might look amazing, but it’s people that you lose and hurt on the road to that sometimes.’”