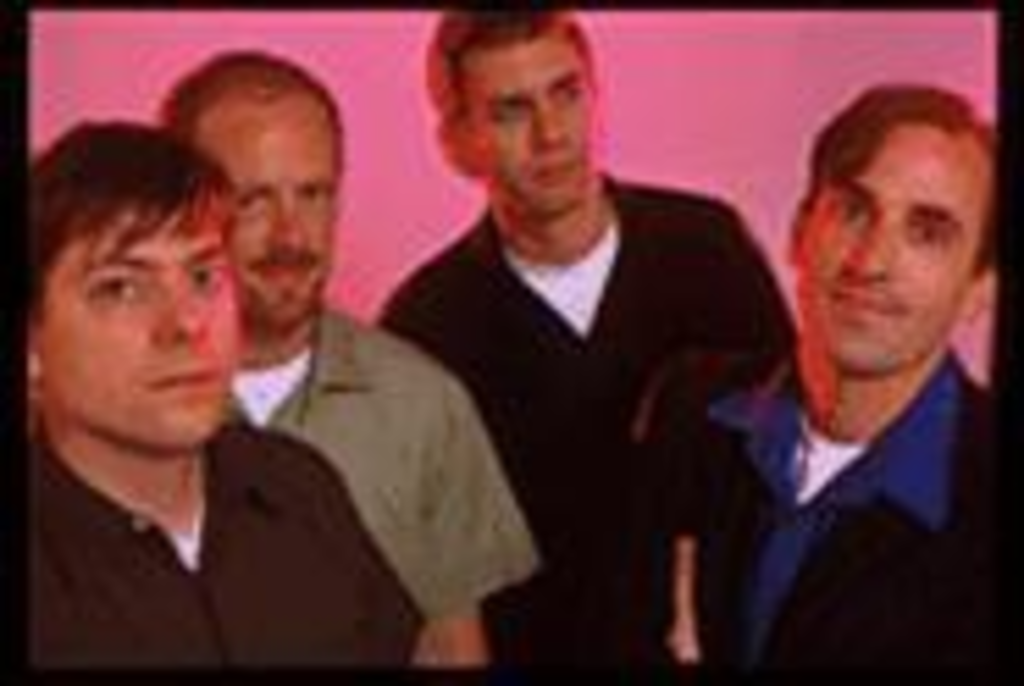 The Actionslacks‘ frontman, Tim Scanlin, used to complain that no one got the joke in the title of the group’s second disc, 1998’s One Word. See, Scanlin considers himself a verbose fellow, one for whom just one word is rarely enough. The proof, though, is not in his songs, which are tidily written and crisply played (more than ever on this year’s The Scene’s out of Sight). Instead, the group’s Web site is the vehicle for Scanlin’s writing, an entertaining and comprehensive tour diary. Where other bands employ a similar strategy to keep fans current but are content to limit the news to one or two sentences on the order of “We came, we saw, we rocked, we ate and drank,” Scanlin shows off a Hunter S. Thompson streak.

Take this excerpt from a recent entry during which Actionslacks opened for UK groups Brassy and Idlewild: “Brassy were … brassy. Muffin Spencer knows how to work a crowd, despite cultivating a look that is pure EMF ca. 1985 (running shoes, knee-high socks, boxing shorts — you get the idea). The band rocked, but the ‘B to the R to the A to the S to the S to the Y’-type thing got a bit tedious after a while. Maybe if I was doing aerobics I would have dug it more….”

Sentences you can diagram. Punctuation. The words “cultivating” and “rocked.” Turns out Scanlin is a ringer, a musician who has toiled for the other side, spearheading the great ‘zine Snackcake, writing for CMJ and editing for Sonicnet over the past decade. Not only is Scanlin unusually articulate, then; he also has a Zenlike patience with negative reviews.

“That’s one of the first rules,” Scanlin says from his Bay Area home. “You will never please anyone all the time. There will be people who hate your band. But we haven’t been skewered. When we get a bad review, it’s more like, ‘I’m not really into this.’ I can’t believe we don’t get more crappy press. Not that we deserve it, but there are people who don’t like the Beatles, either.”

There are two reasons the Actionslacks don’t get more crappy press. The first is that Scanlin gives interviews like someone who has conducted plenty of interviews, which he has. (He claims subjects who intimidated him, such as Matt Johnson of The The and John Doe of X, nearly reduced him to “that Chris Farley character on Saturday Night Live. ‘You know that one song you did?’ The The is essential to who I am as a musician. And the first four X albums are like Coltrane or Mozart to me,” Scanlin says.) Scanlin’s is a good story: a rock writer paying dues a second time as the songwriter for a hardworking band.

Second, the Actionslacks’ hard work shows. Touring, showcase gigs, interviews, radio appearances and day-job trials aside, the band’s improvement in the studio is where the effort is most obvious. Scanlin credits some of that to producer J. Robbins, the Jawbox kingpin with whom the Actionslacks have teamed twice. The familiarity this time allows the band to concentrate on Scanlin’s quick-witted, guitar-driven songs while Robbins adds a thin layer of polish. Scanlin is also quick to credit his bandmates, especially Actionslacks’ other original member, drummer Marty Kelly.

“Marty’s one of the best drummers I’ve ever heard,” Scanlin says. “And the lineup we have now includes two new phenomenal musicians. We started as a trio, and the bass player split in 1998, so we recruited Aaron Ruben from Samiam and Jeff Palmer from Sunny Day Real Estate to help write and record the album.” Since then, Ross Murray and Doug Modi have rounded out the group. Guitarist Modi’s versatility (he also plays keyboards) might free up the group to pursue a different musical path. “Next time, maybe we’ll explore a quieter terrain, less distortion and more texture,” Scanlin reveals. “It’s really easy to stomp on a distortion pedal and get that soft-loud dynamic. It’s harder to create shades of volume and get people’s attention. I want to have songs that share a certain dynamic, a certain theme.” He laughs and backpedals a little. “It’s not like we’re going to make The Wall or something. But we’re huge Replacements fans, and they always had those two soft songs in the middle of the loud stuff.

“I had distinct ideas of how I wanted Scene to sound,” Scanlin adds. “I pretty much come up with the ideas and how I want those ideas to sound, and we flush them out and tweak them in the rehearsal space. That approach hasn’t changed a lot. Practice makes perfect, so the more songs you write and the older you get, you realize there’s a classic structure for rock music. There’s a reason certain arrangement ideas in that vein work. I listen to stuff I wrote when I was fifteen, and it’s just a bunch of parts stapled together.”

If there’s a third reason for the relative velvet-glove treatment Actionslacks has so far received, it’s the ingenious name. “It took us forever to find it,” Scanlin says. “It was, truly, almost the death of our band before it even began. It’s totally demoralizing not to be able to come up with a name.” Scanlin and drummer Kelly, after months of ideas shot down either because someone else owned the name or because the pair disagreed, settled on Actionslacks after the singer jokingly suggested it at a party.

“I was totally kidding,” Scanlin says, “but it works because you’ve got the contradiction of action — people who have their shit together — and slacks. We enjoy slacking off.” The other name seriously considered — by Scanlin, at least — was Sporting Life. “Marty didn’t want to use it because he had no interest in sports,” Scanlin says. “But it’s funny because now he’s totally obsessed with baseball. He missed my birthday party to go to the A’s home opener.”

Laid off by Sonicnet last September, Scanlin, now occupationally more slack than action, says he feels burned out writing about music. “If I could wave my magic wand, I’d be a full-time musician,” he says. “There are other music journalists I know who are my age who have reached the same point, where they’re not into it anymore. I don’t want to outstay my welcome.” But it’s likely that Scanlin’s critical instincts — his ear for what a good record sounds like — will remain evident, like a cowlick that won’t lie down, preventing Actionslacks from outstaying its welcome.