Premiere: ‘Who’s Back’ by Cuee 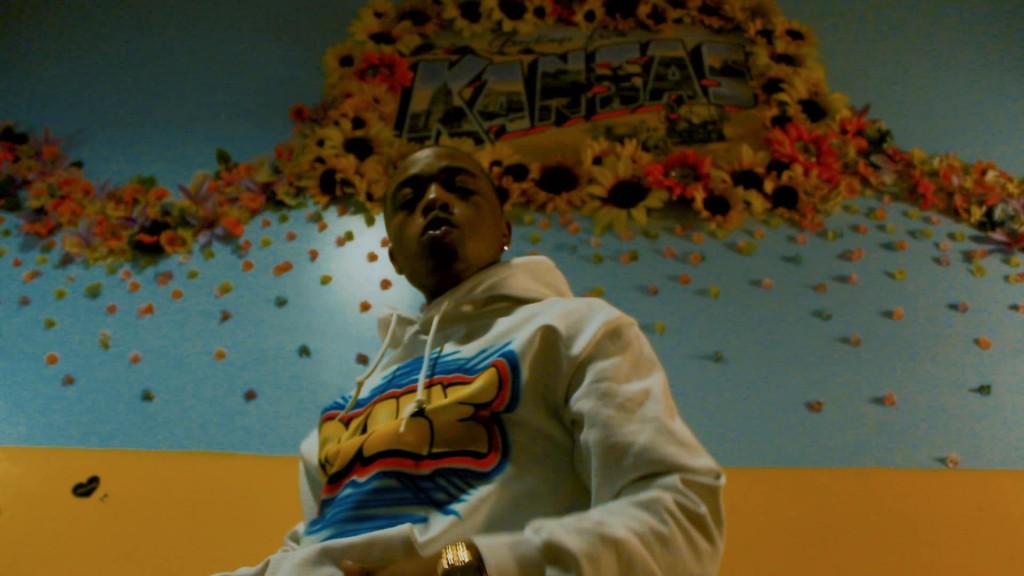 Lawrence-based rapper Cuee is kicking off 2020 with a slew of new releases, and we are here for it. Not only is he the first rapper to appear on the YouTube series Blind Covers, but there’s a new EP and a debut full-length in the pipe. To whet your appetite for those new albums, we’re proud to bring you the aptly-titled “Who’s Back,” Cuee’s first new music since last year’s Shameless EP. It’s an absolute jam, and the sheer positive vibes coming through, combined with the live instrumentation backing him, make this a return well worth waiting for. You can check out the video, shot at Lawrence’s Ladybird Diner, right here, right now, and read a Q&A with the rapper ahead of the single’s release.

The Pitch: How many EPs have you put out at this point?

Cuee: I was thinking about that the other day. I did three back to back, and then I took off maybe about a year and a half and I’m getting ready to gear up out another one. I think I’m gonna do a small EP in the beginning, and then do a full length later in the year.

It seems like every musician I have talked to thinks that EPs are so much more satisfying in a “Here’s where I am like right now” kind of way.

Yes, and my life is changing quickly, so I’d like to get some stuff out now and make a statement.

How is it changing quickly?

Just the transition and just coming into myself—figuring out what that looks like musically—voice changing, and then, like hearing that on the tracks. Coming up, everything is different.

Has being a performer and being on stage helped you in terms of transitioning, or helped you decide to transition?

Actually, it has stopped me. I think, when I first started performing everyone knew Quee, right? I had this image and I was just doing everything and going about it. Then, I was like, “Wow: when I start transitioning, people are going to be like, ‘Who the heck is this person?’” How do I maintain Quee and roll with the punches?

I think performing has helped me be open and out there. I’ve always been shy. You’ve known me since I was an undergrad, and you know that I was very quiet. Performing has essentially opened me up, especially speaking to people and to be free, so I guess it’s a way of saying yes.

Your music has always had this amazing thread of positivity in it. I know you take a lot of inspiration from Chance the Rapper: Is that where you get that positivity, or is that just you?

I think that’s just me. I write about things that happen in my life—and some things are negative, but I don’t like to live in the dark so I always try to put a light spin on things. Lately, I’ve been trying to live in the dark and trying to see how that feels, and see if I can write from that perspective.

Have you had any songs come out of trying to look at the dark?

I can’t even really write them. I’ve been stuck. That’s what I’ve been noticing. Again, embracing who I am. Embracing the positivity, and that being like what I like to write about—trying to dig deeper but still trying to be who I am in my life.

You were saying that you’re thinking that the title of this next album might be Gospel and that fits right in line with that.

Yeah, all about the truth, to come out speaking. Very interesting, my new favorite artist is DaBaby. That’s like my alter-ego artist, for people who don’t really know me, and then there’s Chance the Rapper, and they’re both on this song called “Gospel.” It’s one of my favorite songs that DaBaby has out. Listening to it every morning, I’m like, “I’m gonna just have to call my tape Gospel, because I’m really coming out in my truth and everything that I’m writing is the truth.”

You’ve been performing with a live band backing you—Glass Bandit—how has that experience been, in terms of how it’s changed how you perform?

Man, look, I remember going to Chance the Rapper’s concert at Providence, and he had that band up there, and I was like, “I need to do that next. I want a band.” Just performing with a band is totally different. You have to rap different. You have to move differently—I don’t have the stage as much as I used to, ’cause they’re a 10-piece band, and I usually perform with at least six of them.

They bring a different edge to my music. A lot of my beats are very hard-hitting, Chicago-style, and then I get this funk-jazz band that just takes my music and tones it out. Like, who can make “Feelin’ Lucky” sound the way they have? Only Glass Bandit, so that experience has helped me get a little bit more musically inclined. I think, overall, that process has been a growing process, and I love it and I don’t think I want to perform without one. It’s kind of one of those things like, “Dang, I did it,” and now I don’t see my performing without a band in the future.

You’re stretching out in these different ways. Do you feel that being in like a college town has changed how you approach music versus how you would in Chicago?

Absolutely. I have a lot of friends that are in Chicago right now and they put out some music. It’s different. I think, being in a college town, things are at our fingertips. Not as big as the city, I would say, but there’s a lot more opportunity, especially to get seen or perform. In Chicago, I’d be paying a lot of money to perform, trying to sell hundreds of tickets, but in Lawrence I had the same opportunities to get on the stage and not have to work like that.

I’ve noticed—living here for as long as I have— living in the college town makes you kind of get to be younger longer. It’s like that Matthew McConaughey thing. You keep getting older, but you feel the same age.

That’s exactly how it is. It’s like, everyone around me stays young, so I’m like, “Whoa.” I get to stay in the loop, I guess.

Because you work with students, do you feel—even being a musician, yourself—do you feel that, working with kids in the Career Center, you’re getting turned on to stuff that you probably wouldn’t?

I think it’s two different worlds. I flip those worlds every day. That’s the hardest part about not being a full-time, hundred percent into your craft, is when you work, right? I have degrees in marketing, so I’m doing that all day long, and I’m loving it, and I’m working with my interns and we’re hashing out problems for the Career Center. After that, I have to head into the studio and turn on my creative hat and rap.

Working with students, I think, keeps me in that place in higher ed. I love the students. They help keep me young. They really enjoy my music or at least they say they love it. [laughs] So, it’s been really cool to still be on a college campus.

Actually, the coolest thing about this song, was it started off as a KU class project. KU was like, “Hey, Cuee, we have this new production class. We want them to get cool behind keys. We’ll throw you a beat, write to it—we want to practice recording.” So, we all worked on this song, the song ended up being amazing, and I said, “You know what? I think I’m gonna drop this as a single, because it’s pretty fucking dope.”

This is the first time I’ve been on the mic since transitioning and just really getting everything together. And, the song is in a new style for me, so it all came together. Also, one of the students from the production class is actually also one of my interns. Came to me, and said, “I really want to shoot this music video. I have some cool ideas.” I was like I actually have some ideas, so we sat down and hashed it out, and shot it over two days. It’s just me in the video, essentially making a mark—a statement.