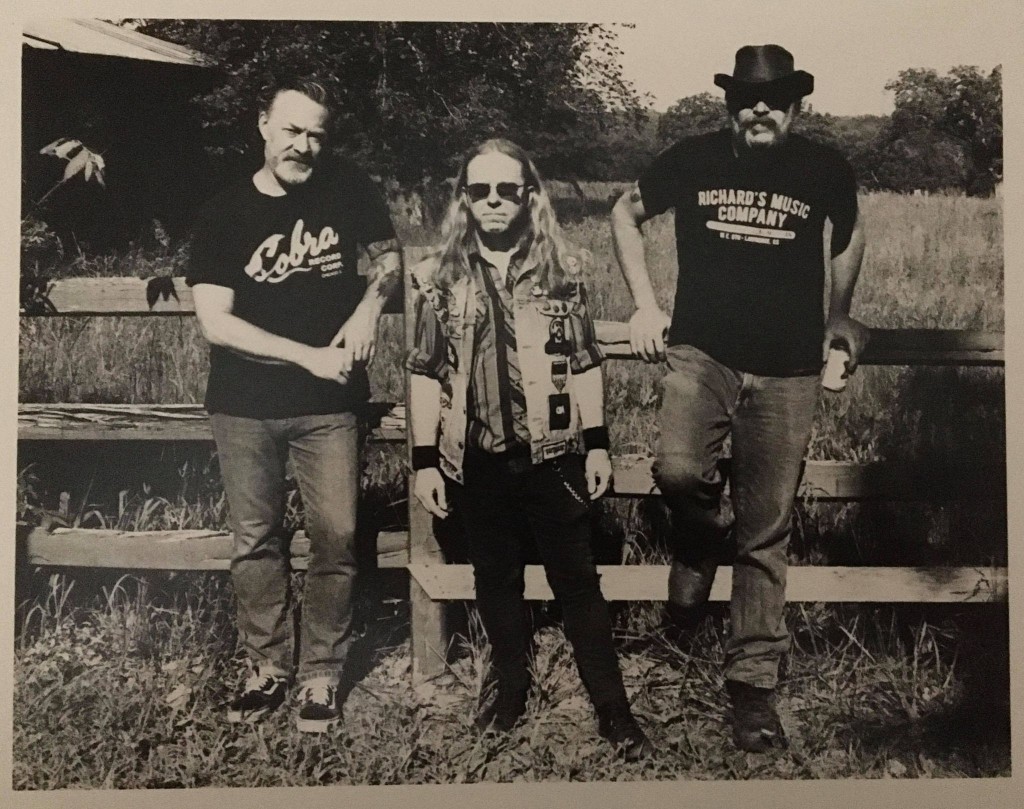 Lawrence’s rock ‘n’ roll trio White Line Nightmares isn’t lacking in pedigree: guitarist and vocalist PK was in the Throttlers, bassist and vocalist John Cutler was in Tenderloin and Parlay, as well as currently playing with the Mad Kings, and drummer Jason Meier hit skins for mi6.

Together, they’re a well-oiled rock machine, suitable for fans of Motorhead, Zeke, the Supersuckers, and other hi-octane guitar-powered tunes.

The video features footage of the band playing live earlier this year at Greaserama, along with a cavalcade of imagery taken from sources as diverse as Meier’s self-shot cell phone footage and F.W. Murnau’s Nosferatu.

Read Meier’s explanation of how it all came to be:

“Over the last couple of years, I’ve become really good friends with a woman named Amber Shay who lives down in Austin, Texas. She has a band called Amber Eye with her husband, Clint. They’ve released 2 records with help from long-time KC turned Austin drummer Kriss Ward (which is how we met). She also recently started her own video production company called Amber Eye Productions. She’s made a couple of them for her band, one for Thunderosa, and soon will be doing ones for both City Life and the Guillotines. Anyway, she really liked the tunes we recorded earlier this year and offered to make one for us. We choose ‘Slash and Burn’ as we felt it was the tune that best fits her style.”

White Line Nightmares play the Replay on Thursday, December 9 with Tick Check and Cretin 66. Details on that show here.

Find more music at their Bandcamp.