Premiere: Stephonne’s “X My <3 (Sexy MF)" is here to take you to gay church 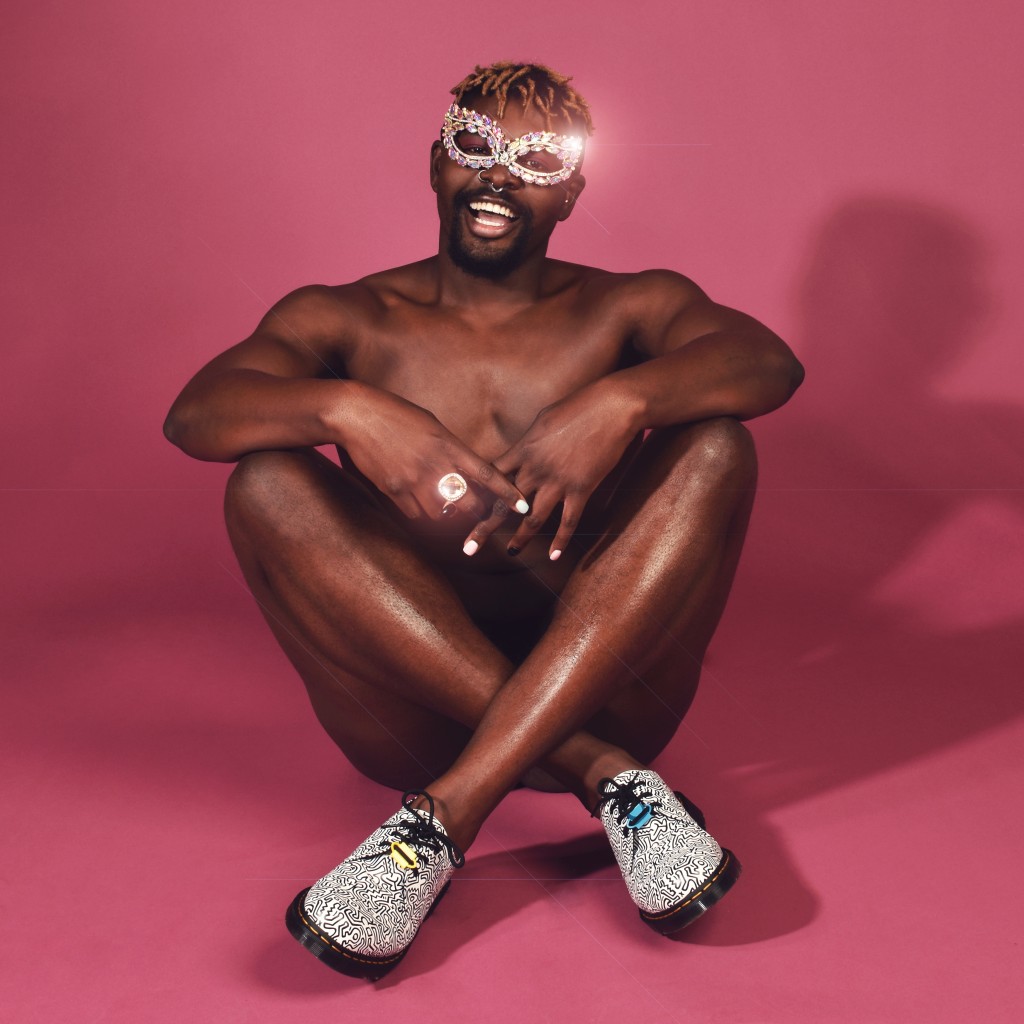 When we first covered the music of Stephonne Singleton back in September 2020, we had an inkling that the soulful-meets-rocking sounds he created would become some of the most appreciated and forward-thinking artistic expressions to be found in KC.

We really had no idea just how much of a force Stephonne would become. In the past year and a half, we’ve found that anyone who sees a live performance from Stephonne and his band, The Gay Rodeo, will walk away singing his praises and ready to see it all again as soon as possible.

Thus, we are beyond thrilled to premiere “X My <3 (Sexy MF),” the first single from Stephonne’s upcoming Sis: Side B EP. We interviewed with the musician about the song’s influences and where it all came from.

The Pitch: “X My <3 (Sexy MF)” marks a much more rock sound than other songs on Sis: Side A. Was this always the intention, or has it come about from playing live with The Gay Rodeo?

Stephonne: I actually wrote “X My <3” a while before the notion of The Gay Rodeo came into play. It was one of those written-in-5-minutes-magical blurs that happened on a walk break at my old corporate job. I held on to the song lyrics and melody for years, sort of like a lot of my material.

It finally felt like the right time to find the chords and breathe life into it when I was writing every release from The King’s Gambit throughout next year. I’ve always loved and have wanted to rock.

From a very young age, the images I saw of rock music were white. I definitely heard myself in it, especially when Nevermind by Nirvana dropped, but I didn’t really see myself. The scarcity of Black rock artists in the mainstream was very apparent to me, and I clung to artists like Prince, Slash, Tina Turner, and Lenny Kravitz.

Learning the history of rock (especially of Little Richard and Sister Rosetta Tharpe) as I grew older, I discovered it was a Black invention. Since my 20s, auditioning for rock bands and being turned away, I’ve wanted to reclaim it. It took me a while to figure out how to manifest and truly receive this music.

It took that time to find the players who could make it happen, too. Benjamin Heart (guitar), Johnny Hamil (bass), Adam Mckee (drums), and Justin Mantooth (engineer, co-producer, mixer) really lent themselves to me and these songs. They had my back from “Want Me” onward, and it helped me find the confidence to truly embrace every part of myself as an artist.

Ahafia Jurkiewicz-Miles was the icing on the cake when it came time to record everything after Side A. They are on this record as well as Side B. Spencer Thut (bass) and Miki P (drums) were further blessings to my life, and after playing together so much and really getting tight, I finally saw an opportunity to have my own version of The Revolution.

Thus, The Gay Rodeo was born, and I feel like the luckiest and baddest bitch in all the land. We definitely liberate one another on stage and tap into something very special. It’s definitely a rock band, but it is so much more, and I can’t wait to keep sharing the magic that we’ve found together with the world.

What has The Gay Rodeo lent to your music-making?

Everyone has, honestly, lent me their all. We all bring years of experience with our instruments and performance art with us, but we also bring a great deal of vulnerability and shared struggles to the table. After I’ve laid some groundwork with the songs, I let everyone sit with them and have their own conversations with the lyrics and music.

When all of us queer and quirky music nerds get together, we share what we’ve found out from those separate conversations, and I’m able to receive all of these beautifully different colors to add to a song’s palette.

In that unity of our individual influences and ideas, we’ve been able to make some really powerful material that taps into a deeper and more complex part of the human experience—the shared one.

All of that is not always roses, but we share a commitment to the music and one another that keeps communication clear and collaboration—under my direction—very fruitful. We love one another very much. You can hear that love live and soon on future material.

On this single, there’s an obvious Prince influence, right down to “Sexy MF” in the title, but it also seems like your live shows have taken a lot from that artist. How did you first come to Prince’s music, and what’s the journey been like as you began making music yourself?

I remember being super young, and one of the channels had Purple Rain on. Prince’s music and persona were everywhere as I was growing up, but it wasn’t until that moment that it all really came together for me. That is when I really saw myself on a television screen and said, “That’s what I want to be when I grow up.”

The clothes, makeup, glam, gender fluidity, ferocity, unbridled sexuality, and authenticity that was still wrapped in mystery—it woke something up inside of me. I watched every reshowing of Purple Rain that I could. I still do, and I made it my mission to find every old Prince recording, interview, and performance footage that I could.

That also meant Vanity 6, The Time, Shiela E, and many more of that tribe.

Prince was one of the first Black men I saw truly being free. And despite defying gender norms, genre, and purity politics, he was embraced and revered by the whole world—Black or white. I, too, choose freedom in my expression. From my lyrics, to my refusal to pick a genre, to my revealing stage costumes and sex positivity, to onstage therapy sessions—Ben calls them gay church.

Like Prince helped to liberate me and embrace my whole self, I hope I’m able to do that for others, too. Trent Reznor is also a huge influence on this song, but you can definitely hear the Purple One, too. The lyrics presented a perfect opportunity to honor that influence in the title, and I will honor Mr. Rogers Nelson every chance I get. 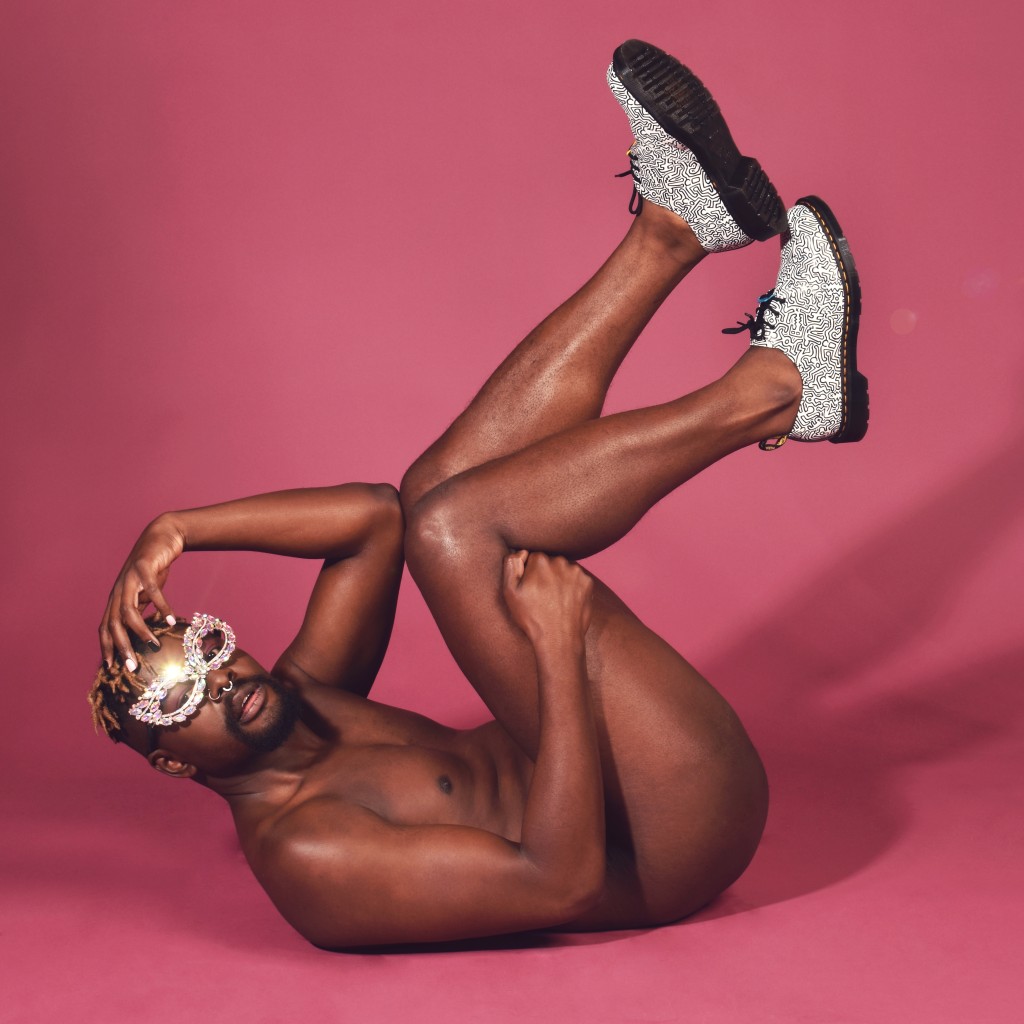 Part of Sis: Side B production was thanks to online fundraising. Why go that route, and how did it work for you?

It was very successful. The first round of Facebook fundraising brought in over $5000 to make this project happen, and I’m so grateful to everyone that donated then, as well as for the most recent round of fundraising. It was after the successful Kickstarter for “The Want Me” video that I knew how powerful online fundraising could be, and I still believe that.

Record labels don’t have the money they once had. Even in the days of decadence and million dollar deals, artists were basically just signing away the rights to their music and taking advances designed to keep them indebted to the labels. Music is expensive. There are so many moving parts the consumers don’t see or know about. Labels are a solution to that for some.

As recording artists, we make music for ourselves but also for the world. Crowdfunding is a way for the world to be a part of the creation and distribution of the art. In a way, it makes it mine and my fans’ art. Because of their support, the rest of the world gets to hear it, I can still eat and pay my rent, and the reach of my projects are amplified by those that want to see them succeed.

Besides myself, my fans are my label for now, and until something reciprocal and fruitful presents itself as a true partnership, I’ll keep it that way. I’m not selling my soul for a recording contract. We shouldn’t have to do that. Our desperation for survival and success shouldn’t be taken advantage of, and it’s that circumstance that ends up trapping so many brilliant artists.

Signing a deal, in and of itself, isn’t bad. I’m not saying that I won’t. What I’m saying is that we often already have what we need to shine, and art has meaning and merit even if it doesn’t have a Beyoncé or Adele budget. Prince definitely influenced me to embrace independence, and I remember Janelle Monae saying in an interview to “do it yourself. first” before she partnered with Bad Boy Records and went on to charm the whole world.

Ownership is important to me, and fans don’t seek to own you. It is true support, and I’m so blessed and grateful to receive it.