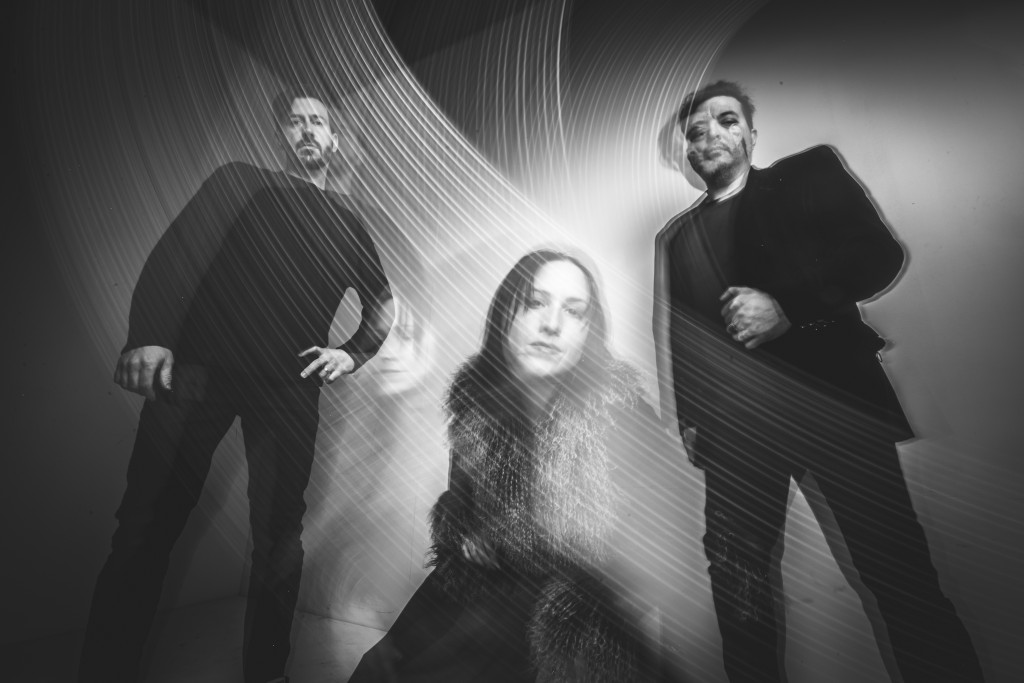 Redder Moon, the trio of Jeremiah James Gonzales (Knife Crime, Elevator Division), Brody Lowe (Loqsa), and Jill McKeever, is a darkwave-shoegaze gem. Riding on ethereal sounds of synthesizers and deeply moody bass, with McKeever’s voice soaring above, their upcoming full-length, Hell Is Other People, is something that seems perfectly suited for the impending winter season.

It’s exemplified by the first single off the album, “Dominoes In Slow Motion,” which we’re thrilled to premiere here, along with the accompanying video.

“Like many artists during the pandemic, we created much of this album at our homes. We were lucky enough that all three of us were very capable at recording and had the equipment to bring these songs to life. As natural as it all felt when coming together, it was also an insight into how each of us worked,” the band says about the song. “Oftentimes Jeremiah would send me something he’d worked on and I would either add a part here and there to it, or he’d ask me to completely do my own take on it because the original recording didn’t match our sound. Or Brody would send Jeremiah a song and he would edit it and do his thing to it. Either way, pretty much all the songs were molded by either Jeremiah or Brody. Then when it came to Jill’s vocals, she would change the song again to give it more structure with the vocals. The creative process sounded crazy but it somehow worked wonderfully.”

Hell Is Other People is out November 5.