Premiere: ‘Not Tonight Josephine’ by the Wild Type 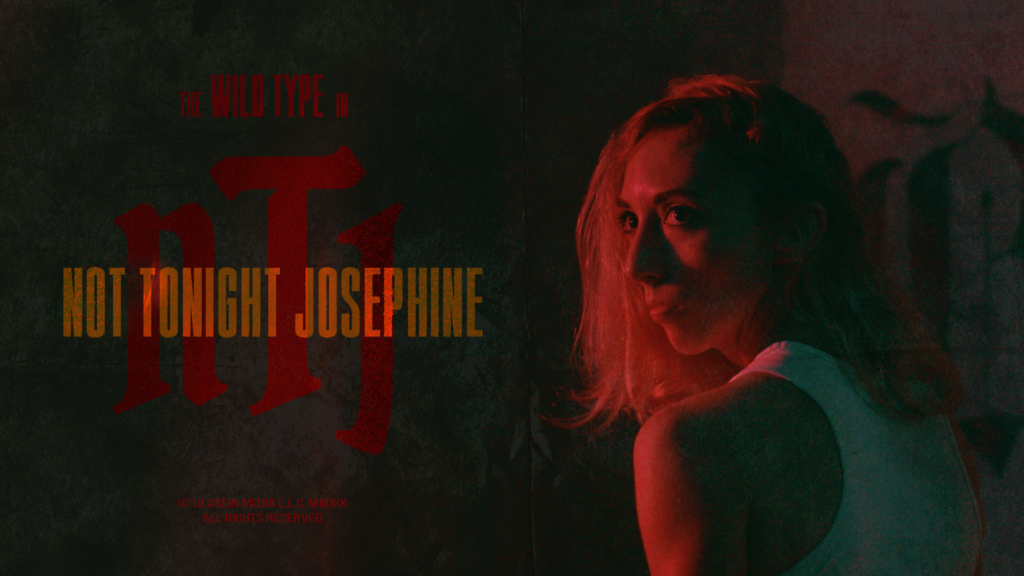 The Wild Type had been quiet on the new music front for a while. Until last month’s release of Cooler Heads, an EP of demos, the last tune we’d gotten from the self-described “matriarchal synth-pop cult” was the single, “It Isn’t Love,” back in November of 2018. However, not only did we get Cooler Heads last month, but now we get to premiere for you all the band’s new single, “Not Tonight Josephine,” along with its amazing video, full of ’70s thriller vibes and Nicolas Winding Refn sheen. You can check it out below, along with our chat with the Wild Type’s Rachel Mallin and the video’s director, Jon Ulasien.

The Pitch: You said that you collaborated on this single. Does that mean the song was written to go with the video idea?

Rachel Mallin: I actually wrote this song and recorded the demo for it about a year and a half ago. We recorded the studio version with Walker Lukens in Austin, Texas, in January. We only collaborated on the video with Ulaisen Media.

Jon Ulasien: The idea was all hers. She had a pretty strong vision in terms of the concept and style. It made it a lot easier for me visualize each shot based off what she was giving me.

What made you want to collaborate?

JU: I think we both have admired each others’ work from a far for a few years now. Rachel has a knack for crafting moments in her music that have these great cinematic cues. When we first talked about doing this video, we were immediately on the same page. Whenever you can collaborate with someone and you click like that, it’s exciting.

RM: Working with Jon was something we became really interested after he shot a live promo video at one of our shows. His video work with other local artists has always stood out to me, and he’s generally always given off a very respectful, compassionate and hard-working vibe which is important to me when it relates to people I’m working with.

The video is popping stylistically. Was there a particular vibe you had in mind, and what was it, if so?

JU: Rachel’s pitch for this video was “if David Lynch made Million Dollar Baby?” I had just finished watching Nicholas Winding Refn’s Too Old to Die Young when we were conceptualizing everything, and she was referencing Twin Peaks quite a bit. We borrowed a lot from Lynch’s narrative style and Refn’s visuals.

It looks like the video is really physically demanding. How did you prepare for it?

RM: Physical preparation is what someone a lot more intelligent than me would have done! I realized that when I could barely move for like a week after we shot the fight scene! As far as the fight sequencing, John Anthony (dude with the blindfold) and I were literally choreographing moves in between takes. He has way more experience with stage fighting, so fortunately he was able to make me look better than I am.

This is the first Wild Type video in a while. What was the appeal of making a new one?

RM: It’s actually the first “official” music video we are putting out for The Wild Type. I think this single warranted a visual companion, because of its cinematic nature. The tempo of the song is unusually slow, which creates a lot of space for tension to build and swell in between downbeats and it makes for the perfect soundscape in a slow motion visual.

Where was this shot, and why did you go with the boxing angle?

RM: The first half was shot in the west bottoms, and the rest was shot in the basement of the Whatsoever Community Center — aka a 100+ year old building that’s literally been featured on Ghost Hunters because it’s known to be haunted.

My band and I stopped at In N Out on our journey back from Austin after we recorded the song. We were thinking about a good video concept, and about how the choruses of this song felt like getting punched in the face. I said, “I’ve always wanted to be punched in the face.” A couple months later, Jon and I fleshed out the idea of me being punched in the face over coffee and introduced some ideas that would make for a more legitimate concept. Thus, the story of being stalked by the ghost of my own blind impulses who wanted to fight me… was born.

JU: I interpreted her ideas as if they came from a visceral, dream-like state. That’s probably where the David Lynch influence. When we talked about the boxing scene, it was clear we needed something that would work with the surreal vibe of the rest of the video. A friend of mine tipped me off about the Whatsover Community Center and I looked into it. It was the perfect location for what were were trying to achieve so we hounded them for weeks via email. They were really gracious and ended up letting us use their space. The rest of the video was shot down in West Bottoms.