Premiere: Monta At Odds’ ‘The Other Side of Yesterday’ video asks you to turn on and tune in 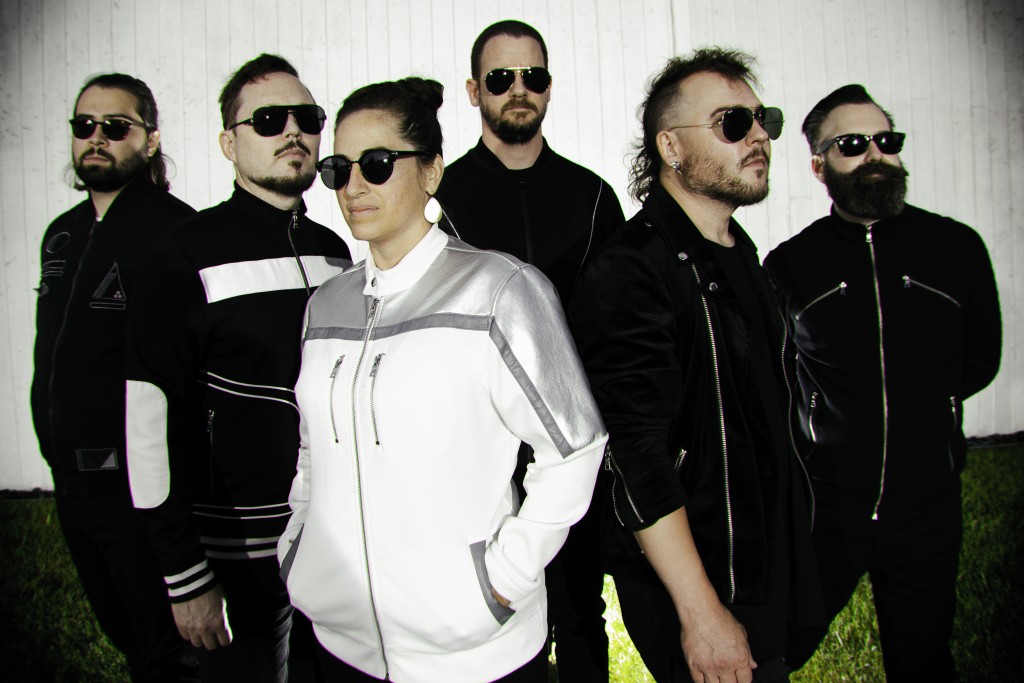 Cosmic art-rock combo Monta At Odds return with the hallucinatory single “Other Side of Yesterday.” For this song, the Kansas City-based band once again collaborated with Taryn Blake Miller, also known as Domino Record Co. artist Your Friend. She adds a psychedelic richness to the tune’s epic layers, all together tossing the listener into a beautiful swirl of sound.

The vibe of “Other Side of Yesterday” captures the song’s looking-back-while-looking-forward intensity, with the words reflecting a feeling of symbiosis—a connection so strong that two people seem to read each other’s thoughts. “Other Side of Yesterday” is resplendent and luminous, a perfect taste of Monta At Odds’ latest album, Peak of Eternal Light. Turn on, tune in.

Video director Mikal Shapiro’s artist statement describes the video for “Other Side of Yesterday” as “about escaping to a past that never was. Equipped with a glitchy memory, we’re left to re-imagine our past by resurrecting pixels. Most of the archive has been (gladly) lost to static. Meanwhile, the screen has become our substitute horizon. A self-fulfilling prophecy—we asked to get lost and then invented the means to do so. Our bodies have almost wholly disappeared from view only to resurface as ghosts in the machine.”

You can check out Shapiro’s video for “Other Side of Yesterday” below, and read my interview with the band’s Dedric Moore, as well.

The Pitch: You all have been doing a lot of collabs, with two on the new album featuring Your Friend, as well as one with Teri Quinn. In addition, you all are basically turning into the Republic Tigers for the October 9 show. What’s the appeal of doing so much with all these folks?

Dedric Moore: We’ve always had a rotating cast of performers besides Delaney and I and it’s become part of our DNA over time. We did “Argentum Dreams” with Taryn [Blake Miller, Your Friend] and had such a great time working together that we had her record on a couple more songs that weren’t ready for release. As I was sorting through which songs would be on Peak of Eternal Light, those songs were reworked and they fit perfectly.

I had heard Teri’s song, “When I’m Gone,” on her social media and wanted to do a Monta version of it. I wanted to do a chill track and she wanted a dance-heavy groove. She won. The track has swagger and sadness which is a hard combination to get right. It’s quite a different take from her original solo banjo and voice version.

Kenn [Jankowski, Republic Tigers] did a remix for us and it went well. Teri went to his studio and re-tracked the vocals and had a great time working on it. We were chatting about doing shows together in town and outside of KC and Kenn threw out the idea about Monta at Odds becoming the Republic Tigers as what he calls “Montiger.” We thought it was an intriguing idea and decided to give it a go. It’s grown beyond just doing two shows together and we are now the same group of musicians doing two distinct bands.

The band’s also recently added a few new folks. How does that change the dynamics of the band, in addition to these collaborations?

As mentioned before, we have always had a different group of people in the band. We approach every album cycle as a season and do our best to embrace the players that are taking the time out to make our music special because we know at some point they will move on to other projects or have life situations that call them away. Delaney [Moore] and I remain Zen and flow like a river, knowing life has twists and turns and don’t get hung up on it. We feel lucky to have all of these great players spend their time on our weird psych electronic music.

You’ve reached out to fellow KC musicians to direct your videos. Where do they go that other folks might not?

We wanted to have a variety of people in KC work on our videos, so I reached out to my list of people I’ve come to know that are willing to try and match our musical vision. Not everyone asked had time to do a video, but we always keep the door open to work together in the future. I wanted to work with people that knew us and understood what the band and we as people are about. I didn’t want it to be just about the paycheck, but to really grasp our intent and be able to visualize our music. That type of connection works well in our collabs, so I wanted to extend that to our videos. That is how we worked with Barry Anderson on several videos in the past.

Brodie Rush from Be/Non and the Food People TV show had a short amount of time available to work on a video. Due to Covid, I had originally reached out to him, thinking he would do an animated video so we wouldn’t have to worry about shooting the video in person. Of course, he decided it had to be live shots, so we used Mikal Shapiro’s studio space and had each member show up for a short time slot and it turned out exactly what the song “When Stars Grow Old” needed and helped set the tone for the look and feel of the album.

Mikal offered to do a video for “Other Side of Yesterday” and we had to say yes to our lead singer. She does great work and loves glitching images and tricking your mind into seeing things differently and it fit the song so well. We shot it individually off of a levee trail and some additional instrument shots at her studio. I was excited she wanted to do it, since she has been busy shooting other videos and documentaries.

Britt Adair of the Bad Ideas is working on the video for “Our Last Time.” I had her pick a song that spoke to her and she came up with a great concept. I can’t wait to see the finished version that we plan on releasing later in the year.

Jon Ulasien is working on a video for “Grey Skies Calling,” which will be our next single from the album. He’s promised androids and that was enough for me to let him do his thing. We wrote Robots of Munich as a whole concept album set in the world of Blade Runner, so we jumped at the chance to have an android show up in a video.

Monta At Odds plays the Bottleneck this Saturday, October 9, along with the Republic Tigers and Blvck Hippie. Details on that show here.