Premiere: Max Indiveri’s ‘The Right One’ 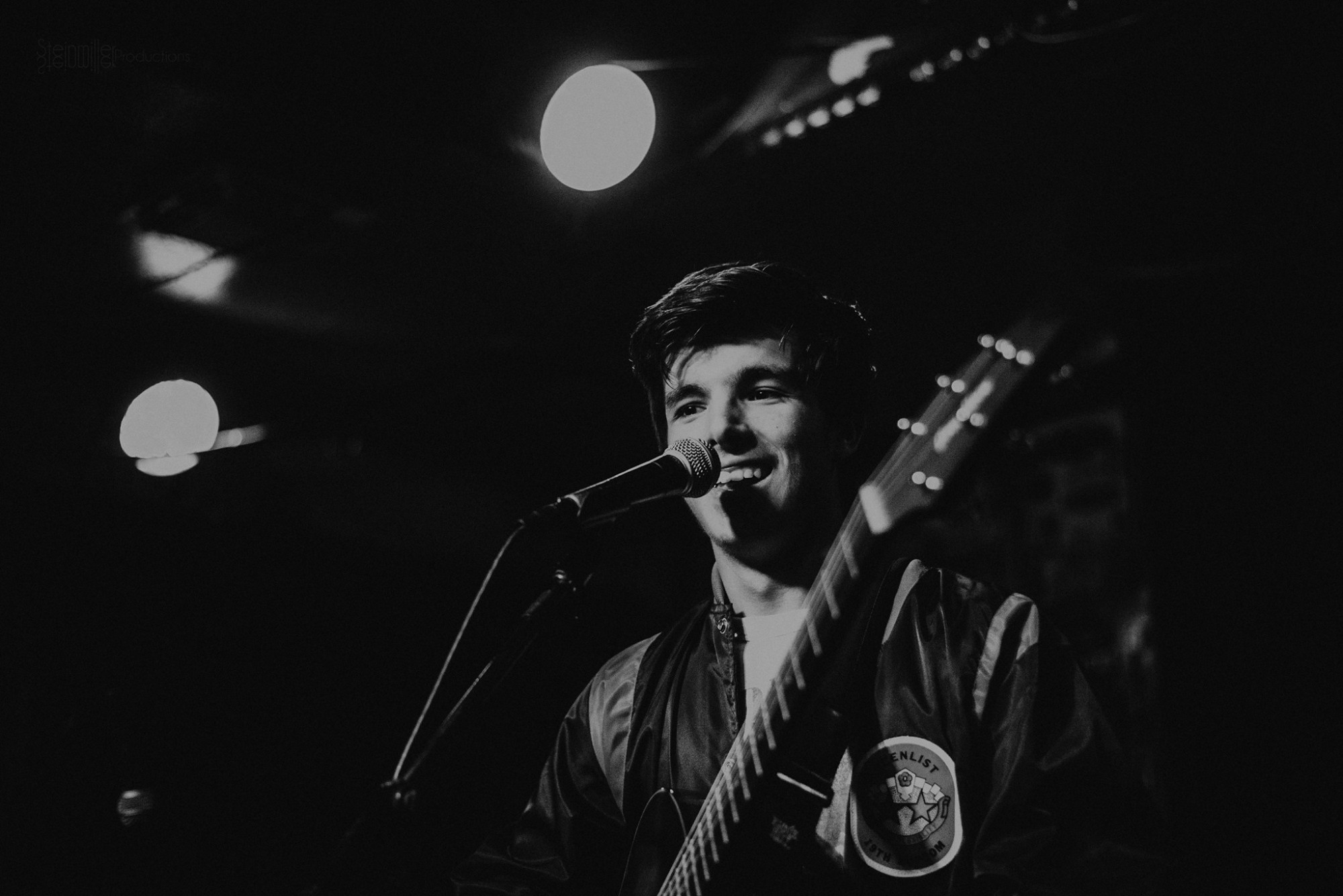 Ever since Derek Kwan at the Lied Center put us in contact with Lawrence musician Max Indiveri, we’ve been impressed with the young singer-songwriter’s songs and videos. Thanks to the confessional-yet-forthright delivery of the songs and the clever visuals within the videos, new music from Indiveri is always something to which we look forward.

His upcoming indie-soul EP, Sharing Is Hard, drops on Friday, May 21, and we’re thrilled to premiere the new video from it, “The Right One.” In less than four minutes, the video features a Princess Bride reference, a Tenacious D rock-off, and video game fights, all set to Indiveri’s rather beautiful song. Check it out below, along with my interview with the musician all about Sharing Is Hard and more.

The Pitch: You did singles and videos before the new EP. Why do you like making these videos so much?

Max Indiveri: First, I’d say that the awesome part of being in school at KU is being surrounded by incredibly talented young professionals who are excited to get to create something awesome together, and the two people who directed/collaborated with me on the two videos out so far, Quinn Cosgrove (who also plays bass for the whips) and Caleb Hundelt (who directed “Don’t You Stay”) are some of the nicest guys you could ever meet, and did incredible work on these videos, and were incredibly fun to work with! Also, with the rise of Tik Tok and other forms of shortened media, attention spans are getting shorter and so, it’s super nice to have a intriguing image and story line to draw people into tunes that are more of a slow build.

What’s been the process of putting together the EP?

This EP was fully written two years ago, and since then, the process has consisted of actively learning how to produce and track tunes in my home studio. The EP was entirely tracked by myself on every instrument, with only my Scarlett 2i audio interface and two sm58s! There’s not a whole lot of gear involved in the production and so, a lot of the process included some wild DIY stuff such as tracking three separate drum takes with different parts of the drums mic’d on each take to simulate a fully mic’d kit when it was all compiled.

A lot of the learning process included comments and revisions from people I trusted in the community that were kind enough to give me feedback! By the end of production, I had amassed about 10 people who collectively became responsible for everything I know now about mixing and mastering through their constructive criticism of my first drafts of these songs. That’s actually why my distribution company on Distrokid is named “Draft Crew Records”: those 10 people became my “draft crew” and I wouldn’t be where I am without them!

Who else plays with you, and how’d you all come together?

I actually tracked every instrument on this EP by myself. I can be a really particular person, and I like to spend a lot of time in the studio experimenting, so tracking by myself meant that I could have total control of the final product, as well as the freedom to mess around, knowing that the only time I would be wasting is my own! The only other credits outside of myself on the record is Swade Simpson, a killer dance pop artist out of Lawrence as well, who mastered every song on the record except “The Right One,” which was mastered by Doug from Resonance Mastering.

It seems like you came straight out of the gate with a set of originals. How long have you been writing and performing?

I’ve picked up the guitar at 7 when my dad bought me my first 3/4 guitar after I had developed a growing obsession with the Guitar Hero video game and I started performing with music academy type organizations when I was 12. I really started writing songs when I hit high school and had some juvenile angst and emotion to write about. I slowly started to figure out that writing was cathartic and really helped me put a nice shiny bow on the more complicated questions of high school romance and just getting older in general. 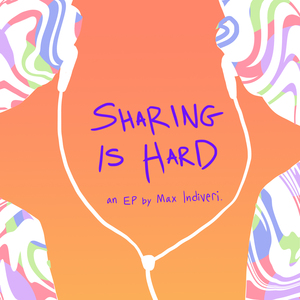 That’s the place this EP is coming from, too. These songs are coming from my younger self growing and adapting as I made a whole bunch of mistakes and started to figure out the world around me. The cover art is kind of an abstract painting of two figures sharing headphones (done by the very talented Anna Krutz, a virtuosic artist from my high school, as well) and to me that iconography is kind of a hallmark of the simplicity of love back then.

You could pick couples out in a hallway based on if they were sharing headphones, or giving piggyback rides, or other just simple forms of excitement at forming a connection with another human being, and I think the simplicity of that is very beautiful. I titled the EP Sharing is Hard because I think that the hardest thing to do as we grow up is to share. When we’re kids, it’s excruciating to share your toys, and when we grow older, it’s the same kind of vulnerability that is found in sharing yourself with another person in a way that is open and honest.

Sharing is STILL hard for me, and even though I think I’m more mature than I was when I wrote these tunes, I’m sure I’ll turn around in a year or two and realize I actually knew nothing of the sort.

What does this offer that your soul band, the Whips, doesn’t, and vice versa?

This project is more emotional and introspective, which is I feel like the tagline for every single singer-songwriter ever and is tremendously boring, but the reality is that these songs are my voice and my perspective from a time when I was just starting to form opinions on the world around me. With the Whips, I have a lot more license to write outside of my perspective, and even though on the new Whips record there are songs that touch on deeper topics, songs about infidelity are veiled through the perspective of a private detective Dick Tracy style, and songs about the harrowing practice of jobs requiring a BA for a low-paying, entry-level position are couched in a late night campfire sing-a-long, so as not to bring the 120 bpm Amtrak funk train to a screeching halt.

By contrast, this record is about the toughest topic to sell ever–my own perspective on life–but my favorite writers are ones like Taylor Goldsmith from Dawes, Leon Bridges, and Ryan Lerman who don’t use their platform to lecture on their preferred perspective, but to just suggest a world that they see and let the listener make their own decision.

To me, this record offers up the perspective of a young writer just starting to figure life out. Where The Whips want to fill clubs (Covid permitting, of course) and get people dancing, this record feels most at home in the corner of a coffee shop, where I can share some super-embarrassing stories of terrible first dates, see if anyone feels the same, and maybe, just possibly, win some friends and influence some people.

Any upcoming shows, now that things are getting started again?

I have a date at the Kaw Valley Public House with my four piece on May 20 from 8-11pm- we’ll be playing these tunes and more and following the tradition of all great jam bands our live sets are full of improvised solos, audience participation and light nudity (tasteful). We’re also traveling this summer and will be at Evangelines in St Louis on June 18, The ABC Pub in Salem, Illinois, on June 19, and Finkes Pub on June 21! We’re all fully vaccinated and are looking to get back out there for sure!