Premiere: Kye Colors’ music video for “Children Of The Ghetto” stresses the pressures of KC teens 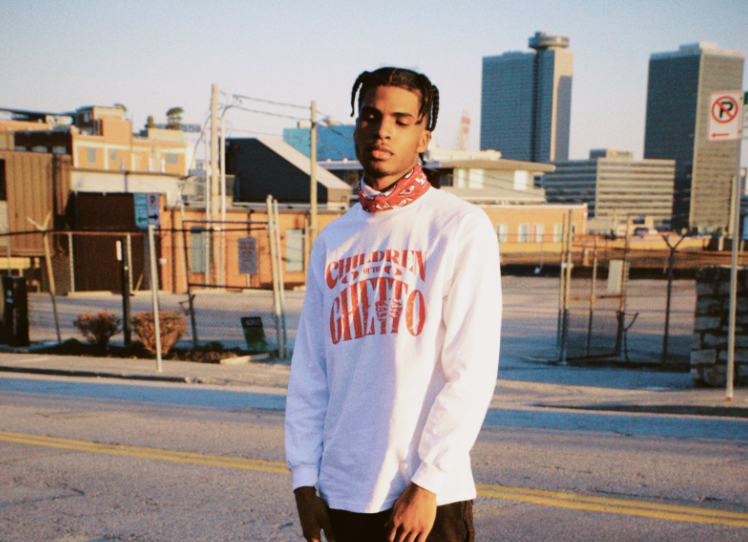 His mom is on his case (“I told you to have yo’ ass in this motherfuckin’ house 10 p.m. last night.”) So is his sister (“I know you was doin’ something you shouldn’t have been.“) And his teacher, too (a middle-aged white guy with “stank-ass breath,” upset that Kye doesn’t want to read his paper on systemic oppression.)

To boot, a friend’s gun sits hidden in his locker for the day (“It’s just a gun”).

Kye Colors’ new “Children Of The Ghetto” music video, directed by Kyla Cherry, is an eight-minute short film that dramatizes the stresses and pressures faced by a Kansas City teenager who dreams of escaping the confines of his neighborhood.

The acting chops of Kye and his co-stars surpass those of most music video actors and the video’s crisp, clean production allows viewers to focus on the narrative being communicated.

Kye raps in the school hallways, alone in the spotlight of an auditorium, and in exterior shots filmed outside of the boarded-up but brightly muraled Pershing School building in Blue Hills. The song’s lack of drums makes way for a g-funk bass groove (marking it clearly as a product of Kansas City’s interior) and a somber R&B vocal delivery. The keys are relatively low in the mix, but their presence (along with some snap percussion) evokes gospel-like energy that manages to make the song more hopeful than it would be otherwise.

We’re excited to premiere this video today. It’s worth being hopeful for.

Premiere: Cuee's 'Gravity' brings a 'love is in the air' vibe