Premiere: Hipshot Killer’s ‘All This Pain’ is a love song based on protest 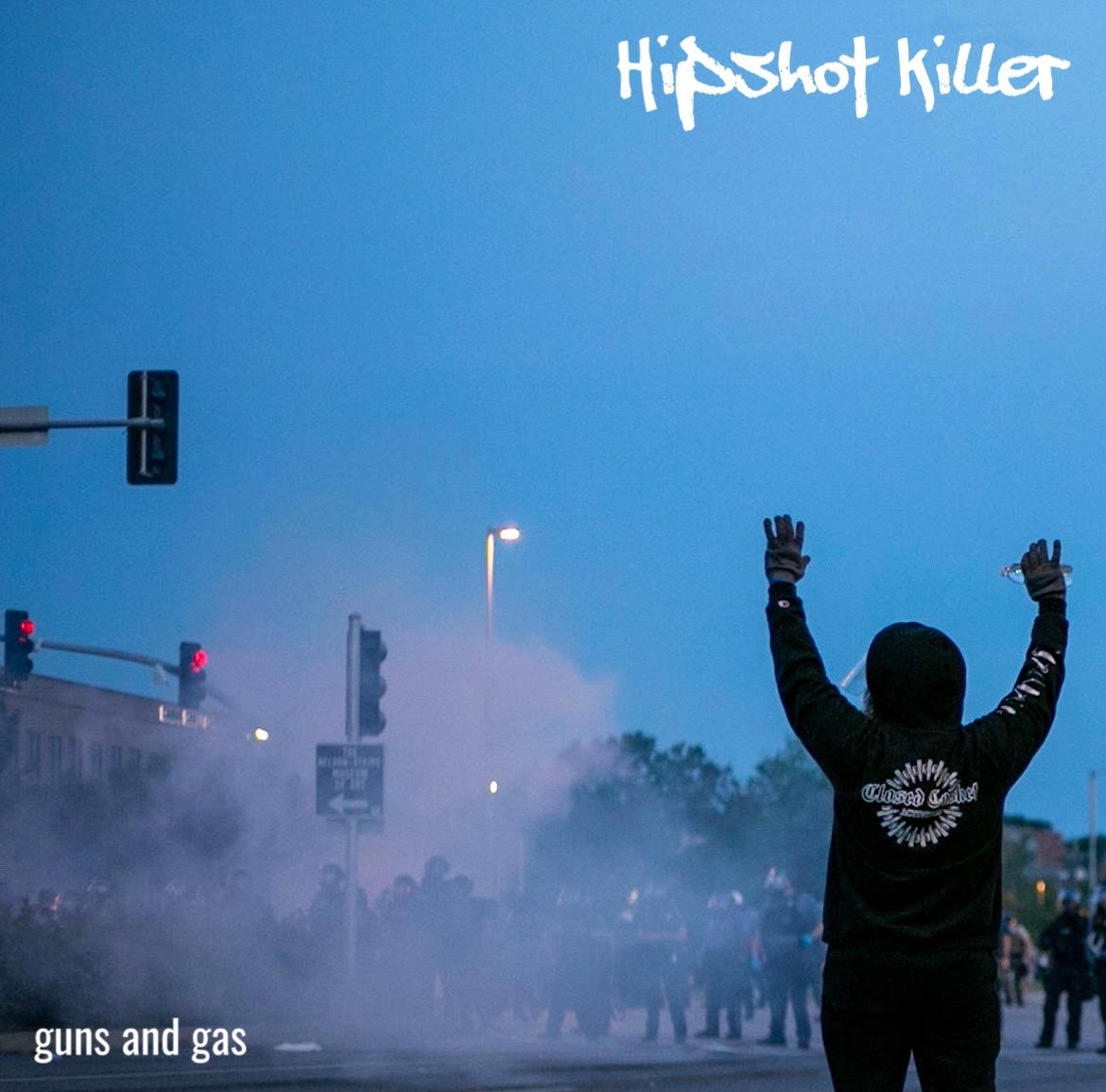 It’s been over two years since All This Time is Ours, the third LP from Kansas City punk rock trio, Hipshot Killer, but tomorrow, the band drops their new EP, Guns and Gas. It follows in the footsteps of the band’s previous material while striding forward with flourishes of acoustic guitar. We’re premiering a track off the EP ahead of the full release on Friday, July 23. Entitled “All This Pain,” it’s a love song based on last year’s protests, and you can take a listen below while you read my interview with the band’s guitarist and singer, Mike Alexander.

The Pitch: What’s the pandemic been like for you all?

Mike Alexander: We had sort of decided to take a break from playing live literally days before ‘Rona hit so it kind of worked to our benefit. It was such a drag to see everyone elses tours and shows get cancelled though.

When were these songs written?

Everything was written last summer between June and September. I had a couple pieces of music before that but the songs all came together in the summer.

How did you come to decide to do an EP this go-around?

I always wanted to do an EP and since we had three full length LPs and a single before that, it just made sense. Also, when the songs started coming together I could tell it needed to be shorter than an LP to keep the narrative tight. Plus, I only had to write six songs instead of the normal 14-17.

Where was the inspiration for doing an acoustic number, “I Don’t Wanna Die,” from?

I was at the protests on the Plaza and midtown for four days straight last year and it was some of the scariest and most uplifting things I’ve been lucky enough to witness.

I think just the stress of living in the pandemic and then watching the way the cops were basically hunting us on a few nights, I just snapped at some point. I had tear gas still burning my eyes when I got home and wrote that song. It took maybe 10 minutes to write and then five to record. Doesn’t get more raw than that.

“All This Pain” is kind of like a love song, but also sad. Is it about a particular person or situation?

Ha! There are no love songs that aren’t sad as far as I’m concerned. The protests seemed to kind of serve as a good backdrop for a story about two people having a rough time with each other. Is it true? Perhaps, but the names have been changed to protect the guilty.

Any plans for a physical release?

Not as of right now but obviously I’d like to. If anyone wants to release it on vinyl please get at me.

Hipshot Killer’s Guns and Gas EP is out tomorrow, Friday July 23. You can find it at Bandcamp.