Premiere: Dan Jones and the Squids’ ‘My Favorite Lounge’ is mesmerizing and a little disturbing 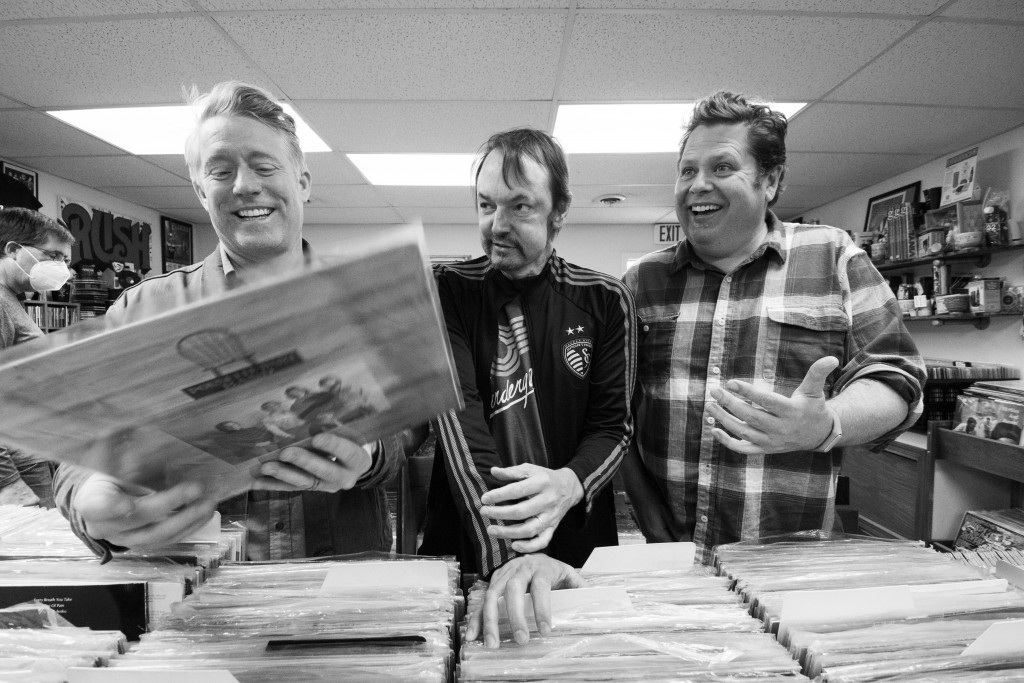 Dan Jones & the Squids’ We Live In A World That Is Out Of This World came out in 2019 and they released a second album, Serve Without Delay, in February of this year. Even still, the trio waited until now to release an official video.

We’re happy to premiere their first-ever video for the We Live In A World cut, “My Favorite Lounge,” and reintroduce the band’s garage pop to you all, along with some behind-the-scenes info from frontman Jones and video creator Pat Vamos.

This release has been a long time in the making, and Pat Vamos sort of chose us (thankfully) to do his magic on a tune that he liked. The whole process started in early 2020, somewhere between the release of We Live In A World That Is Out Of This World and our pandemic stay-somewhat-sane album, Serve Without Delay, which was recorded in November and released in February 2021.

Steve was already a fan of Pat’s work, and I loved the pieces I found on Pat’s channel. This is actually the first “real” Dan Jones and the Squids video and I like the idea of coming out of the gate with something really weird, original, funny, and free of the usual trappings—more of a collaborative thing. Really grateful to Pat for doing this.

It’s mesmerizing, pop art, a little disturbing, and makes me laugh—kind of a weird combination.

Early in the lockdown, Steve Tulipana posted to all the movie nerds on Facebook that he was getting rid of his VHS collection, and posted a list of what he had.

I’m a big-time VHS collector so I made my selections (movies like America 3000, 1990: The Bronx Warriors, and Skyscraper starring Anna Nicole Smith) and Steve asked that in lieu of payment would I want to make a video for Dan Jones & the Squids? I had previously worked with Steve for a Sie Lieben Maschinen video (“Clever Work”) so I said sure.

The last video I had made at that point was in 2018 for Dragon Inn 3 (“Murder In the First”) so I had to shake the rust off a little and get to work which means combing through my movie collection and isolating clips that look cool.

For “My Favorite Lounge,” I used footage from something called “Computer Superman” or at least that was the name of the bit torrent file I grabbed years ago. I’m not sure what country the movie was made in but it’s an obvious rip-off of The Six Million Dollar Man which also had a lot of slow-motion jogging.

I’ve tried to find more info about the movie but it’s not a good title to Google. Anyway, the footage pushed all my buttons—mad scientists, robots, dodgy special effects—so the next step was to cram all that good stuff into three and half minutes to create “My Favorite Lounge.”

My Vimeo account got deleted because of copyright infringement but the YouTube is still up. Some videos I did for the Get Up Kids’ 2011 album, There Are Rules, are being re-released by the band on their socials this month for the 10 year anniversary.

Dan Jones & the Squids open for Cretin 66 at miniBar on Friday, December 17. Details on that show here.