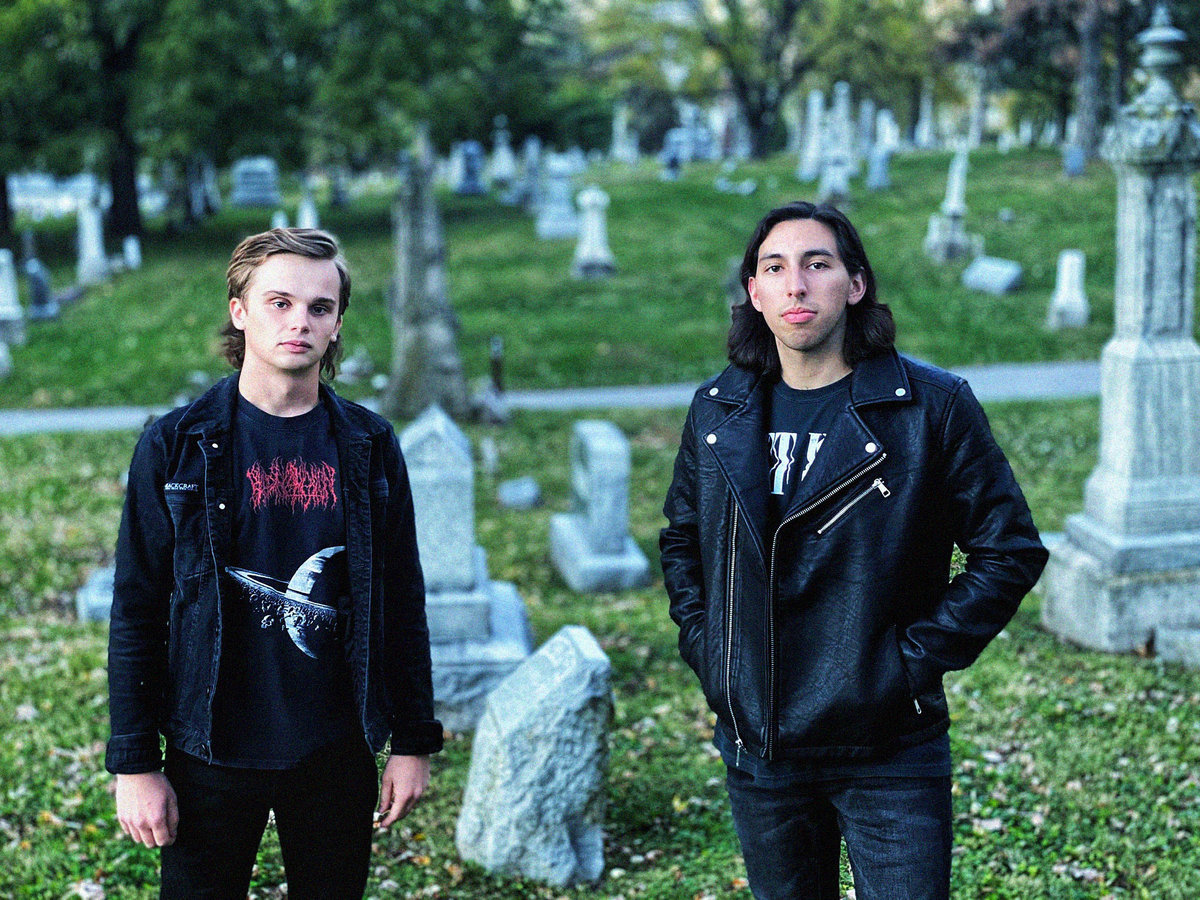 We love doing premieres here at The Pitch and getting to introduce you to new bands, but the duo of Alex Horton (guitar, bass, synth) and Ian Weidner (vocals, guitar) which is Club Sinister is brand, brand-new, having only announced their presence on Halloween. That said, we’ve gotten one cut from the band thus far–the dreamy “Beyond Bleeding” just before Thanksgiving–and their gothy dream-pop sound is exactly what we need right now. Going into the shortest days of the year, with the weather dark and cold, some introspective music will definitely fill the “I need to feel something” niche right now.

We’re proud to premiere the second single from Club Sinister’s forthcoming debut EP, and have an interview with Horton and Weidner to check out while you listen.

The Pitch: The band is very, very new, but you have this EP coming out already. How’d the two of you come together, and what’s the music-making process been like so far?

Ian: While the band is extremely new, Alex and I have known each other since middle school and have been writing music together for years. For obvious reasons, working on Club Sinister over the past year has been very different from anything that we have done in the past but at the same time we still have the familiarity of working together. We’ve been able to keep things pretty casual because we live together and are stuck in the house 90% of the time so we have just been doing our best to have fun with the project.

Alex: We’ve actually been friends since middle school and played in other bands together throughout the years. It probably started with recording bad hardcore songs with a Rock Band microphone in our dorm room and then branched into playing in an alt-rock band together through college. We hadn’t played a whole lot recently and then oddly enough, the pandemic sparked a new flame to start writing music again. Since we live together and are both at home all the time now, it’s been very easy to start writing together again. It’s been a lot of fun to pick things up fresh for this project.

How weird is it to start a band in the midst of an ongoing pandemic?

Ian: It’s terrible! With previous bands it has been a race to write music, get a live-set tightened up, and then immediately start playing shows. We knew from the very beginning with this project that even having the ability to get out and play shows would not happen for a very long time. This led us to spending more time writing the music, figuring out the overall tone of the band, and honestly a lot of procrastinating. I think it will end up being a positive thing overall because nothing has been rushed at all, but we’re both very ready to get back out in public and start playing shows again.

Alex: It definitely hasn’t been anything close to ordinary. We’re used to writing a few songs, getting a live set together, and playing shows as soon as possible. We’re really missing playing shows and we can’t wait to be able to do that again with this new project. However, the pandemic has allowed us to spend more time refining the music and planning things for the release. I think it probably ended up leading to better songs overall, but obviously we wish the circumstances were different.

Combining dream pop with goth and shoegaze results in a really melodic-yet-dark vibe. Who are your influences?

Ian: We have both spent the better part of the past ten years playing in just about every type of band imaginable. If you walk into our house you can expect to hear anything from black metal, to indie pop, to jazz and just about everything in between. It’s impossible to have any type of goth influence without crediting our love for The Cure but we both are big fans of newer bands like Soft Kill, DIIV, and True Widow.

Alex: We’ve both played in different bands spanning a lot of different genres over the years. We grew up in the metal and hardcore scene and have always had an attachment to darker music, which probably led to the darker sound and imagery that we ended up with for Club Sinister. That being said, we have so many musical influences ranging from Americana to death metal, so it’s hard to pinpoint any one influence that got us to this point. We’ve really been digging the new Soft Kill, Death Bells, and Topographies records though, and those have a somewhat similar sound.

In the Bible, Sheol is “the chambers of death” (Prov 7:27). Why’d you choose this as the title: is there any Biblical thinking going on?

Ian: Going into writing the lyrics for this record I really wanted to do something different than the 1000 other albums that will have been written during the pandemic. I decided to attach a narrative to the record that I felt would add an extra layer of meaning beyond “the world sucks right now.” I noticed that as soon as the pandemic started I was seeing people fall fully into their own personal sanctuaries whether that be their significant other, their religion, or as much of the album suggests, falling away from religion and into something darker.

“Sheol” is meant to toe the line between falling in love and diving into that darkness. The first verse starts with “I can’t be without, can’t live without your touch,” which is speaking to something that everyone can grasp and relate to someone in their life at one point or another. The following line, “I can’t see without, can’t breathe without your blood,” is meant to create a change in tone where you realize that the voice may not be a love song in its typical form and is instead more of a moment where someone is accepting darkness into their life. Finally, we titled the track “Sheol” as the chorus repeats “Sheol take me,” showing that the narrative moves away from anything worldly and dives into finding solace in that darkness.

Where did you record, and how’d you come to work with Luis Quiroz of Piece of Mind?

Ian: Due to the pandemic we were forced to get creative with how we recorded the EP. We turned our basement into a very primitive studio and reached out to Luis at the beginning of the project. On top of being an incredible drummer, Luis has been a friend of ours for a very long time and has worked with us on past projects so we knew that there would be at least some familiarity with the process. We did all of the pre-production ourselves and then sent the tracks over to Luis who recorded the drum parts at his house in Tulsa, OK. He sent those files back to us and then we recorded all of the bass, guitar, synth, and vocal parts on top of his tracks. Finally, we sent everything back to Luis who then mixed and mastered the project and after about 400 emails and 2500 texts, we finally had everything dialed in and sounding how we had imagined it from the beginning.

Alex: We ended up recording some demos in our basement on a whim before we realized that we could actually turn this into a real project. Luis has been our friend for awhile now and we’ve worked with him on previous projects, so when we decided to take this more seriously we knew we had to hit him up. He’s an awesome drummer and we were lucky to have him record drums over the demo tracks. Then we recorded the rest of the final guitar, bass, synth, and vocal tracks in our basement. Finally, we sent it all back to him for mixing and mastering and then got to the final product that we have today. Huge shout out to Luis for helping us out with this one.