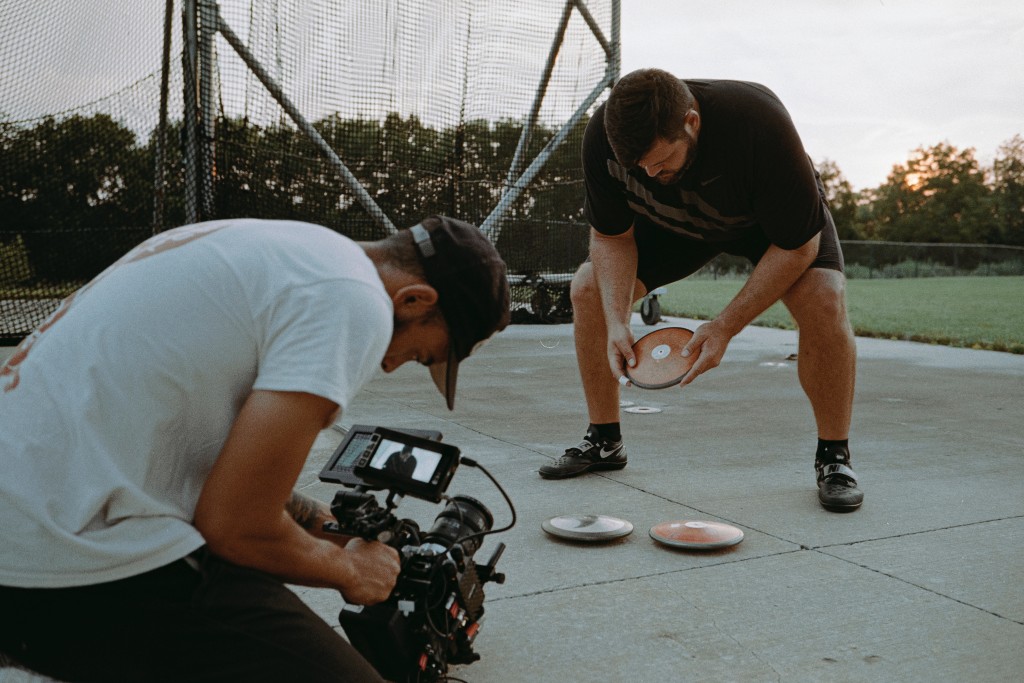 Up close and personal with Olympic athlete Mason Finley. // Photo by Markel Randle

You might not know much about the sport of discus, or what it takes to be successful at it. Luckily, in a dreamy and artful documentary short that follows KC native Olympic discus thrower Mason Finley, you can get intimately acquainted with what it takes to win.

Focusing on the leadup to the Tokyo 2020 Olympic Games, “Chasing Gold breaks through surface level training montages and elevates the craft of the discus throw, while digging deeper into Finley’s personal inspirations, family, and life.

“I met and roomed with Mason in college where I was introduced to the world of throwing.  In the ten years that I’ve known him, I have witnessed the commitment and strength of character it takes to be an athlete of his caliber.” says director Edward Schroer. “I wanted to tell this story to not only highlight his career but the sport as well, in hopes to provide insight and elevate the event so that others may appreciate what I have grown to see in discus.”

The documentary short follows Finley through his rise as a discus thrower, from local success to the Olympic trials and beyond. After competing in Rio in 2016, Finley will be throwing discus at the Tokyo Olympics tomorrow night, in the men’s qualifying event, at 7:45 CDT. After watching Chasing Gold, you’ll want to tune in.