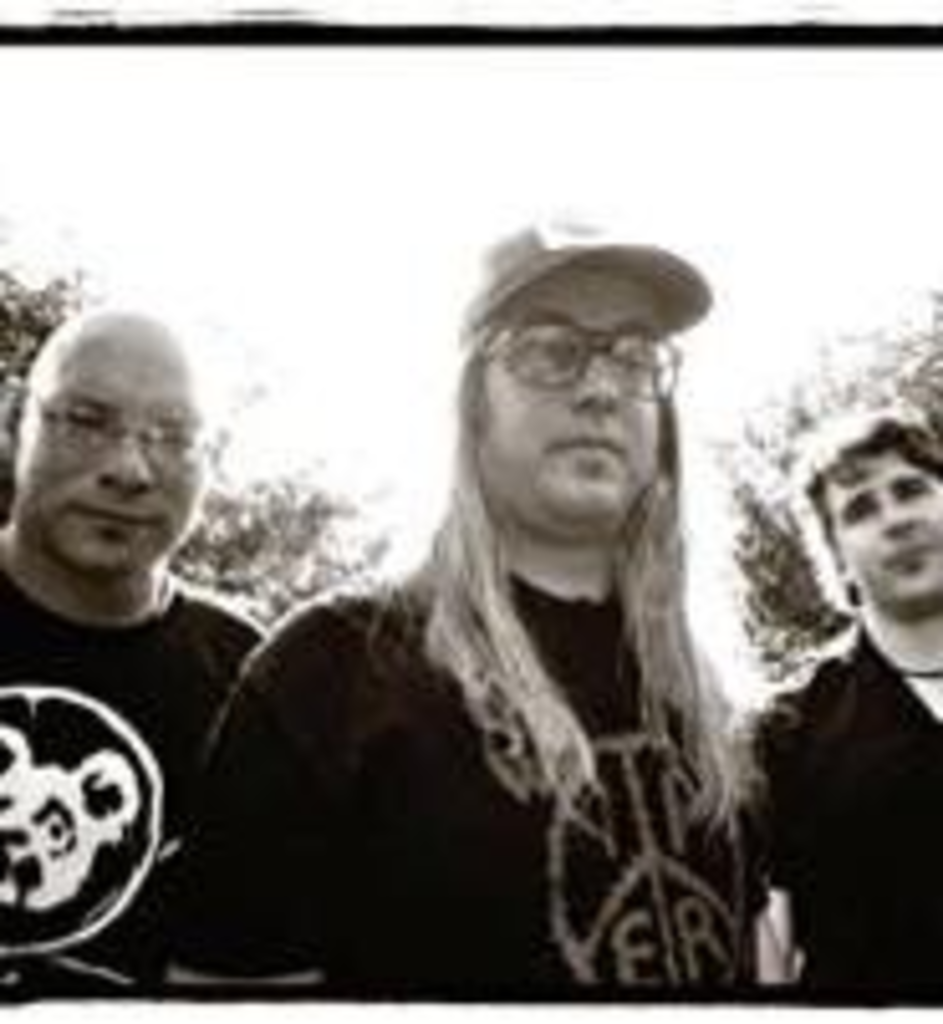 With bands such as Mission of Burma, the Stooges, Gang of Four and the Pixies having come back together to tour during the past few years, it’s hard to be shocked by yet another reunion. Especially after the Pixies’ comeback. Their inner turmoil and the prickish way Black Francis broke up the group — by fax — were legendary.

But Dinosaur Jr.’s story might top even that. Toward the end of the original trio’s time together, bassist Lou Barlow and lead singer and guitarist J. Mascis stopped talking. To make matters worse, Mascis hit Barlow with his guitar during a show. (Barlow later admitted to having fantasies of returning the favor on Saturday Night Live if the band were ever invited to play.) Then, just as grunge was about to explode, Mascis and drummer Murph informed Barlow that the band was breaking up, only to reform the group the next day with a new bass player. Barlow found out the truth watching MTV News.

Even more surprising than the band’s reunion is how much responsibility Barlow is willing to take for the trio’s original failure. “It would have been great to have been a lot more intelligent or confident back then, but I wasn’t, and that’s it,” he says. “We just didn’t communicate very well, so after that, I just tried to communicate better with people, musically and personally. There was great music that came out of that, but personally it was just too painful,” he says. “I freaked out on J. a couple of times after I was kicked out of the band, and I’ve apologized for that.”

For his part, Mascis isn’t as willing to discuss the breakup. When pushed about whether he needed to get anything off his chest with Barlow in order for this tour to happen, he simply chuckles.

Mascis and Murph did extend themselves a bit, though, to facilitate the reunion: They flew to Los Angeles to rehearse with Barlow before the tour. “We went to Lou’s practice space, and within the first hour it felt just like before,” Murph explains. “We were able to lock in and create a good power, a good energy.” But there’s no romanticizing the past. There has never been a real sense of camaraderie within the band. “I never really remember a point when we were giving each other high-fives after a show, so in that way it’s pretty much the same,” Barlow says. “I mean, I love the way we play together, but that has a lot to do with the songs and what we do when we play them — they’re great songs.”

The reunion also coincides with the rerelease (by Merge) of the three albums that the original lineup recorded together. When each is asked what his favorite record is, the answers are a bit suspicious: J. picks the first one, Dinosaur; Lou, the second, You’re Living All Over Me; and Murph, the third, Bug. To be fair, each album is remarkable.

All three members had roots in hardcore punk. Barlow and Mascis played in Deep Wound together in high school, and Murph’s first band was All White Jury. The sound they created as Dinosaur Jr., though, used hardcore as a mere launching pad into uncharted musical territory. “J. combined things like the Meat Puppets and Black Flag with Black Sabbath and classic-rock stuff — everything rock writers have already said about it is true,” Barlow says. “At first there was also a little R.E.M. in there, too. Some of the songs had jangly guitars. And Motörhead.” Mascis pipes in, “I think the Birthday Party was maybe the biggest influence at the time.”

Whatever the influences, no one had ever heard anything like Dinosaur Jr. before — Mascis’ lackadaisical whine coupled with heavily distorted guitar blare and manic drumming to catch people off guard. Dinosaur Jr.’s songs lured listeners with gorgeous melodies and then assaulted them with noise. “We were really hated in the beginning,” Mascis says. “We would be banned from, like, every club. And if you listen to our music, it just doesn’t seem that weird.” Murph adds, “We like the fact that we can push air with our amps. That’s a big part of what we do — we have to feel it physically. If somebody would say, ‘Oh, you have to turn down because we need to sell X amount of drinks tonight, and if you’re too loud you’ll drive everybody out,’ we’d just be like, ‘Oh, well,’ and we’d drive everybody out anyway.”

But college radio DJs loved them, and the band caught the attention of revered punk label SST. “That was the one goal I think we actually had as a band: to be on that label,” Barlow says. “Being on SST was like being part of a musical movement or something, because bands on that label — like the Meat Puppets, Black Flag and the Minutemen — were a huge deal to us.”

For Dinosaur Jr., getting signed to SST was the pinnacle. “After that, we had no idea what else we could do,” Barlow says. “Becoming any bigger didn’t even seem possible, or even desirable.” And although Murph and Mascis continued with Dinosaur Jr. and snagged a major-label deal after giving Barlow the boot, they were never able to match that initial energy. They also never achieved the commercial success of bands they influenced. “After Nirvana [broke], people would say, ‘You could be [like] Nirvana!’ But I didn’t really see it,” Mascis says. “I thought we were way bigger than we aspired to be anyway. There are so many bands, and hardly any of them ever [get to] do anything.”

Today, with renewed interest in the band, the logical next step might be to write and record some new songs together — after all, Mission of Burma did it, and the Pixies are considering it. But the Dinosaur Jr. guys scoff at the idea. “That sounds ridiculous, actually,” Barlow says. “People ask that question without really having any desire to hear a new record. I can’t imagine doing it.” Mascis jokes, “Don’t you wish Aerosmith had never made another record? It’s all right that they got back together, but 15 or 20 years of shitty new records, and now everybody thinks they just suck — and at one point they were pretty good.”

So aside from promoting the rerelease of its first three albums, why is Dinosaur Jr. back? Perhaps the reunion has something to do with the members’ frustration over the current state of music. “It seems like mediocrity is OK now. I just wish people would be better or, if they weren’t better, that they wouldn’t play,” Mascis says. “It’s so hip to be in a band now. It’s like a fad or something, and it bums me out,” Murph adds. “Because we come from a school where you try to do your best at it, and you try to put everything you have into it and make it worthwhile.”

“We were all socially retarded, and music was the only thing we could do,” Mascis says. “That’s why we did it. It wasn’t fun or anything — it’s just all we had.” When everyone stops laughing, Barlow says, “There’s a lot to be said for a band that has a lot of creative ambition but absolutely no other ambition. With Dinosaur, we weren’t really afraid of letting things totally fall apart. I don’t really see that now. You don’t really see things that are emotional and sort of unaffected. It would be nice to see a band that really didn’t have any idea what they were doing.”