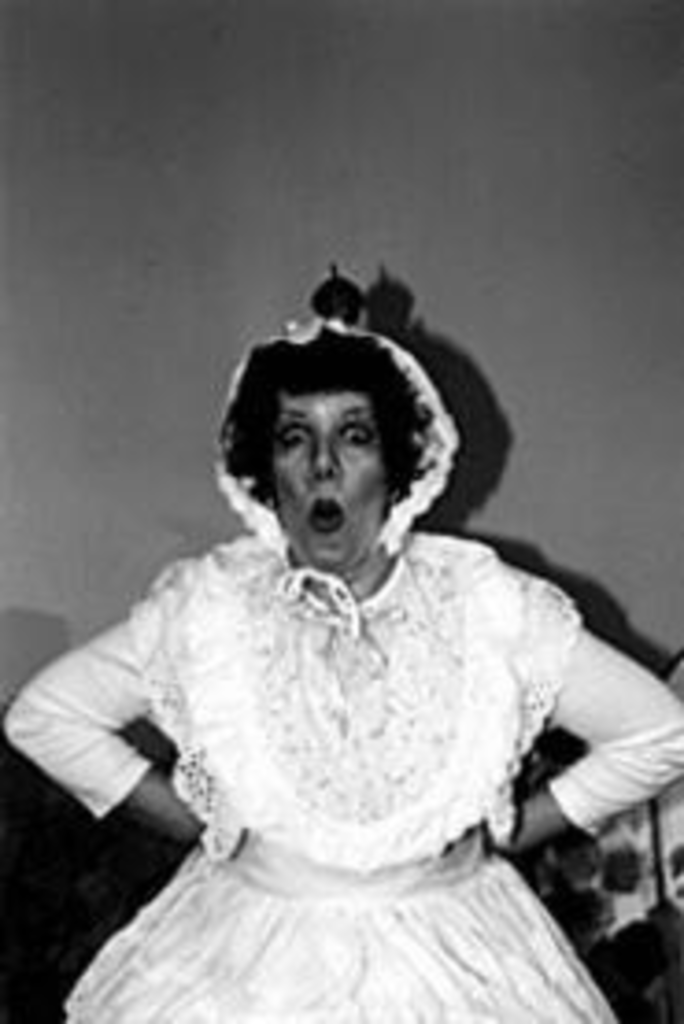 Like a barnyard version of VH1’s Behind the Music, Theatre for Young America’s Chicken Little is a warning about the perils of stardom. Written and directed by Gene Mackey with a country pop score by Cheryl Benge, the show is energetic and sweet without being frenzied and cloying.

It opens with a song by the Chicken Littles, a washboard-and-guitar band headed by the title character and lead singer (Heidi Gutknecht) and spotlighting a statuesque hen (Karen Cline-Wright), a bantam rooster (Danny Cox), a flirty goose (Valerie Mackey) and half of a set of identical-twin foxes (Chris Clegg). But Chicken Little grows weary of the bumpkin life and vows that the group will make it in Big City, where success will find them having “lunch at Sardi’s and dinner at McDonald’s.” It’s a pipe dream, for sure, but an infectious one.

Chicken’s fox friend tells the hopefuls that his brother, Foxie Moxie (also played by Clegg), is in show business and can open doors. When he shows up to help them with their quest, though, he’s revealed to be a fraud — and a hungry one at that. He keeps making Freudian slips — “Delicious!” for “Delightful!” — and mischievously sends the would-be performers through a cellar door he assures them leads to the center of the earth.

Other than enduring some light bondage, the band is never really in peril. Despite Clegg’s rambunctious and funny performance, his Foxie Moxie is too one-dimensionally bad; effective villains must have shades. And 45 minutes of the show elapse before Chicken Little even gets hit on the head with an acorn and starts to think the sky is falling. This nursery rhyme is in no hurry to get to its moral.

But Clegg’s good work is complemented by that of his costars. Mackey’s goose seems to be channeling saloon girls from classic Westerns, and Cox’s rooster boasts about the amplitude of his cock-a-doodle-do. Sheryl Bryant’s costumes are as bright as they are clever (Clegg’s nice fox, for example, has a peace sign emblazoned on his hat), and Don Carlton and Valerie Mackey’s set design disguises risers as hay bales and has fine details such as hinges and chains crusty with rust.