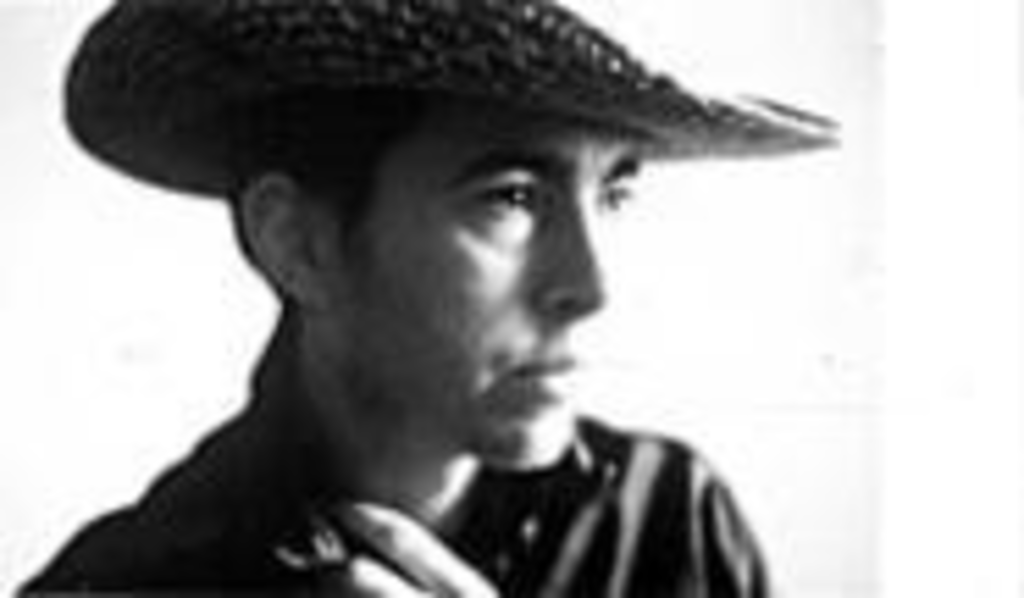 Because Bill Callahan, who records under the name Smog, delivers his songs in a detached, low voice that’s more posthypnotic suggestion than singing, folks lazily compare him to Leonard Cohen or Lou Reed. But Callahan lacks Reed’s grit and Cohen’s grace; his work employs neither the leathery colic that makes Reed the missing link between Dion and Cohen nor the verbal precision of a true song poet. What he has in common with Reed and Cohen — or Bob Dylan, Mark Kozalek or Mark Eitzel, name your poison — is unabashed self-absorption.

In fact, if Callahan’s work smells of genius, it’s a cologne, not the b.o. given off by someone sweating out, say, “First We Take Manhattan.” Heard in a stingy frame of mind, Callahan’s albums can sound pretentious, meandering, slovenly. Callahan isn’t a poet; he’s a comedian. Not, despite the underground cachet of working on the same label as Will Oldham, the crying-on-the-inside kind of laugh riot, either. Callahan is the Steven Wright or Emo Phillips of tempo-free dirge-and-roll, a guy working backward from a unique payoff to get the setup right. An anachronism, never cutting-edge, though frequently mistaken for it. A funny guy, a surprisingly insightful guy but, all the same, a guy telling jokes.

It takes a comedian to insist on conducting interviews only by e-mail when the instrument on which the questions are received and the answers dispatched is not a computer but a pager. (Callahan does not own a computer.) Whether it’s shyness, disdain or the dread of being misquoted that prevents Callahan from indulging in conversation, the results are witty, frustrating and, finally, irrelevant to his witty, frustrating albums (also slow; typically, you can absorb the whole Smog catalog a couple of times while waiting for an electronic reply from Callahan). Albums that, played in a frame of mind that’s anything greater than stingy, feature some permanently haunting moments.

One of those moments, a sort of “Smog Moving Over the Face of the Waters” that pairs looped Moby-like piano and guitar arpeggios with drums like the 1812 Overture’s cannon fire, ends Callahan’s 2000 disc, Dongs of Sevotion. “Permanent Smile” is the Syd Barrett version of Revelations; Seven waves of insects make families in my skin, Callahan sings before concluding, Oh God, I never, never ask why. He doesn’t answer “why” a whole lot, either.

Consider “Strayed,” in which Callahan’s narrator confesses he has loved in haste and played the parts of alley cat and bumblebee to your panther and your wasp. It’s a stark mea culpa: I know I have strayed, he sings calmly. Is a musician more likely to break someone’s heart than, say, an accountant? Asked that question, Callahan responds, “I went with an accountant once, just out of curiosity. Numbers were all I cared about for a time. She was sloppy in her personal accounts, exacting in her professional ones. She did not care for money except as a number. We both got wrapped up in numbers for a while.” A parable, or a joke without a punch line? It all depends on whether Callahan’s answer would have been different had the question used “zookeeper” instead of “accountant” as its for-instance.

“Strayed” also includes the most rib-tickling put-down in the Smog canon: I never thought I’d be one of those men/With pin-ups on their wall, Callahan sings. I thought that was just mechanics. But Mr. Sensitive has a Hugh Hefner streak. Asked about the polygamist on trial in Utah this month, Callahan says, “I think they should leave that guy alone. Who can blame him for wanting to surround himself with as many women as possible? He got greedy, though. He had the wives, then he wanted to be a star.” Callahan says he doesn’t know Steve Earle’s music (the two songwriters have in common a love of Michael Ondaatje’s book Coming Through Slaughter), but damned if Callahan doesn’t at least keep up with CNN’s quirkier stories.

More paradoxical is Callahan’s answer to a question about Chicago’s indie scene. The city is home to a number of alt-country labels and the flagship bands of each, leaving out Ryan Adams and Jeff Tweedy, who take home bigger paychecks from bigger companies. Chicago also hosts a surprising proportion of shoegazing proggers, such as Tortoise, whose John McEntire and Jeff Parker show up on Dongs of Sevotion. If reading Callahan’s first line of “Devotion” (There are some terrible gossips in this town) too literally is unkind to his adopted home base, his reply to a question about the lyric and the city is defensive and hazy: “What’s an insular scene and is anything really so succinct, that is to say dead and over? Chicago has no bearing on me, or my productions. I have friends there, and the others wear phony pirate suits, monocles, dungarees, ironic belt buckles. I can answer this question about as well as if I’d never heard of Chicago.” Or if Chicago had never heard of Callahan.

The remainder of Callahan’s responses are a black-and-tan of Confucius-like truths, lazy haikus and unprovable facts. He answers dumb questions dumbly — Question 13: Are you superstitious? Answer 13: Only about the number 13. He uses hipster misspellings: Asked to describe a Spinal Tap moment he’s experienced, Callahan says, “Nun comes to mind.” He ends his last e-mail with “Let’s stop and get wings.”

We know: Callahan doesn’t feel compelled to share his demos with anyone who won’t be playing the song in its final version. We know: The next Smog album is scheduled for a mid-September release. We know: Callahan considers performing live “not at all” important to his work as a musician. We know: Dongs is dedicated to the memory of stalwart Chicago producer Phil Bonnet, who frequently recorded favorite bands for free and was working on his own record when he died unexpectedly last year. We know that Callahan hasn’t heard that album.

He says, but not very believably: “I’ve got a silver Cadillac Calais with blood-red interior whose wheels must be kept constantly spinning or it will never start again. That’s why it’s called the Shark.” He says the tapes he plays in the Shark include Black Sabbath, Sam Cooke, Nina Simone and John Lee Hooker and that he buys them from Coconuts or Strawberries. (We wonder: Does he ever buy from nonfruit retailers?) “They should have tape-trading stations at rest stops,” Callahan continues. “I go through music, I ride it, I don’t hold on to it. I take it from where I can get it.”

He can be profound: On e-mail as a replacement for written correspondence, Callahan writes, “A blank piece of paper can look like the Russian Steppe now.”

He can be profoundly cheesy: “The guitar is picked up at off moments and plucked at to add a few more bars to the song of a life,” Callahan says when asked how much time he devotes to practicing.

He is circular: “Everything is flawed, incomplete. Much like the Shark, it needs constant attention,” Callahan says, describing how he hears his previous albums now.

He is peripatetic: “Did a lot of traveling, looking for the footprints” is how Callahan describes the process of gathering his thoughts for Dongs.

He is seemingly indifferent to criticism: “Criticism is an attempt to put an end to something that has no end,” Callahan says. “Music is a field passed at night in a speeding car. Everyone sees something different.”

He is, again, funny: About an album that clocks in at more than an hour and has several songs that extend past the five-minute mark without sounding at all urgent, he says, “I didn’t notice the length of anything, in terms of long music. Sometimes I had noticed how much things outside would change within the course of the album. The sun always seemed to go down or come up.”

Callahan, far from being a household name, nevertheless raises again the contest between self-absorbed art and artificial personality recognizable from Dylan forward. Callahan presents himself as he does his lonely, cryptic narrators, forcing anyone curious about his process and habits to consider songwriter and songs as one. It’s deliberate and coy, and it tends to backfire on someone who wants a life outside his or her songs, who wants not to be recognized as a constant, rhyming protagonist. Then again, a straight answer from a comedian called Smog is the last thing you should expect or deserve.