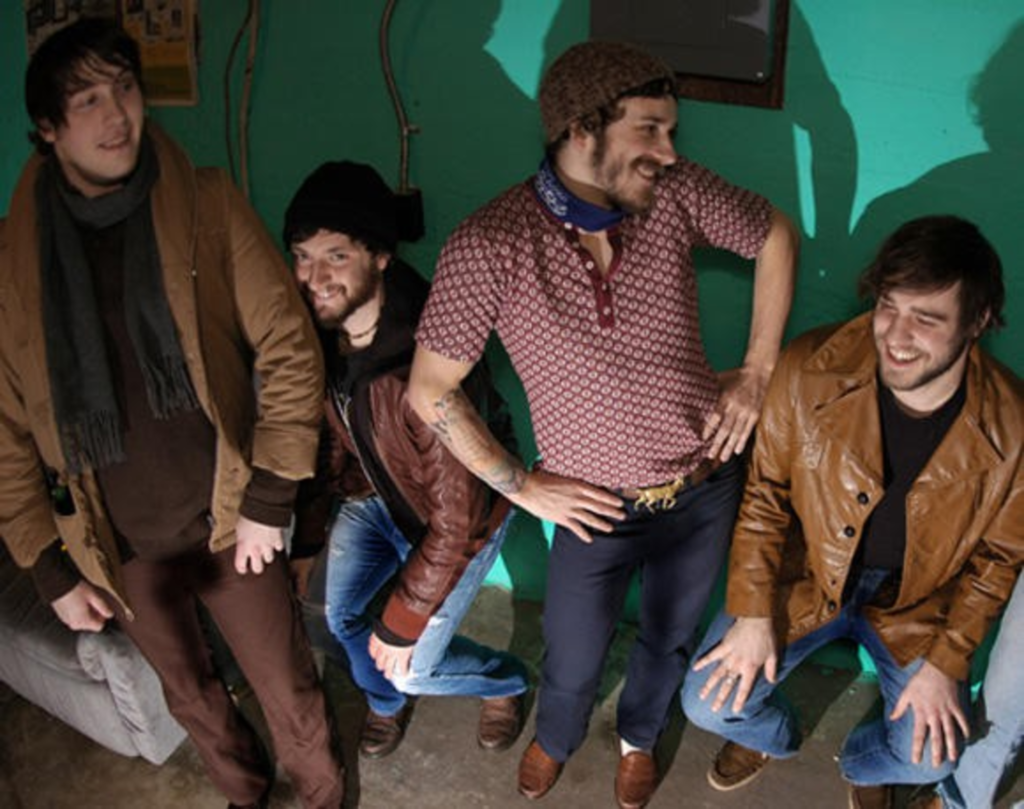 John Gourley’s speaking voice, when you hear it over the phone, isn’t unlike his singing voice: soft, a little high, friendly — bubbly, even. For the man behind Alaskan rock outfit Portugal the Man, that bright, outgoing sound has been a long time in the making. As a child, in Wasilla, he was prohibitively introverted; he claims that his bandmates forced the lead-singer job on him when Portugal the Man formed, in 2005.
Seven records and a decade later, Gourley seems to have settled into his role. Portugal the Man stops Friday at Crossroads KC at Grinders, in support of the band’s latest album, 2013’s Evil Friends. The Pitch reached him on the road.

The Pitch: You’ve got such an interesting voice — this delicate, high register that seems always ready to climb to the falsetto. You’ve said you were shy as a kid. How did you discover your voice and get comfortable with it?

Gourley: I’ll tell you a funny story. A few years ago — quite a few — I’d made a couple of songs, these bedroom demos, for a band I was in [before Portugal the Man]. We wanted to find a singer and we couldn’t, so I eventually just stepped in and did it, and we sent the demos out to a bunch of labels, and one of the labels was a hip-hop label in California. They called us back, and the guy was so funny — they were really serious about getting us down in California. It was like this thing was really gonna happen. And the third time, the third phone call, he was like, “So who’s the chick in the band? Who’s the girl singing?”

[Laughs.] And I was like, “Oh, my God.” And it completely pushed me away from singing for a number of years. But luckily, Zach [Carothers, bass] had those demos and heard me singing. I had never intended to sing for a band. I had never wanted to. I just wanted to hang back and play guitar, maybe write songs, and just be a guy in a band, just make music. But the rest of these guys pushed me into singing for Portugal the Man, and I’m grateful that they did because I never would have done it otherwise.

Is it odd to remember yourself back then — the reluctant frontman — and think of where you are now, commanding a stage?

Yeah, it is weird in a lot of ways. I mean, every time I go back to Alaska, an old friend will bring it up. They’ll ask me how on earth I got to do this. But being in this band actually helped me get past a lot of those issues. And, plus, our families will call us every single day. They’ll be like, “Can you believe that you’re here now? That you’re in Germany right now playing a show, and you grew up in Alaska? Isn’t that crazy?” So you never get a moment to be a rock star, really, because your family constantly reminds you of where you came from.

Now that you’ve been living in Portland, Oregon, for a while, do you still feel the influence of your home state on your music?

Yeah, definitely. Where you grow up shapes you and makes you into the person you become, and the person I’ve become is still very much Alaskan. In Portland, I got introduced to so many different sides of the music industry and shows and food that I couldn’t really go back home. That’s what Portland is for us. It’s a really amazing, really inspiring place, especially coming from Alaska because it’s still about local community and buying local and eating local. It had everything we were missing about home.

In 2011, you took part in the Occupy protests, performing at various cities. I’m sure you’ve heard about the news in Ferguson, Missouri. Do you feel like, as an artist, you’re somewhat obligated to take a stand when media and culture bubble up like this?

Yeah, but I don’t think it’s an obligation for an artist — it’s an obligation for everybody. The whole thing in Ferguson is crazy, and everyone should be concerned about it. Police are here to protect us, not shoot at us. It’s a huge step backwards. And it’s not an isolated incident. We just played at the Smithsonian National Zoo, at this benefit for Sumatran tigers — it’s a really great project, this really cool thing to bring awareness to — and it was a sit-down show, where you were supposed to stay seated to show respect. But this kid at the front stood up, just like it was a normal show for us, and a cop went over and told him to sit down. And then I watched six cops jump on this kid, and there was no chance. Just because he stood up, to enjoy the music. The situation was fucked.

Portugal the Man is at Crossroads KC on Friday, August 29. This show is currently sold out.