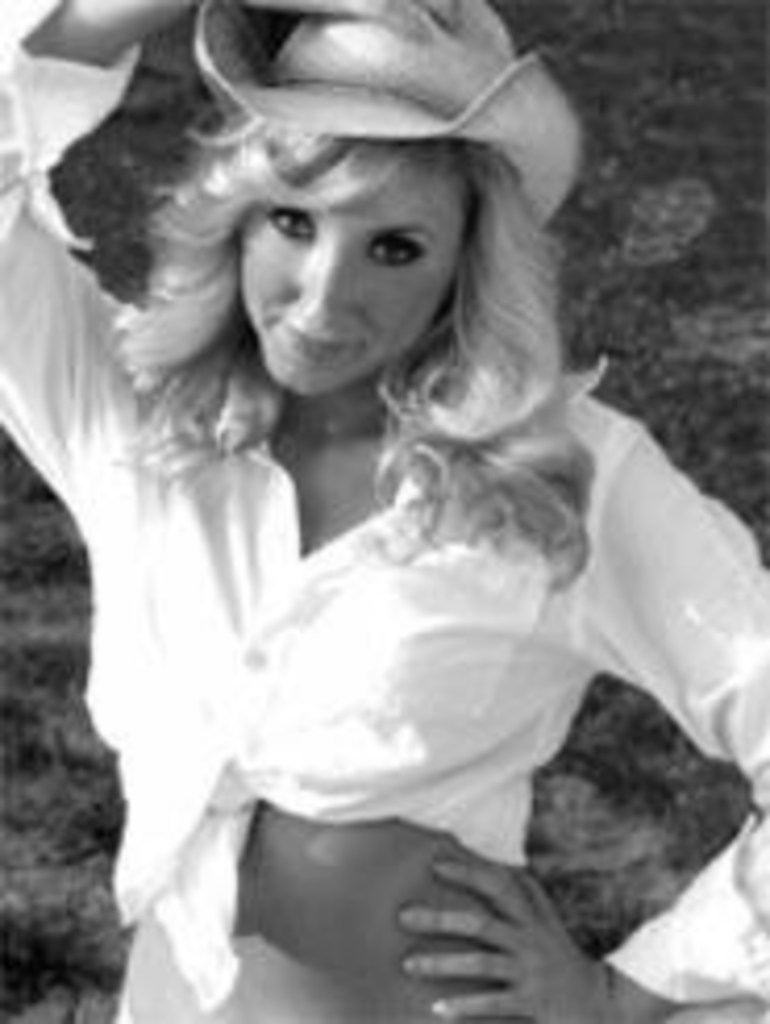 This one’s simple. If you think a musical production of Debbie Does Dallas sounds like your kind of thing, it probably is, and you should hustle on down to Just Off Broadway before it’s gone this weekend.

That out of the way, let’s talk Chekhov. Outside of your loan is past due, there’s nothing students of creative writing hear more often than the mopey Russian’s first rule of drama, which states that a gun seen mounted above the fireplace in the first act of a play must go off before the final curtain.

That metaphorical shorthand means that details must bear weight, and where things end up must relate to where things started. Heeding this generates suspense as well as a sense that the climax is inevitable.

But telling us too much kills drama. What would Chekhov have made of the lobby sign alerting us a couple of months back that the Rep’s Carter’s Way would contain gunshots and smoking? Because that show was billed as a tragedy, the only question I had as it lumbered along was whether the hero’s demise would result from bullets or lung cancer.

Odder still is this reassurance on the Web page Eubank Productions has put up for Debbie: “Viewer discretion advised, although this production is pornography-free.”

That might keep our teensy governor off Just Off Broadway’s back, but it robs this fun, frisky show of the only real tension it might have, which is how far — and in what orifices — the company will dare to push things. It’s a 69 of Chekhov’s rule, letting us know that, regardless of who or what is mounted in act one, we won’t see anything go off.

And as Missouri moves into its brave new no-lap-dance world, the comic scenes of businessmen soliciting sex acts from sweet young women might serve as some kind of public tutorial — hey, all you guys who miss getting off in strip clubs! Here’s how you negotiate for the real thing!

The story is surprisingly conventional. In the last weeks of high school, perky virgin Debbie (Katie Kester) and her cheerleading squad (a gaggle of actresses, some much too screechy, and one guy in drag, who isn’t screechy at all) work to scrounge up money enough for a flight to Texas, where Debbie has been accepted as a Dallas Cowboys cheerleader. But their jobs don’t pay well, the girls’ bosses keep leering, and by the time Debbie’s supervisor (Cory Dowman, juicing a couple of uncomfortable scenes for real laughs) offers her ten bucks for a peek at her breasts, we’re well aware of what’s coming: The girls will prostitute themselves, and Debbie’s fall will capture the spirit of Chekhov: Anyone named a virgin in act one must, by final curtain, be mounted in front of a fireplace.

Not that anyone involved has sprung for a fireplace or anything else. Good jokes are made of the lack of scenery, but what set there is — a blue edifice resembling one layer of King Friday’s Land of Make Believe castle — I don’t feel uncharitable in calling hideous.

The performances vary from shrill (many of the cheerleaders) to dead-on funny (Dowman and the other boys as the football team and the community’s leches) to Kester’s comically soulful work. As Debbie, she’s wide-eyed and glowing, and she plays her first day of whoredom like the Little Mermaid’s first day with legs. Her Debbie is somewhat torn up as she becomes what she becomes, but by the end she hardly seems affected by it. The way the show refuses to punish her for her choices is the only truly subversive thing here. Cheerleading, with its fake teamsmanship and constant crotch display, comes off as more morally bankrupt than prostitution.

The only taboo lanced here is against storytelling; we’re denied our Chekhovian expectations. Even the crowds turning out for this don’t consider being turned out a happy ending, and the show’s bravest — and funniest — step is that it’s all presented so sunnily, without AIDS, pimps, sting ops or cheerleaders sawed in half and tossed into the Missouri.

Otherwise, nothing much shocks. The athletic grinding in the big numbers merely makes explicit the subtext of dance. A meta joke late in the show about whether the actress playing Debbie will or won’t sing the word cock stiffs because we don’t believe it. Who blushes at that these days? And who in her right mind would audition for Debbie Does Dallas and not feel comfortable belting cock from the diaphragm?

Still, an older couple sitting in front of me fidgeted through much of the show, and I worried that maybe my unshockability was a fault, that perhaps material this dark should bite more sharply. Maybe we’re all so goddamned cynical that we accept this grim tale as light comedy. Then, as a cheerleader took a cell call mid-blow job, I realized: One of these girls must be their daughter.

If she wasn’t, they’d have been laughing, too.