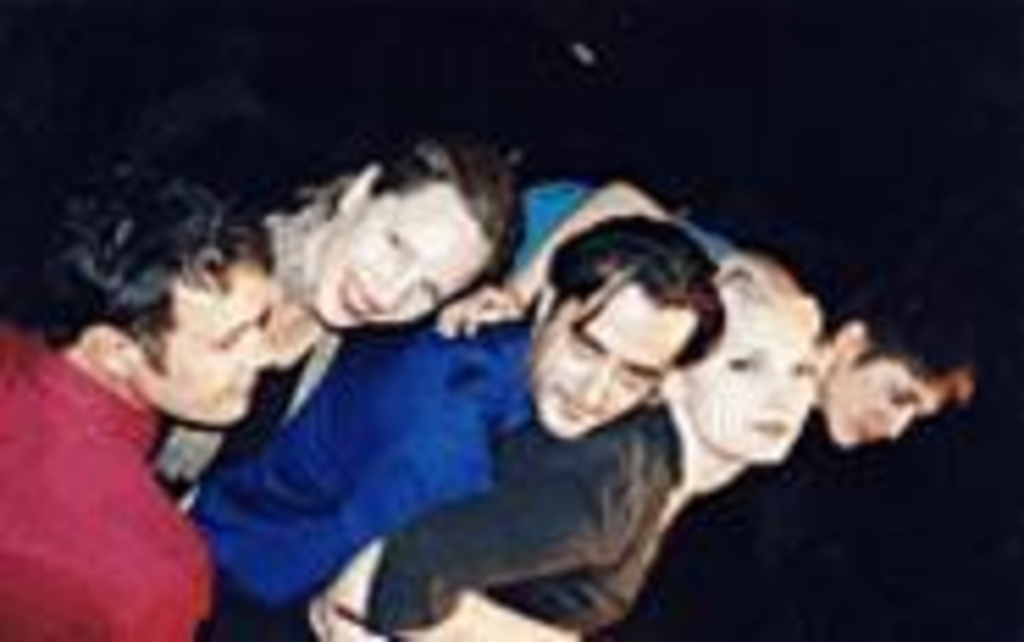 There are times when a play unintentionally reviews itself. In a scene from the new play How This Happens at Westport Coffee House, a self-absorbed writer named Mitch (Tom Beaver) says, “There’s merit in raising these questions.” He’s talking about American class distinctions, but he may as well be holding a mirror up to the play, which has grand intentions but is awkward at best.

Beaver also wrote and directed the show, one that goes too far and not far enough in dissecting the disillusion of a generation. Like a lot of people in their twenties who haven’t quite located their purpose, his characters are stuck in a Sartre-like room with no exit. The key may be found at the bottom of one more latte.

The writer and his fiancé, Barbie (Leah Strahm), are mismatched from the start. While she prattles on about color schemes and seating charts, he plays mute witness — even if he’s listening to her, he doesn’t seem to care. There are meatier issues gnawing at his soul, or so his tense mood implies.

Their paths cross with Ben (Christian Middleton) and Jody (Mindy McQuerrey), a couple who’ve been married three years despite the persistent conflict Ben feels about Jody’s career in the adult film industry. On the one hand, he can’t get past the thought of other men having sex with her. When he asks her why she does what she does for a living, her logical retort is, “Why would anyone do anything for a living?” He forces a good argument — that his wife’s sexual menu is his and his alone — yet he greedily adds behind her back, “But she makes such good money!”

The play unfolds in several short scenes; some are more connected than others to the preceding ones, but hardly any give Beaver the ace he’s gunning for. They all take place in a café serviced by an angry blonde (Stephanie Aquilino) whose purpose the author never makes clear. He’s not helped by Aquilino’s enunciation problems; nearly all of her lines in the play’s first scene are unintelligible. When an audience is deprived of the setup, it fails to invest much in the payoff.

There’s an intriguing scene at the beginning of the second act in which the two couples are discussing Jody’s movie contract, which contains a clause that states “No anal. No animals.” It prompts a funny swipe at her “artistic integrity,” and she’s been down this road before; she knows how to defend herself. But Beaver misses an opportunity with the Jody character. She’s the most interesting person onstage, at once a good citizen — she pays her taxes — and an exhibitionist who gets off on people watching her various compromising positions. When she says, “It’s really not what people think,” she might as well be talking about the Junior League.

Bizarre, though, is a scene in which Middleton, his skin darkened to look like scorched butter, plays a black pimp with a feathered hat. It’s patently absurd and borderline offensive. It’s not so much explained as extorted from some plane the writer hasn’t shared with the rest of us. The character is a clown in a flea circus, tumbling to the hip-hop only heard in his head.

Ultimately, the show is a confused statement on life during Bush II. A bulletin board at the back of the set reveals two signs that encapsulate the present administration: “Help Wanted” and “Fuck War.” But they suggest an urgency the script never achieves.