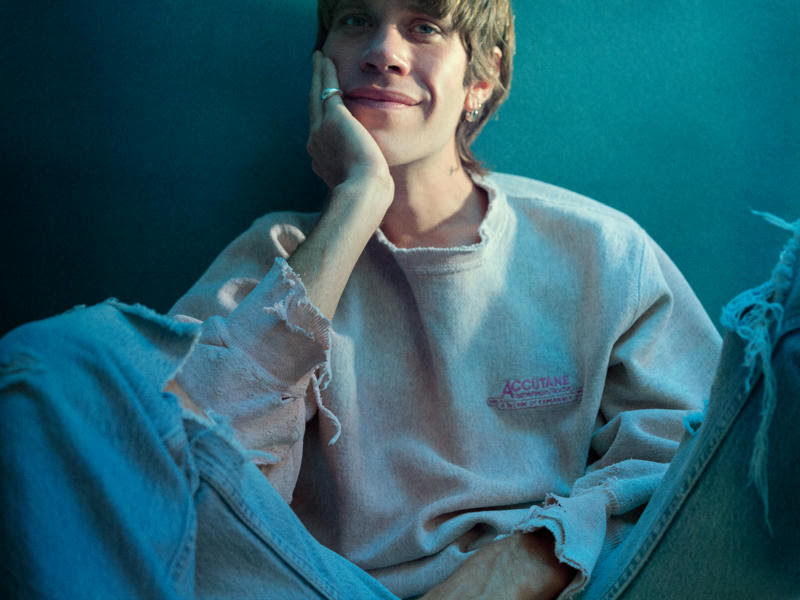 We caught up with the New York based singer-songwriter on Zoom to discuss the creation of the album, his formative years as a musician, and his 2022 international tour. 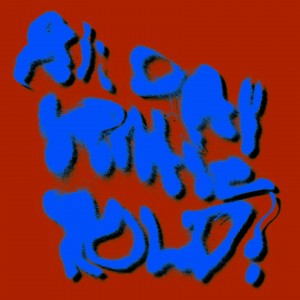 The Pitch: I was initially introduced to your music back in 2016 when you released your album Pool. When I was scrolling through Twitter I saw a picture of the cover art and that lead me to listen to the album. As you were writing and recording All Day Gentle Hold !, what did you want to convey with the cover art?

Aaron Maine: It was a collaboration with my friend Lucas, who’s been one of my best friends over the past few years. He’s an artist and he was around for most of the process of making the record. I asked him if he could mess around with something and he had an airbrush at his old spot. It just felt like a pretty organic collaboration.

Throughout your career you’ve helped direct a handful of your music videos–like “Find Me”, “Do U Wanna”, and “Country,” to name a few. You directed the music video for “Okay” from All Day Gentle Hold ! Can you talk about how the concept came together and how directing music videos have helped you grow as a creative?

Well, I don’t know. I enjoy them but the ideas aren’t like writing music where I can write anything no matter what. With music videos I sorta have to wait until the idea comes to me. I don’t really know how to seek it out. It’s fun when you get the idea and you just know it has to be that idea and there’s no questioning how strange or random the visuals might be. I work with a really great team; these two guys, Nick Hardwood (who directed the last six Porches videos) and the Director of Photography, Ben Kerry who’s incredible. There’s a couple other people who are involved too.

After listening to All Day Gentle Hold ! for the first time, something that immediately grabbed my attention is how unconventional (in a good way) the percussion section is throughout the album. When you were writing these songs, were you building the songs around the bass and drums?

Most of the songs start with the melody, guitar, and a keyboard part. And then, typically, drums come next. But especially for this record, the percussion section is arguably the most important part of a pop song. The top three elements are usually drums, melody, and bass. I had a lot of fun with these live drum samples in Logic and different virtual kits and just smash them and then add more traditional drum machine samples like Roland drum machines and Yamaha and stuff like that.

Another element of your songwriting that’s always been intriguing to me is the way you incorporate vocals and samples in your songs. For example, I thought the harmonies and counter-melody in “Swimming Big” was a noteworthy moment from a production standpoint. You also interpolated the opening chant from “Bull in the Heather” by Sonic Youth. How did bands like Sonic Youth and others before them influence how you structure your songs?

Bands like Sonic Youth were my introduction into music and playing music when I was a kid. The bass guitar was the first electric instrument I got and then I played in a band. I was listening to The Strokes‚they were so major for me. The Pixies, Nirvana, Sonic Youth, and all these other kind of guitar-driven acts. For whatever reason, when I was making “Swimming Big,” that chant was really comforting and I wanted to go down that lane for the first time in a long time because that was the way I started making music. I was playing in bands where we just played live and it felt really familiar, comforting, and enjoyable. I really wasn’t listening to that stuff so much during the process of making the album, but it’s so ingrained in my head and it was during my formative years as a listener so iit comes out in different ways

It’s such a crazy blessing to have an excuse to travel, you know? I feel like that’s the only way to really know how to do it. It’s kind of built into my career and my life. I was thinking about it the other day–when I first put my music on Bandcamp when I was maybe nineteen or something and seeing which countries people were downloading them in and I was just freaking out that one person in Germany was listening to my little Porches Bandcamp.

So yeah, obviously we live in a different world when it comes to technology and how music and art moves. But yeah, it’s amazing being able to travel and see new places and how every audience is different, even within the country. The only thing is, you don’t get to spend much time in each city you’re in when you’re touring anywhere, so there are a lot of places I want to go back to and spend a proper amount of time

We’d love to see you play a show in Kansas City.

That would be sick. We went on tour with a band from Kansas called Your Friend and they were super sweet. I think we drove through Missouri once but I’ve never played there. I’ll have to sometime soon.

Porches’ All Day Gentle Hold ! is out now from Domino Recording Co.