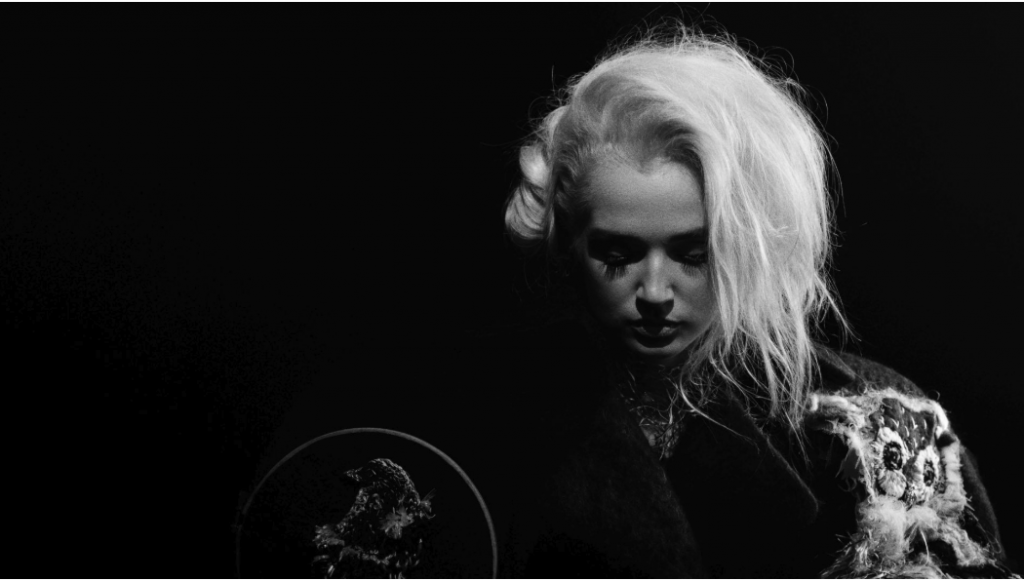 After attempting to describe the music of Poppy to half a dozen people on Monday, I’ve settled on “Babymetal, but Billy Eilish instead of J-pop.” Perhaps ASMR metal? Hot Topic for the 21st century? However you choose to frame the YouTube sensation’s blend of cooing pop vocals and furious metal riffs, Poppy’s music is definitely earworm territory. Once heard, a track like “X” or “I Disagree” will reverberate inside your skull for days.

The singer’s videos are masterworks of weird and eye-catching intensity, with each one a triumph of design and visual appeal, so it was with some level of excitement I approached last night’s half-full Liberty Hall show.

Were we going to get crazy outfits, or a stunning light show, or perhaps crazy projections on the white curtains which formed the backdrop to the set?

The band was clad in white, the singer in black, and it made for an intriguing juxtaposition, along with an intriguing mirrored lightbox at center stage which the singer effectively used to frequently silhouette herself. For the most part, Poppy’s performance was mostly just the usual array of lights and fog machines utilized by so many other heavy artists. While the coffin-sized lightbox made for an intriguing centerpiece, I’ve seen similar effects from a collection of clip lights which were just as effective.

Hell, I saw Man Or Astro-Man do more in the confines of the Riot Room than what Poppy did on the stage of a 1000-person theater.

Granted, Poppy wore her hair in a braided queue, allowing her to spin it around like a bullwhip, resulting in a fascinating series of images, but it was the only visual element in a performance which was, essentially, your standard metal show. The kids down front were super-excited, but in the back of the general admission lower level, there was a lot of chatter during most of the singer’s performance.

The songs were solid, and the backing band was exceptionally energetic. The riffs and rhythms hit hard and were definitely delivered with intensity and flair, the guys striking poses under the lights whenever possible. This was a collection of folks having a lot of fun, while still looking cool doing it with some very Bowie-esque facepaint. Poppy herself was clad in a full-body costume, looking like an anime character come to life, but there were characters in the audience who went even further. I saw one gentleman in a pastel purple angora beret, and another wearing four-inch heels, gaucho pants, and a red satin shirt unbuttoned to show off the multiple gold chains around his neck.

Poppy’s vocals would occasionally rise to the same level of intensity as her band’s performance, but only when she’d hit the grander choral parts of something like “Anything Like Me,” where her delivery was able to go big and match the band. For quieter delivery, her voice was barely a whisper, lost within the confines of the venue. It was like getting a glimpse of that which Poppy was capable, but never quite viewing the complete whole.

Interestingly enough, the house music in between Vowws and Poppy was a collection of the main title music to John Carpenter film scores. Seeing a number of heads tilt and conversations pause as folks in the audience realized that yes, that was Escape from New York made for a surreal and amusing moment. It was, perhaps, more revelatory than the performance itself, in terms of incongruent surprise.

Openers Vowws describe themselves as “Australian Death Pop,” and it’s an accurate descriptor for a band which sounds like Bauhaus and INXS had a baby. For a duo, they were incredibly energetic. Guitarist and vocalist Matt was cranking out oddly-distorted tones, while Rizz on vocals and electronics would set drum beats and rhythms to going, then bopped away from the keyboard to sing and dance. It was very gothy, and the audience responded really rapturously to their sounds.

All the Things She Said (t.A.T.u. cover)

Sick of the Sun 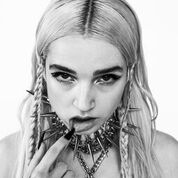 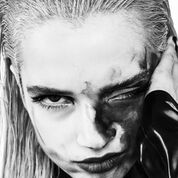 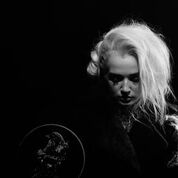