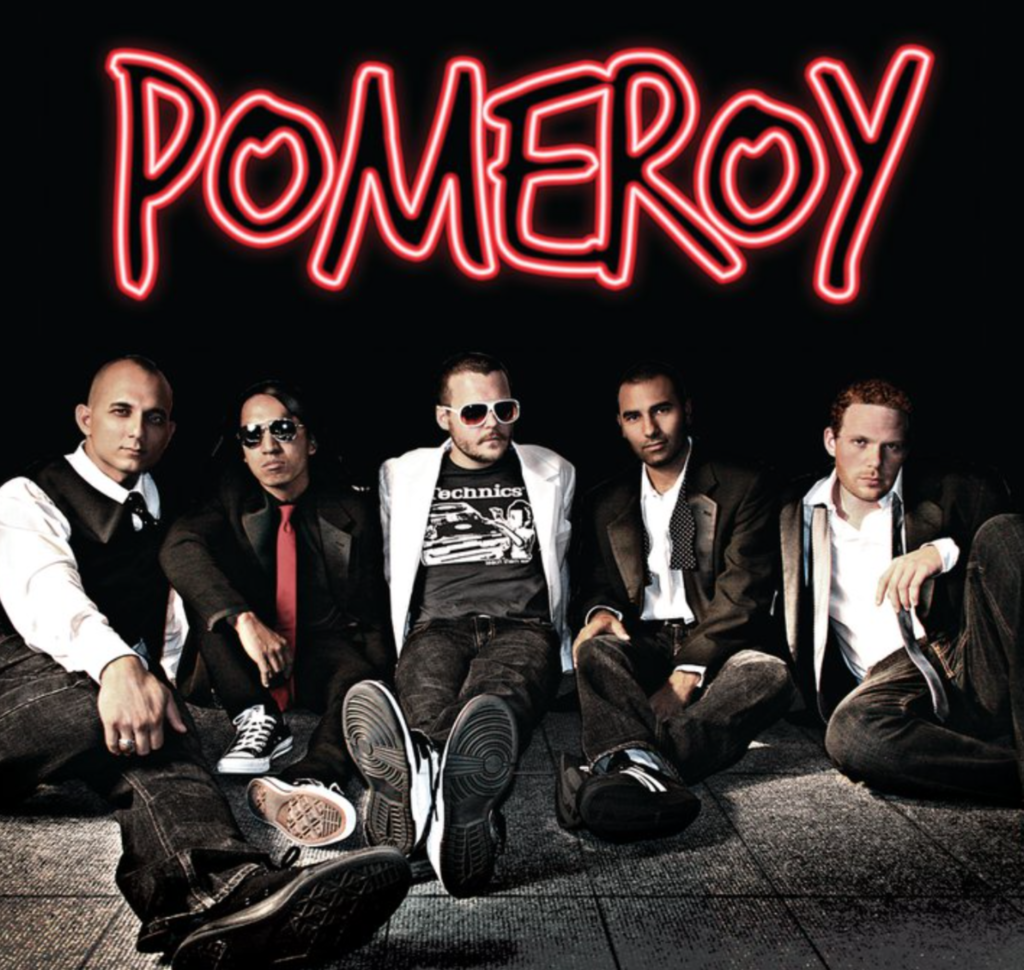 Pomeroy was at the height of its career in 2007 when it released A New Reflection, its fourth studio album. But as the funk-pop band wrapped up a tour in support of that record, the members decided that after a decade together, it was time for Pomeroy to retire. They went their separate ways, some moving across the country. Aside from a few singles following A New Reflection, Pomeroy had no new music to share.

That is, until last month, when the band released “Here We Go.” It was a collaborative recording, pieced together remotely, and with the release, Pomeroy decided to reunite for a special show Friday at VooDoo Lounge. If you forgot what the early aughts in Kansas City sounded like, here’s your chance to relive it.

Ahead of Friday’s gig, we chatted with vocalist David Fairbanks about the unexpected reunion and what the future holds for the band.

The Pitch: Pomeroy’s members are scattered across the country. What’s the idea behind the reunion show at VooDoo Lounge?

Fairbanks: I think, more than anything, it’s just a chance to get back together, to give the fans that we’ve had for the last 17 years something in return for the career that they’ve given us. We had such a strong, awesome career for 10 to 12 years, and we’ve been seeing a resurgence in the last couple years of fan activity and on Facebook.

We haven’t played a show in five years — the last show we played together was over Christmas in 2010 — and we were talking about getting back together and doing something awesome for the fans. We also wanted to couple it with a new release and we’ve got — “Here We Go” — and that song kind of encapsulates our reasons for getting back together.

Does this mean more releases?

I think so. There’s another song that we’ve gotten about 80 or 90 percent completed — I don’t think will be ready to release before the show. We had anticipated it would be kind of a B-side release [to “Here We Go”].

https://bandcamp.com/EmbeddedPlayer/track=3316944044/size=large/bgcol=ffffff/linkcol=0687f5/tracklist=false/artwork=small/transparent=true/
How did you guys collaborate long distance for “Here We Go”?

The way we recorded it all — never were all of us together in the same room all at once. It was one of those things where we tracked drums and sent that to Matt [Marron], who plays guitar and sings, and then sent that to Chris [Davis] and Tyson [Leslie] and Dean [Hopkins], who’s our bass player, and then he sent it to me, and I did the rhymes and the vocals. Then Matt and I did the mixing, and everyone was really happy with the product, having done it remotely. I think that showed us that we can continue to release music in the future, whether we have a release show coupled with it or not.

Ten years ago, you guys were doing pretty well as a touring act, and it felt like you were pushing hard for that big break. What happened?

I think it simply came down to responsibility and the ability to take care of our families. We got our first record deal in 2000, with Get Go! Records in Omaha. At the height of our success in 2007 and 2008, it really looked like, “Wow, this is what we’ve been working for for the last ten years.” We went out on tour and had all the bells and whistles — our own tour bus and crew and all that.

It really came down to all of us looking at how we were living, playing 200 shows a year and gone all the time. We were making good money, but to us, we either needed to make it and get that really big deal or figure out how we could do both. In order to do both, we had to take a break. We all found something else to support our families other than driving around the country, and it worked out. But now, we also have figured out that we an still create music and do the live shows here and there if we want to. We’re going to do two this year, and I can’t see why we wouldn’t do two or three more shows a year. I think we may have found the secret to being able to do this while having other careers in our lives.