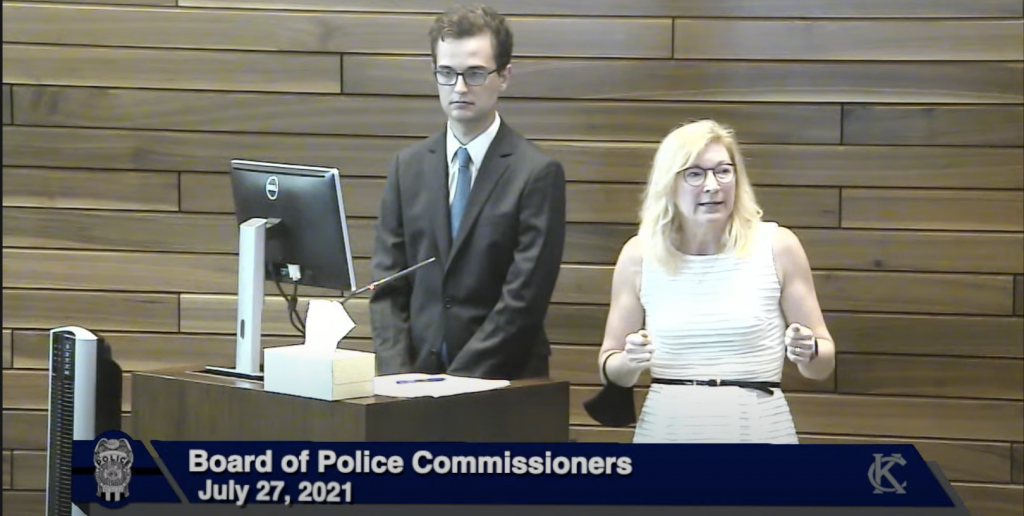 The Board of Police Commissioners met today for their monthly meeting and along with it came an abundance of police reform discussion. One discussion brought before the Board was a presentation on low-level drug-related crimes by Jackson County Prosecutor Jean Peters Baker.

The presentation highlighted a year-long effort of collecting data in an attempt to persuade the Board to pass policies that work and are fair to vulnerable communities so that they may trust the police again.

Baker says that currently, police enforce saturated areas of crime in the hopes that it will “beat out” the crime. But the data collected—not just here, but the entire country—shows that that level of enforcement only creates a bigger divide and mistrust in the system, proving that pursuing low-level drug crimes isn’t working.

The number of violent drug-related crimes is drastically misconstrued an analysis shows. Looking at drug-related cases from 2015  to present, only 25% of defendants were seen as violent.  Baker says that police need to start focusing on violent crimes and stop sending in low-level cases.

With the number of low-level cases her office gets, she says that there is no way to efficiently process all of the cases. In 2019, KC police sent 1,402 felony drug cases to Baker’s office.

Changing the current system would allow for substance abusers to get to treatment quicker and make sure that communities are policed and prosecuted fairly.

“We need to look at all policies as they are impacted on certain neighborhoods, certain communities,” she says. “There are certain neighborhoods that are really racked, racked by crime, violence. Too often we can’t meet the demand of getting justice for them because it is not solved.”

Baker suggested creating neighborhood accountability boards to find ways to build trust with law enforcement, allowing for violent crimes to be the main focus of police.

The Board did not take action on Baker’s findings, though Commissioner Cathy Dean worried that a change in enforcement in Jackson County might be seen as “discrimination” to other counties. But that would be extremely unlikely, seeing as the current police enforcement practices in drug-saturated communities are already discrimination. You don’t see police stalking the streets of Waldo every night—as Jean herself pointed out.