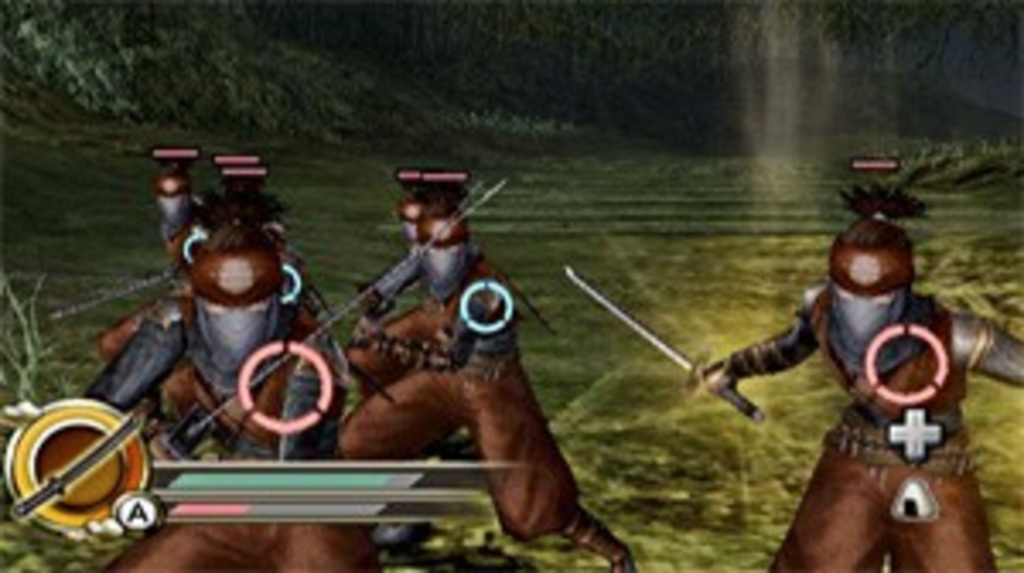 The very first time I saw the Wii’s motion-sensitive “Wiimote,” a single thought bounced in my head like a toddler on corn syrup:

It was inevitable, a perfect match for the technology. Never again would I be caught doing the Star Wars geek’s dance of shame (humming through pursed lips while swinging a broomstick). Surely, developers were already hard at work on a game where you’d be able to pick up a Wiimote, flick the A button to ignite your Jedi weapon — complete with the buzz of crackling energy through its speaker — and make Vader pay for that crack about shtupping your mom.

It’s so obvious, it might even be a launch title!

Oh, what a naive little nerd I was. In the 14 months or so since the Wii landed, every conceivable (non-X-rated) motion has been simulated except lightsaber play. There’s bowling, batting, golfing, suturing, fishing, grenade-throwing — even sautéing, for God’s sake — without even one game that invites you to send cauterized hands pinwheeling through the air.

It’s in this field of slim pickins that gamers hungry for swordplay of any kind might want to give Koei’s promisingly named Samurai Warriors: KATANA a try. But in Star Wars parlance: The Force is not strong with this one.

Set in feudal Japan, Samurai Warriors has you fighting on different sides during the time of Oda Nobunaga, using era-appropriate weapons to slice, stab, and bludgeon your way to victory.

The important thing to know about Samurai Warriors is that there’s virtually no motion-based swordplay to it at all. It’s more of a light-gun-type game, like House of the Dead: There are onscreen crosshairs you aim at approaching enemies, “slashing” them by pressing the A button. There are a few swordlike swiping motions, but they’re not typical or even that necessary; most of the game is simple pointing and clicking.

Also similar to light-gun games is the fact that you’re playing mostly “on rails,” the game advancing you on autopilot to face groups of enemies that you hack at until they’re all defeated, at which point you move on to the next batch. Occasionally you’ll get some limited control over your movement, but those moments are rare.

To Samurai Warriors’ credit, it does what it can to make what’s essentially a painfully repetitive Sengoku-era shooting gallery slightly more interesting. Players find different weapons and improve their skills, but none of that really distracts from the muddy PlayStation 2-level visuals or voice acting that meets EPA standards for noise pollution.

It may seem harsh to criticize Samurai Warriors for not having very good swordplay, when it could be let off the hook as a mediocre shooting game. But in subtitling its Wii game KATANA (with the annoying pretension of all caps, no less), Koei seems to be hinting at game play that doesn’t really exist in this package. At the very least it’s misleading, and at most it’s manipulative. And either way it’s disappointing.