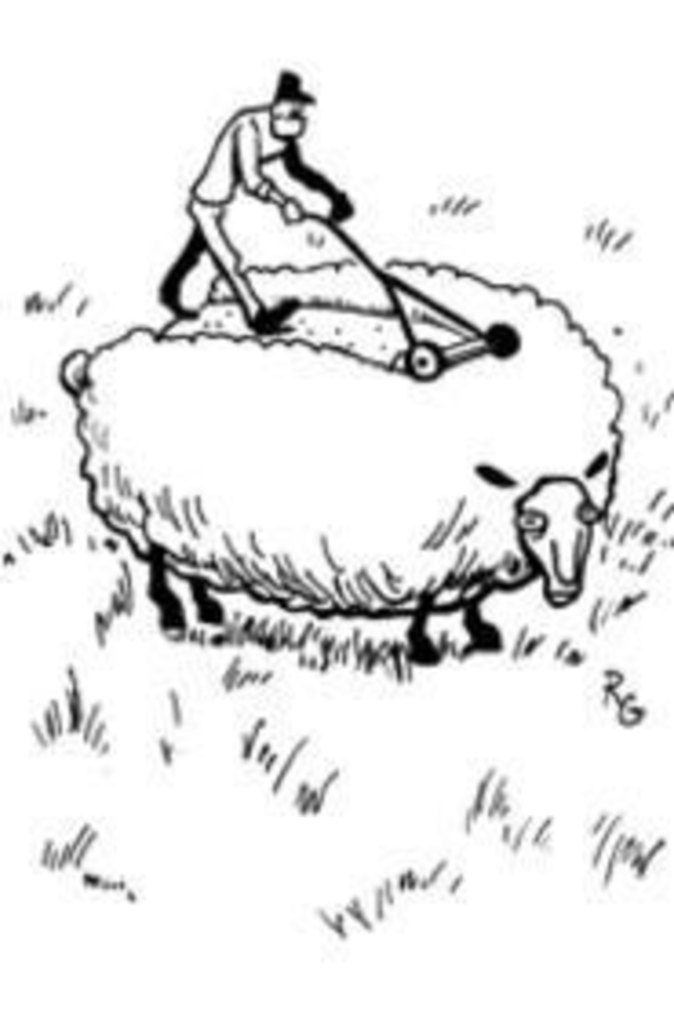 SAT 5/7
“W.W.J.J.D.?” the T-shirt asks — what would Joan Jett do? What Jack Nicholson is to the Lakers, the rock goddess is to New York’s WNBA franchise, the Liberty. And if Joan Jett likes the WNBA, we like the WNBA. While we ponder names for our imaginary hometown team (the KC Queens? the Plaza Princesses?), the Minnesota Lynx and the Detroit Shock battle it out at 7 p.m. Saturday for the Kansas City Southern Shootout, an exhibition game at Municipal Auditorium (301 West 13th Street). Before the game, young fans can score a T-shirt and chat with players at the WNBA Kid Fest. Tickets are $12-$18; call 816-931-3330. — Rebecca Braverman

SAT 5/7
Seven years ago, a New Zealand sheep named Shrek escaped the shearing table and went on the lam (sorry). He hid out, getting fluffier and fluffier, and when his owners caught up with him again last April, he had grown what the Kiwi press described as a “monster” coat that weighed 27 kilograms. We think that converts to 12 pounds, but our math sucks. Either way, the pictures of Shrek’s tiny head, dwarfed by a coat that would make Zsa Zsa Gabor stamp her feet in envy, are so entertaining that we’re inspired to check out our local sheep-shearing festivities and maybe facilitate another jailbreak. Run, Shrek, run! The shaving (and dyeing, spinning and weaving) enliven Missouri Town 1855 at Fleming Park (8010 East Park Road) from 9 a.m. to 4:30 p.m Saturday. Adult tickets are $3, seniors and children are $2, and kids (shut up) 5 and younger get in free. Call 816-503-4860. — Nadia Pflaum

SUN 5/8
At this very moment, supposedly grateful adults across the metro area are buying really sucky gifts for their mothers. Also at this very moment, families across the metro area are living in really sucky houses. Kaw Valley Habitat, the local chapter of the worldwide charity Habitat for Humanity, wants to help alleviate both problems. Its Mother’s Day Build offers the chance to spend an afternoon with Mom and build a home for someone in need. For $30, the whole family gets to help out with Habitat’s humble mission of trying to eliminate poverty housing around the world. Kaw Valley Habitat’s construction projects are 70 percent volunteer-based, and the agency has built more than 100 homes in the Kansas City area. Its Mother’s Day effort runs from 1 to 5 p.m. at YouthBuild House, 2101 North Third Street in Kansas City, Kansas. To sign up, call 913-342-3047. — Sarah Smarsh