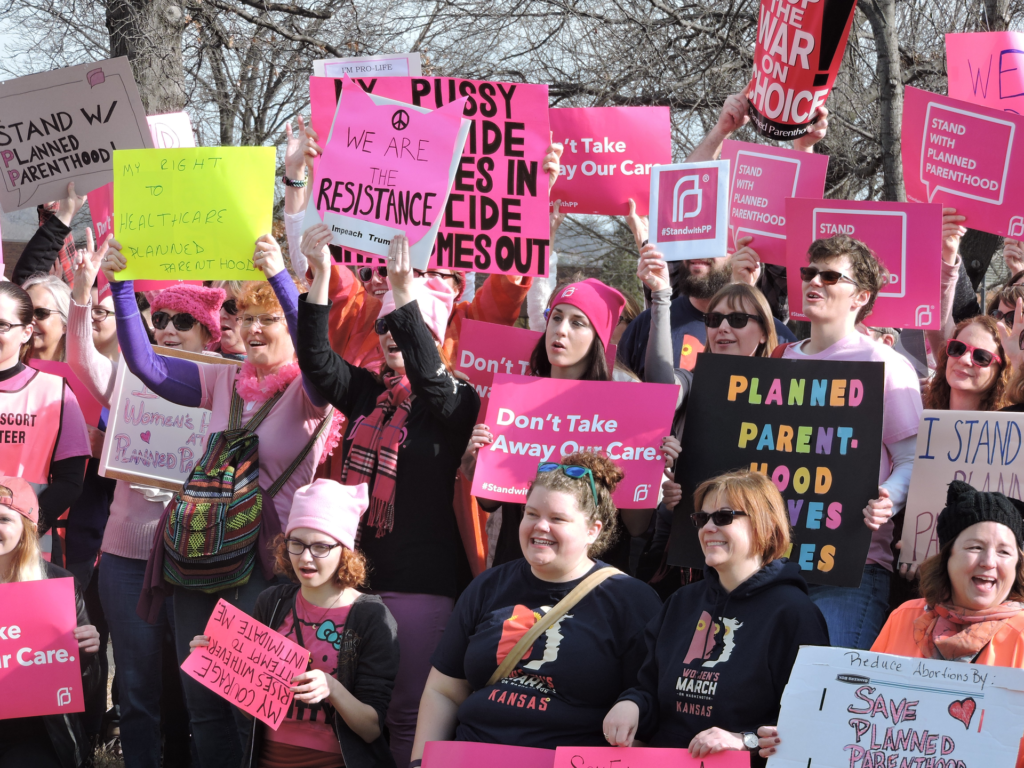 Unlike the impromptu rally that materialized at Kansas City International Airport a couple of weeks ago, in response to President Donald Trump’s anti-immigrant and anti-refugee edicts, today’s protest at the Overland Park Planned Parenthood clinic had a business-as-usual flavor.

About 35 anti-abortion demonstrators, gruesome-looking signs in hand, show up routinely on Saturdays to exhort patients not to enter the clinic. But their ranks have swelled lately, in a show of support for the very real threat that Congress and Trump might actually stop reimbursing Planned Parenthood for treating Medicaid patients. A couple of hundred anti-choice activists were on hand today as the rally reached its peak.

But the defunding peril and Trump’s election have also boosted Planned Parenthood’s volunteer ranks. More than 300 persons signed on in the month of November alone. About 500 supporters lined up today in front of the clinic on 109th Street and along Roe Boulevard. 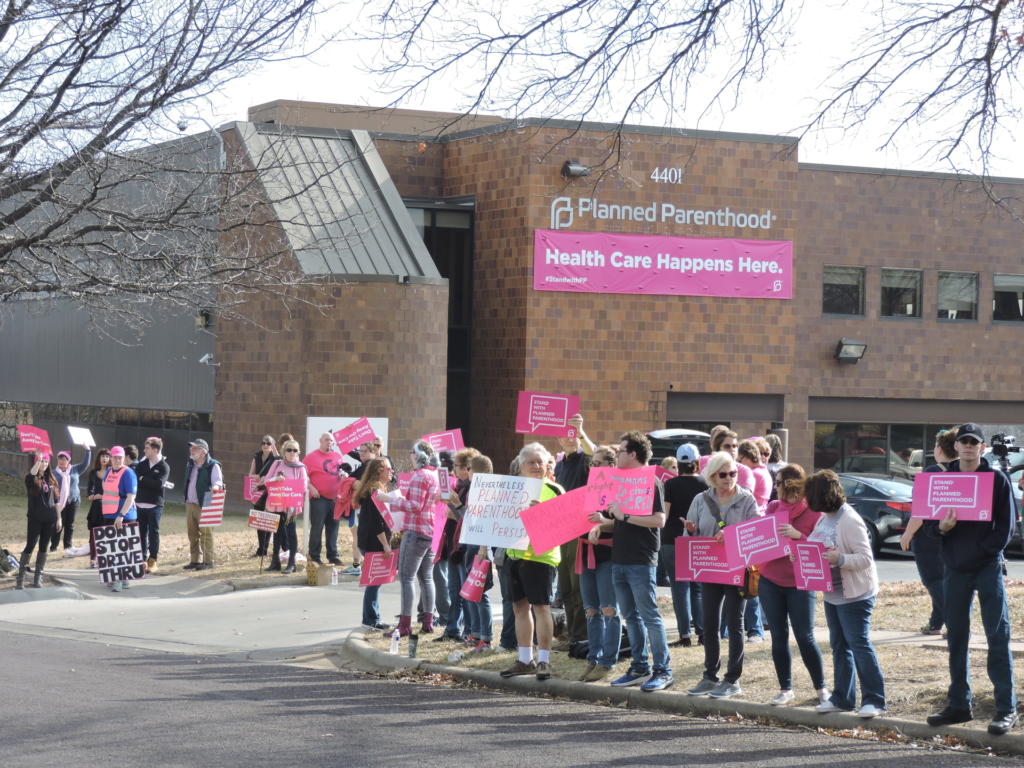 A mic’d-up abortion opponent wandered among pro-choice women wearing the de rigueur pink “pussy” hats. “Our children are having their heads crushed while you chant,” he said.

If the point of such a repulsive statement was shock value, it failed. Planned Parenthood’s supporters ignored the man and his allies, who were chanting, “Hey hey, ho ho, right to life has got to go.”

Planned Parenthood allies who showed up to protest had been asked to sign a waiver agreeing not to engage with anti-abortion protesters, Laura McQuade, president of the Great Plains chapter, told me. “This is not about them,” she said. “This is about us and our patients.”

But right in front of us, an abortion opponent was doing her best to command center stage.

“Good morning,” a woman said, her message also amplified with a microphone. “ I just want to tell you that I’m praying for you. I walked through these doors 28 years ago and I haven’t been the same since.”

As she talked, she advanced first to the line separating the public sidewalk from Planned Parenthood’s driveway on 107th Street, then across it. A female security guard told her to back up. She advanced some more, resulting in the one brief shoving match of the morning.

As the protest was drawing to a conclusion, I noticed that Planned Parenthood supporters along Roe Boulevard had ramped up their intensity. “Racists, sexists, anti-gay,” they were chanting, “born-again bigots, go away.”

I liked it, but couldn’t help wondering if the new chant might constitute a violation of the “let’s be nice” waiver.

When I put the question to a random volunteer, she froze, looked aghast, and then rolled her sign into a makeshift megaphone and resumed the chant, but louder.

Good for her. In desperate times, a little bit of nasty goes a long way.