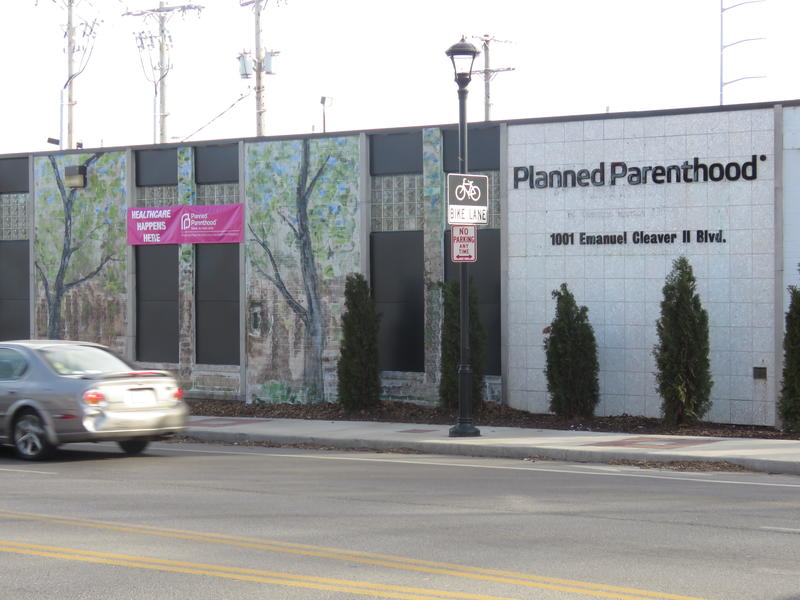 [Editor’s note: Eleven a.m. Monday, September 11: This story has been updated to include a response from Missouri Attorney General Josh Hawley.]

After a hiatus of several years, brought about by onerous state legislation, abortion services are expected to resume in midtown Kansas City in about a week.

Planned Parenthood Great Plains is booking appointments for nonsurgical abortions at its Patty Brous Health Center, near Emanuel Cleaver Boulevard and Troost Avenue. The first consultations with physicians are expected to begin September 18.

“We are thrilled to announce that Missouri women can now access safe and legal abortion services at our midtown health center,” says Aaron Samulcek, interim president and CEO of the local Planned Parenthood chapter.

Many of the patients who seek help at the Patty Brous clinic are low-income women who depend on bus service, Samulcek says. That population was hit especially hard when the state forced Planned Parenthood to cease abortion services in midtown, directing patients instead to its Overland Park clinic or elsewhere.

Planned Parenthood Great Plains also expects to receive a license to resume abortion services at its Columbia clinic in the next few days. That location will offer surgical as well as medication abortions. A separate Planned Parenthood chapter in St. Louis is seeking licenses to perform abortions in Joplin and Springfield.

The developments mark a dramatic expansion of options available to women in Missouri who are seeking to terminate pregnancies. Currently, only a Planned Parenthood clinic in St. Louis offers abortion services. The expanded access comes as a result of court decisions, and will almost certainly set off a backlash by the large anti-abortion contingent in the Missouri legislature.

Planned Parenthood stopped offering abortions at the midtown Kansas City clinic about five years ago, when it was unable to overcome restrictive Missouri laws. Ignoring the reality that abortion poses very low risks for women patients, legislators demanded that clinics meet the same structural requirements as ambulatory surgical centers. They also required physicians who perform abortions to acquire admitting privileges at a hospital within a 15-minute drive of the clinic.

The Missouri laws were part of a nationwide anti-abortion strategy known as TRAP — targeted regulation of abortion providers. Its aim was to close clinics, and it succeeded. In Kansas City, Planned Parenthood was unable to persuade a single hospital to grant admitting privileges to its physicians — even though Planned Parenthood’s birth control and health screening services are vastly helpful in keeping low-income patients out of hospital emergency rooms and maternity wards.

The inability to meet the “hospital relationship restriction,” as Planned Parenthood calls it, also forced the termination of abortion services at the Columbia clinic in 2015. State politicians pressured the University of Missouri’s leaders at the time to revoke admitting privileges at Mizzou’s hospital for the physician who provided abortions at the clinic.

Anti-choice politicians were thrilled about their success in forcing women to travel out of state and incur hefty expenses in order to obtain a legal health procedure. But their chest thumping proved premature.

Missouri’s laws closely resembled harsh legislation in Texas that has caused more than half the abortion facilities in that state to halt services. The U.S. Supreme Court in 2016 struck down the Texas restrictions, with the majority of justices finding that they imposed an “undue burden” on the right of women to terminate a pregnancy.

“When the Supreme Court issued its decision in June of 2016, we promised that we would take action to restore access in Missouri,” Samulcek says.

Earlier this year, U.S. District Judge Howard Sachs blocked Missouri’s restrictions, stating unequivocally that, instead of protecting the health of women patients, the state was placing them at risk by limiting access to professional abortion services.

Planned Parenthood chapters immediately applied for licenses from the state Department of Health and Senior Services to resume abortion services in Kansas City and Columbia, and initiate services in Springfield and Joplin.

Missouri Attorney General Josh Hawley has appealed Sachs’ injunction blocking the regulations. On Friday, Hawley’s office fired off a communication to the Eighth Circuit of the U.S. Appeals Court, asking for expedited action. The letter notes that two Planned Parenthood clinics were close to being licensed for abortions as a result of Sachs’ rulings “without complying with the State’s health-and-safety standards for abortion facilities.”

While the newly expanded menu of abortion options in Missouri is welcome news for patients and advocates for women’s reproductive health, it is certain to enrage anti-choice politicians. Most lawmakers and all statewide officeholders, with the exception of Democratic Auditor Nicole Galloway, are vocally opposed to abortion.

Even with the recent legal opinions, Missouri still places a number of barriers in front of women seeking abortions. It was among the first states to enact a 72-hour waiting period — meaning a patient who travels to a clinic must then wait three days after consulting with a professional there.

This summer, in a special session called by GOP Gov. Eric Greitens for the purpose of enhancing his standing among anti-abortion groups, the legislature passed a spate of new restrictions. Now, either the physician who has referred the patient or the doctor who will perform the abortion must provide the initial consultation. And all tissue removed during a surgical procedure, rather than a sample of it, must be sent to a pathologist for examination.

More attempts to harass clinics and abortion providers and impede patients are likely when the legislature convenes in January. But that expectation doesn’t take away from the very good news that, for the moment, women in Kansas City and Missouri will be able to access a crucial reproductive service much closer to home.

“I want to reiterate how proud we are to end Missouri’s status as a one-provider state,” Samulcek says.

Given the strong political will in Missouri to ban abortion in the state entirely, the coming expansion of services is as gratifying as it is unexpected.