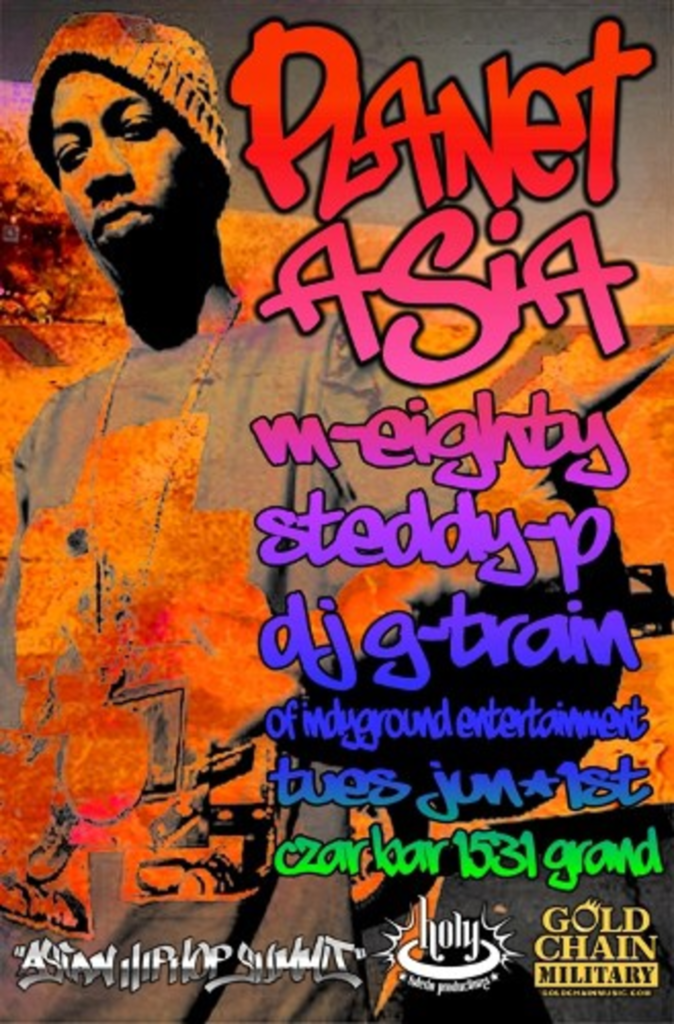 Mixtape king Planet Asia brings hip hop to Czar Bar on Tuesday, June 1. Seriously, the man’s released five proper albums, and eight mixtapes. He’s a man who knows how to promote himself, and what his audience wants.

Planet Asia is touring in support of his new album with Gold Chain Military, Chain of Command.

Accompanying him will be M-Eighty, who holds the world’s record for longest freestyle. Back in December, he rhymed for over nine hours. Now, it’s doubtful that you’re going to get such a performance. His set at Czar Bar is going to have a bit more brevity.

Also on the show is Kansas City’s Steddy P.