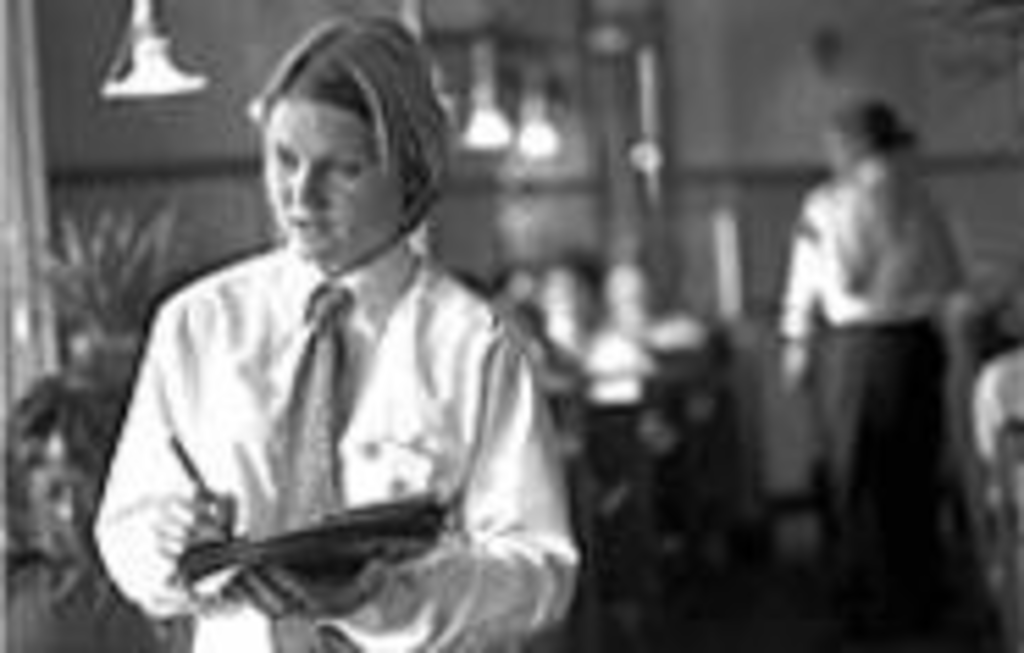 “Have you been to the California Pizza Kitchen?” asked a friend of mine, practically salivating. “It’s out of this world! Everything is so delicious.” She continued in great detail, not noticing that my eyes had glazed over. It isn’t that I dislike hearing other people extol restaurants, but this particular friend has notoriously abysmal taste in dining venues. So her rave about the California Pizza Kitchen only sent up red flags for me.

Several acquaintances with more refined tastes told me later that they really liked the two-month-old addition to the Country Club Plaza, too. It’s inexpensive, they said, and the service is attentive, and the food tastes good. “It’s not glamorous,” they cautioned. “It’s kind of like, you know, an upscale diner.”

An upscale diner? Is that an oxymoron, like jumbo shrimp or a healthy tan? Anyway, I was game to try the place, and I’ve now dined there on three occasions. And I’ve found the glowing reports about the restaurant to be highly exaggerated. It does, indeed, have a dinerlike atmosphere. The napkins are paper, the tables uncloaked. The music is awful, and the service inconsistent. That said, I do understand the restaurant’s enormous early popularity. By current Plaza standards, the dinner prices are downright cheap, and the staff couldn’t be friendlier.

But some integral ingredient is missing from the place, something special that would lift the Los Angeles-based chain pizzeria out of the ordinary. It took me a long time to put my finger on what it was, exactly. When I did, I was reminded of a story from my past, when I worked at a restaurant with a waitress who had endured so many bad relationships that she finally went to a professional matchmaker for help. She was set up on a blind date with a man described to her as “flawlessly handsome and sweet as an angel.” My friend was intrigued but wary.

“There’s always a flaw,” she told me after her first — and last — date with him. “And I saw it right away, even though he was a very handsome gentleman. He was wearing a hairpiece! And it wasn’t even a good hairpiece. I kept trying not to stare at it, until he noticed something was wrong and said, ‘I see you’ve guessed my secret.’ And I got tongue-tied and said, ‘Oh no, I don’t know what you mean.’ And he looked at me and said, ‘Admit it — you can tell I have a glass eye.’ It was all downhill from there.”

I had the same reaction to the California Pizza Kitchen; my experiences started with such promise but went quickly downhill. I wasn’t looking for flaws, but they were easy to find at a restaurant that seemed to be offering a more elegant kind of pizza, giving a cosmopolitan gloss to a rustic dish with origins as humble Neapolitan bread. But beauty is only skin-deep, and the sophistication here is phony; this restaurant has more in common with a Denny’s than with, say, Il Trullo. It is good-looking, though. The tabletops are shiny, and the blond woodwork and stainless-steel touches are dramatic, in a hard-edged, corporate style. The artwork, if you can call it that — take-out pizza boxes painted like canvases and framed in Plexiglas boxes — have a sly touch of whimsy but look as prefabricated as the menu, an International House of Pizza assortment, representing a United Nations’ worth of cultures. Do you like Indian food? There’s a pizza with tandoori chicken! Are you a Mexican food fan? The tostada pizza boasts black beans, salsa, ranch dressing and tortilla strips. Ole!

My friend Ned gave the dining room the once-over before squeezing into a spacious, upholstered booth: “It’s beautifully homogenized,” he said. “Middle-class values in sanitary splendor.”

Jim, Marie and Bob had come along for the meal, and once we all settled in, we agreed that one of the servers, dressed in a crisp, white shirt, black pants and apron, looked vaguely familiar. “That’s because he’s worked at every restaurant in town,” Ned said, “and has had a different hair color in each of them.”

Our waitress fumbled as she opened the bottle of Chardonnay, annoying Ned greatly. He was calmer after downing a glass or two, and he shocked all of us by admitting that he liked his bowl of fiery kung pao spaghetti, which was “neither Chinese nor Italian,” he noted. “I guess it must be a California dish.”

Disneyland is more like it. The cross-cultural creations weren’t always so successful. The Thai linguini, tossed in a “spicy, Thai peanut-ginger sauce,” was neither spicy nor gingery. It was surprisingly bland. “A faux pad Thai, dumbed down for middle-class American palates,” Jim said.

Ditto for a ravioli that sounded so wonderful — rosemary pasta pillows stuffed with cheese and chopped portabella mushrooms — but which actually had little flavor, despite the intense garlic cream sauce ladled over them.

The pizza choices were somewhat better, though the dough tasted vaguely sugary. On the same note, the cushion-soft slices of bread — which apparently are served only upon request — were slightly sweet and had the consistency of coffee cake. If it seemed absurd to be ordering a tandoori-chicken pizza on honey-wheat pizza dough (it would have been more interesting on a crust made from roti or naan), it was culture shock to have the mildly spiced slices of chicken peeking out from a blanket of mozzarella cheese. A vegetarian pizza, artfully constructed from grilled Japanese eggplant, sun-dried tomatoes and roasted corn, was delicious to look at but boring to taste.

I do confess to having loved the Peking-duck pizza, which I ordered on a subsequent visit with Bob and the stylish Carol. Another odd Chinese-Italian creation, it was made with chunks of skinless roasted duck, shiitake mushrooms, sticky hoisin sauce and greasy wonton strips. And melted mozzarella, of course. At least that pizza arrived with the wonton strips intact, unlike the tortilla strips that were supposed to have been sprinkled on top of the soup that Carol ordered. Even without the tortilla straws — the waiter brought them after Carol was nearly finished, but c’est la vie — the Sedona White Corn soup was delicious, rich with tomatoes and just a hint of chiles.

For her dinner, Carol chose a half-order of the Smoked Bacon and Gorgonzola Chopped Salad, which was still nearly large enough for two: a crunchy affair of crisp bacon, cabbage, jicama and pungent cheese in a fragrant basil vinaigrette. I thought it was superb — far superior to Bob’s fettuccine in a thick cream sauce liberally laden with garlic and tender chunks of chicken breast. “It’s good,” Bob said. “Just like the same dish at the Olive Garden.”

Let’s not start comparing the chain gangs, I suggested, taking a gander at the eight sweets on the dessert list, which all sounded decadent but suspiciously familiar. Is there any corporate restaurant that isn’t serving the ubiquitous tiramisu, cheesecake, Key lime pie and hot-fudge brownie? All are brought in from a bakery or commissary; the only dessert actually made in this restaurant’s kitchen is the apple crisp. That sounded tasty enough, but my dining companions were eager to leave.

Is the appeal in the vague connection to California? After all, the Plaza already boasts Baja 600; could a Planet Hollywood be next? As unbelievable as it seems, the popularity of the California Pizza Kitchen is real enough. There was a crowd of hungry customers waiting to get through the front door as we left the restaurant. They didn’t care that it was just a pizza joint with delusions of grandeur. This slickly packaged corporate venue is the culinary version of a “reality” TV series. It’s so phony that it has to be real. Right?