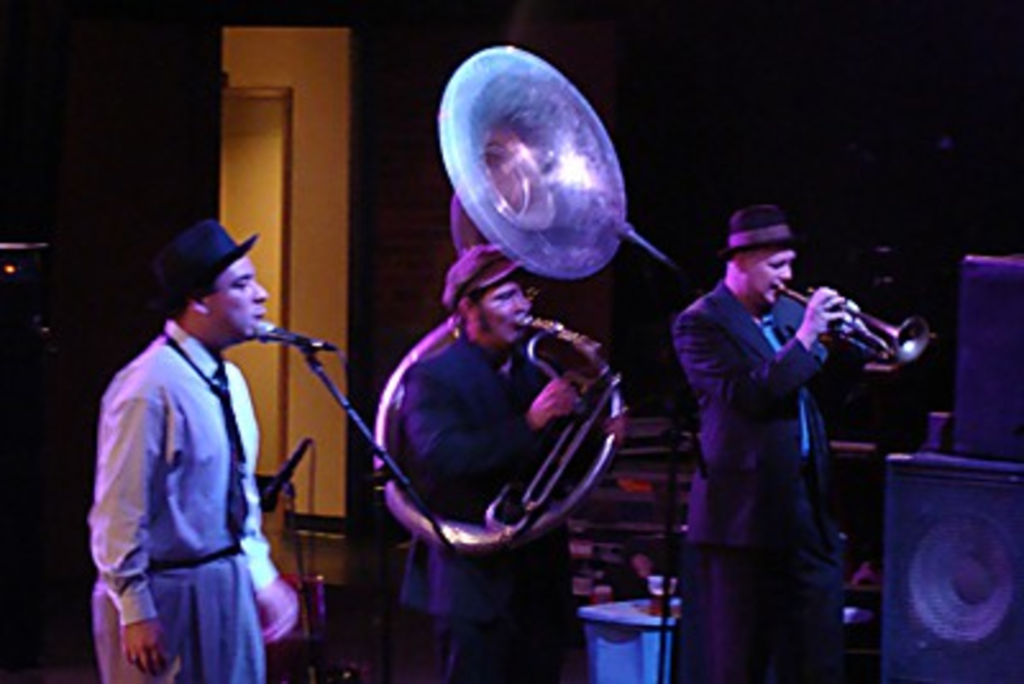 It’s safe to say that the night of the Showcase is one of the best nights of the year to go out… even better than New Year’s Eve, Irish Fest, Rock Fest, the first First Friday of the summer or your cousin from Blue Springs’ bachelor or bachelorette party at Toby Keith’s. It’s awesome. You don’t even have to be a hipster to have fun.

It’ll be hard to ever again find the energy I felt back in 2006 at the Showcase when onemilliontinytinyjesuses had a packed house at the Dark Horse standing in wide-eyed disbelief at their experimental robot rock, and I’ll never get the fuzzies again the way I did last year when I heard the Roseline downstairs at Blayney’s. It’s kind of magical.

This time around, I opted to stay at the Beaumont from start to finish. I could perch above the stage on a Jim Beam barstool, get blasted with air conditioning and hear a diverse mix of bands I’d either not seen before or seen a hundred times.

First up, the Kings of KC Swing…

I arrived to the location exactly at 8:20. There were less than 15 people there. Part of me wished at that moment, that I was the one who had booked the bands for the evening. I would have put the Grand Marquis on later in the evening. Maybe sometime soon I will see or hear about these guys play to a packed hometown crowd that’s not at a private party or a restaurant gig. Who else is playing jump swing locally two or three nights a week? They travel all over the region (Manhattan, St. Louis, Omaha, Des Moines, to name a few) and play to tons of swing dancing couples all night long at those gigs, but I guess the swing scene isn’t so huge here in Cowtown. Weird.