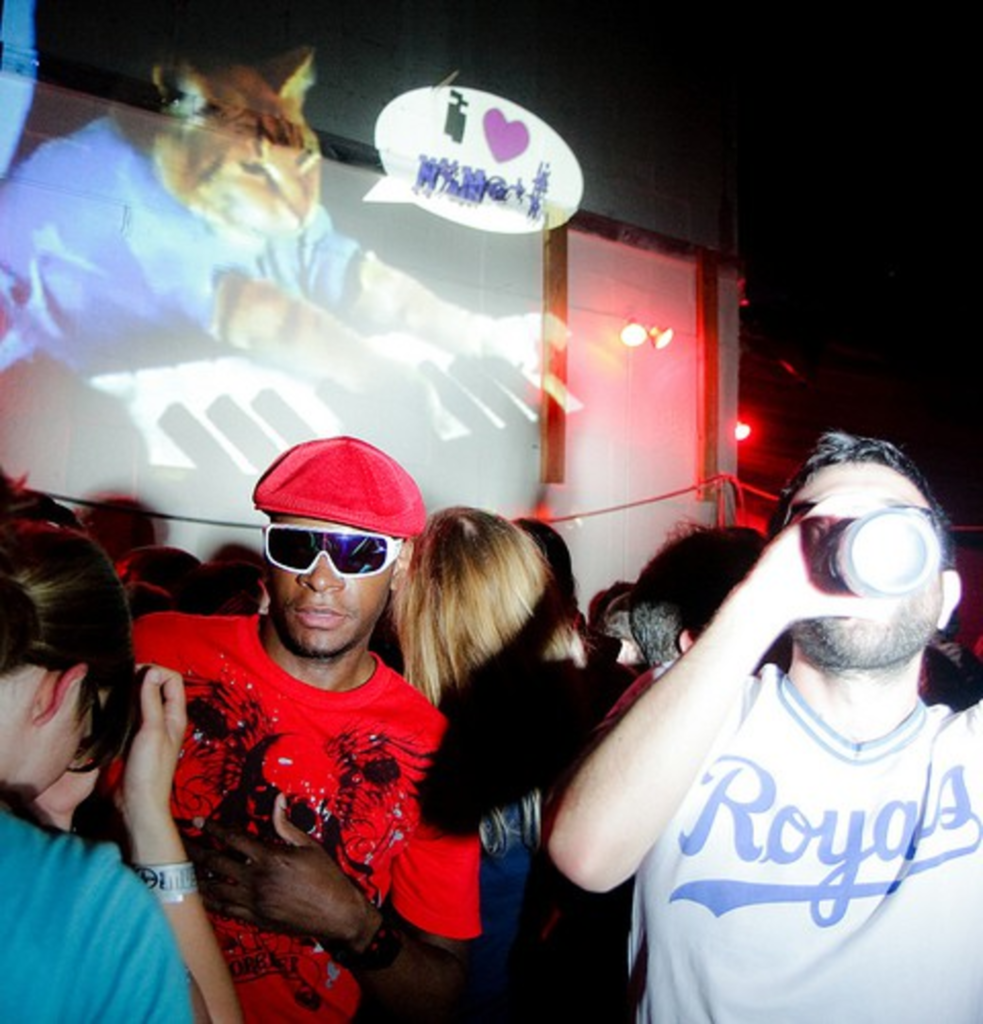 I’m not sure whether it was Jennifer Aniston and Gerard Butler arriving in their limo to a gaggle of paparazzi outside of the Riot Room or if it was seeing Kurt Loder interviewing T-Pain on the roof of McCoy’s, but somewhere between those two sightings — but two incidents within a major-media-filled, celebrity-packed evening — I realized, Man, the Pitch Music Showcase has gotten sorta big.

Then I realized someone had slipped peyote into Hefeweizen.

South By Southwest it ain’t. And you’ll see exponentially more concertgoers packed into the Sprint Center when New Jersey acts such as the Jonas Bros. or Bruce Springsteen come to town than you will over the course of our annual, night-long all-local fiesta in Westport. But for people who follow the Kansas City-Lawrence music scene it’s a must-rock night.

This year’s lineup boasted 28 acts from a lot of the 16 different genres represented on the 2009 Pitch Music Awards ballot. They played at the Beaumont Club, McCoy’s, the Foundry and the inside and outside stages at the Riot Room. And I saw almost all of them.