Pinkout, this Friday at RecordBar, is a response to attacks on reproductive rights in Missouri and Kansas 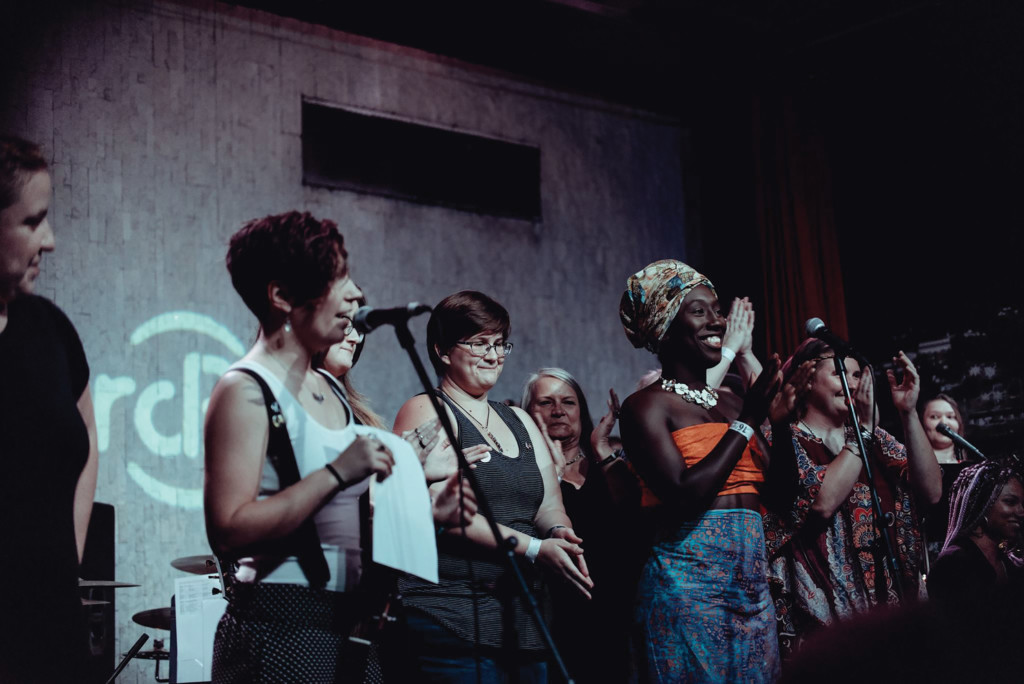 For those concerned about women’s reproductive rights in the Kansas City area, the first half of 2019 was a whirlwind on both sides of State Line.

In Kansas, the state legislature tried and failed to further restrict abortion. Governor Laura Kelly vetoed SB 67, which would have required doctors to inform abortion patients that medical abortions administered by pill could be reversed—a practice that has yet to be scientifically proven. Kelly, a Democrat, called the bill “unnecessary legislation that would interfere with the relationship between women and their physicians.” Also earlier this year, the Kansas Supreme Court decided that women in the state have a fundamental right to abortion. The 6-1 ruling overturned legislation Kansas lawmakers passed in 2015 that banned dilation and evacuation abortions, a common procedure for second-trimester terminations of pregnancy. The court’s decision could also stop future legislative attempts to limit abortion access in the state. It also means that abortion will remain legal in Kansas even if Roe v. Wade is overturned nationally.

They’re singing a different tune over in Missouri. In the last few days of the legislative season, lawmakers passed HB 126, aka the Missouri Stands for the Unborn Act. Missouri’s Republican Governor Mike Parson signed the bill into law, criminalizing termination of any pregnancy after a fetal heartbeat can be detected, or after eight weeks. The ban included pregnancies resulting from rape, incest, and human trafficking. It also outlined criminal consequences—a class B felony—for any physician that performs an abortion after detecting a heartbeat. Missouri was already down to one sole abortion provider in the state, a Planned Parenthood clinic located in St. Louis. In June, the state refused to renew the clinic’s license to perform the procedure, sparking a legal fight.

Matters are hardly settled. The next scheduled hearing for the Missouri case is set for October 28; the clinic is offering abortion services while the case is pending. And in Kansas, Kelly’s veto was just two votes away from being overturned, and Republicans in the state have vowed to put forward a measure next year that would amend the constitution to prohibit abortions.

So: the fights will continue. Which means organizations like the American Civil Liberties Union and Planned Parenthood—groups that stick up for women’s rights—need your help. That’s why, on September 6, Planned Parenthood Great Plains Votes (PPGPV) is hosting PinkOut, a benefit show at RecordBar.

“We are in this moment where we have seen unprecedented attacks on reproductive rights,” says Rachel Sweet, regional director of public policy and organizing at PPGPV. “And it’s just really required us to start raising more awareness and getting more resources for our political and advocacy work.”

PinkOut is anchored this year by Katy Guillen and The Drive, the local soul-tinged indie rock act.

“We’re all women performers, and I think we have all at some point—I can’t speak for the other members of the band—but I have used Planned Parenthood services before, and it just made sense,” Guillen says. “I just hope we can raise awareness and celebrate the live music and community together.”

Proceeds from the $25 ticket sales will support the organization’s efforts to thwart ongoing and future attempts in Missouri or Kansas to limit access to reproductive healthcare, educate voters on key issues being seen on state levels, and support local, state, and national candidates who will advocate for women’s healthcare rights.

“We have one legislature that is obviously being very hostile and another where we have been able to have some successes,” Sweet says. “But the ability of people to access health care in this region depends on all of us.”