Photos from Sunday: Drowning Pool on the bus, rained-out at Crossroads KC 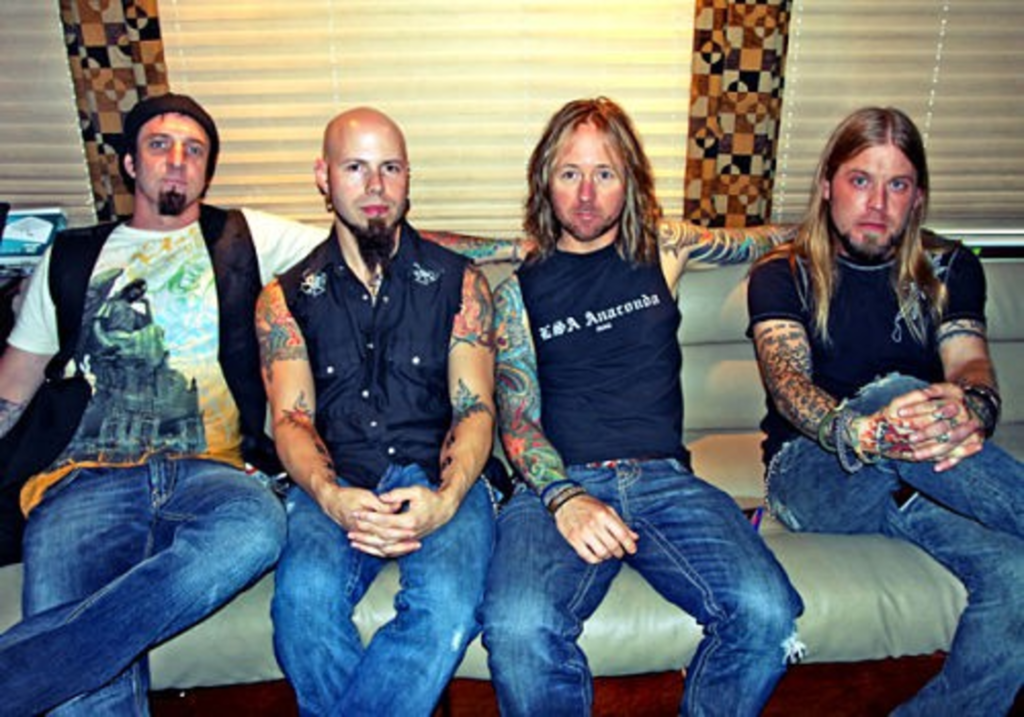 Sunday was kind of a wash for intrepid Pitch photographer Scott Spychalski, who came downtown from his Raytown wigwam in hopes of shooting Crue Fest and Reel Big Fish.

Despite getting media credentials to shoot portraits of several of the bands opening for Motley Crue Sunday night at the Sprint Center, Scott Spy was not actually able to get into the show. (Being a regional altweekly, we just don’t have that powerful SPIN-sized Kansas City Star pull. What, magazines are dying? Dailies, too? You don’t say …) But Scott did, however, get this photo of Drowning Pool gathered all nicely on the couch insdie their tour bus, looking like they’re visiting their grandparents’ mobile home for tea with Mee Maw.

From there, it was on to the Crossroads KC at Grinders. But little did our hero know that a storm was brewin’.