Photos from last night’s This Is Not Spinal Tap 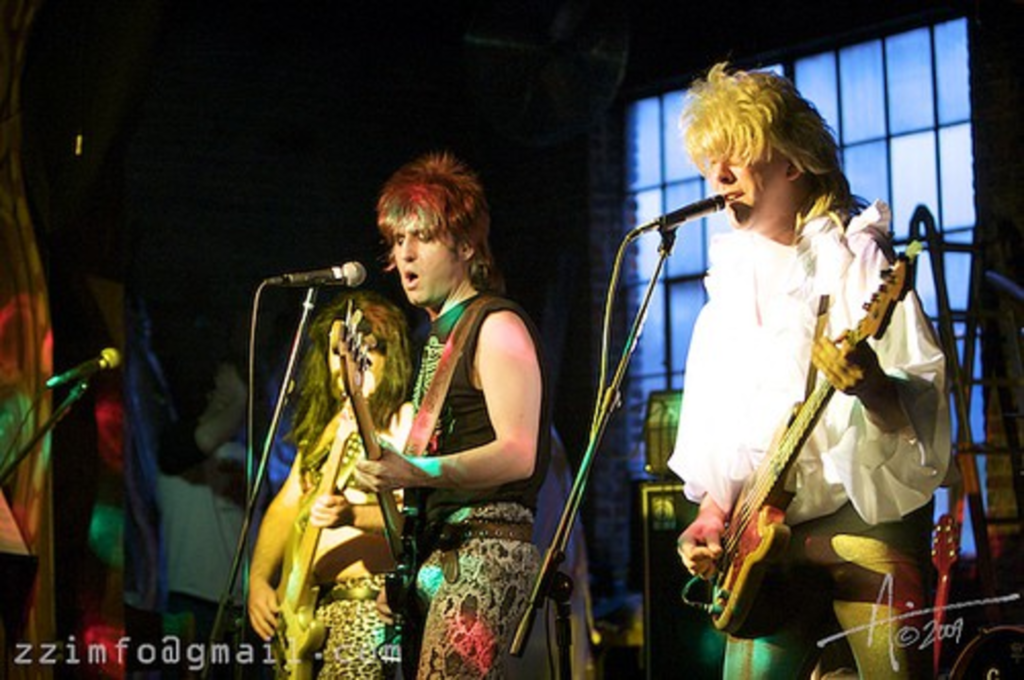 Last night at the Pistol Social Club in the West Bottoms, a crowd gathered to watch the final night of this weekend’s locally produced staged reading of This Is Spinal Tap. Our pal Todd Zimmer was there, and he sent along a few photos. Thanks, Todd! View them all at his Flickr. In the photo below: from left, Pete Leibert as Derek Smalls, Cody Wyoming as Nigel Tufnel and Tilden Snow as David St. Hubbins outline their preferences regarding the female posterior.

The show alternated between live performances of the songs — yes, they did “Stonehenge” and the one with the pod/cocoon things, using set pieces made by Scott Hobart — and recreations of scenes from the movie, including interviews with “rockumentary” filmmaker Marty DiBergi, played by a woman in a beard (I think it was Kimberely Queen playing the part, originally played by Rob Reiner, but it was kinda hard to tell from the back where I was sitting) and scenes with cricket-bat-wielding manager Ian Faith (Matt Rapport as Tony Hendra), including the one where he unsuccessfully attempts to show Nigel how to work his way around a small sandwich. And of course, there was the cucumber scene. It was a fun time. The audience was encouraged to sing, dance, shout along with the script, and the set and costumes were awesome — as was the band, rounded out by Billy Brimblecom as spontaneously exploding drummer Mick Shrimpton and Jeff Harshbarger as hilariously fried keyboardist Viv Savage.

Find out about more Staged Readings at the crew’s MySpace. The next one, which is of Dazed and Confused, will also feature a live band, I’m told.