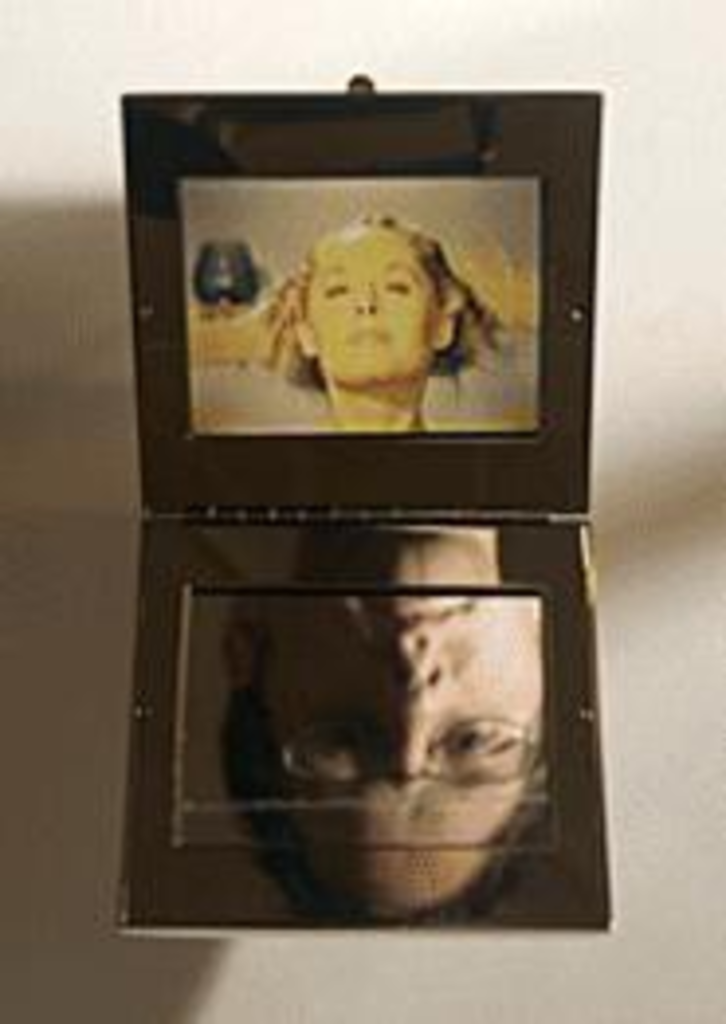 In the ’90s, it was OK to be gay and depressed, Brian Jerkins says. After the conservative political climate of the ’80s, his theory goes, people yearning for change started sharing their deepest, darkest feelings about intimate things. In a way, that was the only thing left to do — society had already explored politically charged topics like discrimination. These days, Jerkins says, “feelings of loneliness, alienation, discrimination and dysfunctionalism have lost their personal connotations and have become universal issues and concerns.”

Jerkins’ video installation, part of the group show Control, Escape, Delete at the Society for Contemporary Photography, addresses the alienation he felt growing up gay.

Control, Escape, Delete also presents the work of six other artists fresh out of graduate school. This collection of mostly color photographs, a scattering of black-and-white photographs, a video installation and some sculpture is photographer and educator David Hilliard’s very successful first shot at curating. For his contribution to the SCP’s Artist as Curator series, Hilliard has selected artists whose work he learned about through his teaching job at Yale. (Hilliard’s own photography is on display down the street at the Byron C. Cohen gallery.)

Situated in the center of the SCP’s gallery, Jerkins’ “Nothing Till I Looked at You” consists of three well-crafted silver makeup compacts resting on wooden pedestals. On one side of each compact, Jerkins has placed a mirror; on the other, a tiny LCD screen. Each screen loops a short clip from an old movie featuring a beautiful blond heroine washing her hair in a sink, running her well-manicured fingers along a marble tabletop or standing in a doorway kissing a tall, dark and handsome man goodnight. “Looking back, I saw these women were like role models or points of reference that I used to ‘check’ my behavior,” Jerkins writes in his artist’s statement. “I was mentally ‘applying’ these ready-made personas to cope with the abuse aimed at me.” The artist considers this mental process similar to putting on makeup.

“Nothing Till I Looked at You” includes an audio track that can be heard throughout the gallery. “The music has gone from being kind of funny to really eerie,” says gallery Director Kathy Aron-Dowell, who has heard the airy instrumental piece over and over again since March 14. This music, Aron-Dowell says, has unified the show. At first glance, the artists don’t seem to have much in common. However, Hilliard explains, they’re all “making work which confronts, avoids or repackages very personal and perhaps painful issues.”

Shirley Wegner, for example, was fascinated by the documentary photography of her native Israel and sought to re-create its images as a way to explore how they shaped the nation’s consciousness. “I was constantly exposed to ideas of ‘nationality,’ ‘heroism,’ ‘territory’ and ‘the enemy,'” she writes. In her studio, Wegner creates mock-ups, painting a mountainous desert backdrop and hanging a cottony, gray “smoke cloud” from the ceiling with string. Then she photographs the scene. The effect is both serious and funny. (Add a couple of silver spray-painted Frisbees on fishing line, and the photograph could be a battlefield set from a science-fiction movie.) “In these sets the images are altered, sometimes substituted, operating in the space between real and fiction … constantly evading one single ‘political’ or ‘historical’ meaning,” she writes.

The most simple and sincere piece in the show is an aluminum plaque on which Wegner has inscribed the words “I LOVE YOU” in letters and in Morse code, referring to a traumatic experience she had while serving as a Morse-code specialist in the Israeli armed forces.

Walead Beshty’s “Untitled (Age Progressions)” at first looks like a collection of high school yearbook photos, but there’s something unsettling about the portraits of these eight young men. Their skin looks too smooth and plastic, like an airbrush job gone bad. What really happened is more disturbing. Beshty sent school photographs of himself, between the ages of six and twelve, to the National Center for Missing and Exploited Children. He led the forensic artist to believe that they were pictures of eight brothers and requested renderings of each “individual” at the age of 25 — his age at the time of the project. The center produced eight startlingly different images, none of which resembles the grown-up artist. Beshty calls attention to our misplaced faith in the wonders of modern technology and our tendency to accept photographs as truth. “The National Center for Missing and Exploited Children were pretty pissed that they were exploited,” Aron-Dowell says.

Mark Wyse and Laura Gail Tyler create introspective images with very different subject matter. Wyse, a surfer who was born and raised in California, photographs surfers from directly above; with their wet suits and boards, they become brightly colored specks almost lost in the frothy white waves or hidden by the glare of the sun on the blue ocean. Amid the vast ocean, surfers are free to contemplate whatever they wish; Wyse’s viewers share that same luxury without the worries of undertow.

Tyler constructs doorways, staircases, bridges and hallways from fragile materials such as sugar, playing cards and icing, then photographs them on black-and-white film, lighting each structure to produce deep shadows and highlights. Tyler exerts strict control over the form and representation of such delicate materials, capturing finite textural details, such as the crystalline quality of the sugar or crunchy grains of sand. This imaginary architecture suggests an escapist, otherworldly journey.

Melanie Willhide and Sarah Martin use real environments to create psychological studies on the roles people play. Willhide uses the middle-class New England homes of her youth as a backdrop for her commentary on the nature of desire. Her brightly lit, color-saturated photos re-create familiar scenes: A little boy climbs atop a rocking horse; a young woman in Spandex and a sweatband strikes a pose; two boys in pajamas wrestle on a blue carpet in front of professional wrestlers on TV. But each picture is full of longing — the people embody a desire to live a life a little different from their own. Even inanimate objects aspire to be something else: A vacuum hose lying twisted on pink carpet in front of a sliding glass door resembles the pale, segmented body of an earthworm.

Martin’s work supports Jerkins’ theory about the personal becoming the universal. Of her friends’ no-sex-until-marriage photographic escapades, she writes, “I have begun to realize that their photographs function as tools of control in perpetuating a certain myth of a perfect Southern woman who is religiously devout, sexually pure, and ultimately a forbidden temptress.”