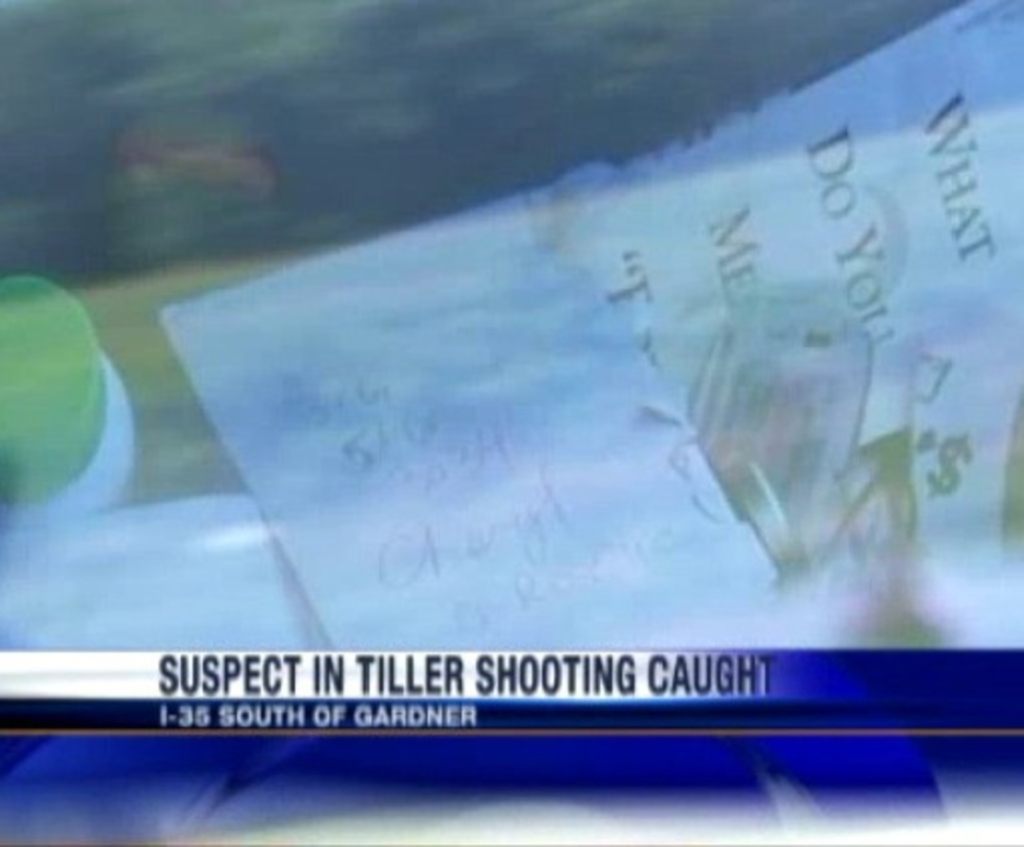 KMBC Channel 9 captured this shot of a phone number to anti-abortion group Operation Rescue inside the car of Scott Roeder, the man suspected of shooting and killing Wichita abortion doctor George Tiller Sunday morning at a Wichita church.

The phone number is written on an envelope with the name

Rescue’s senior policy adviser, who in 1988 was convicted of

conspiring to bomb a California abortion clinic. She served two years in prison.

Sullenger tells The Pitch that she hasn’t spoken with Roeder recently.

“No, he hasn’t called me recently,” Sullenger said. “No.”