Phoenix, the black lab set on fire, is looking happy and healthy 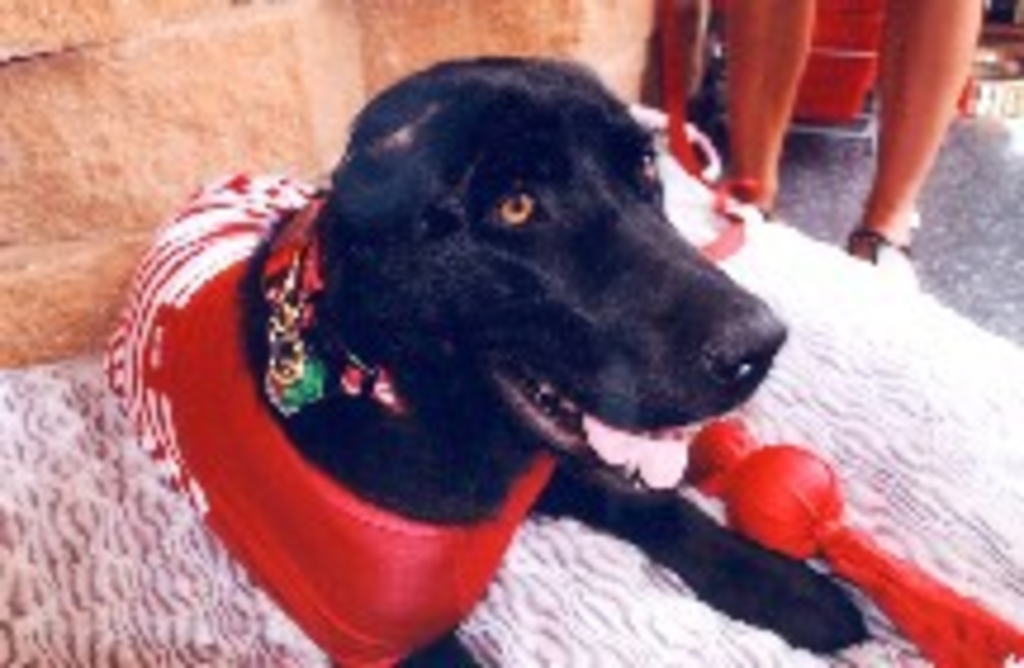 There was a good amount of righteous outrage in the metro this May when the story broke about Phoenix, a 1-year-old black lab who’d been set on fire then denied medical attention. Phoenix’s owner, Maria Alarcon-Suarez, waited a full day before getting the dog to a vet, and when she did finally take him, she claimed that he was a stray she’d just found wandering the streets. Alarcon-Suarez is now facing animal-cruelty charges, and whoever actually lit the poor animal has yet to be identified.

It would be understandable if Phoenix never trusted people again. But this Saturday at City Pets & Ponds, Phoenix appeared not only to be healing well but also to be a happy, playful dog.