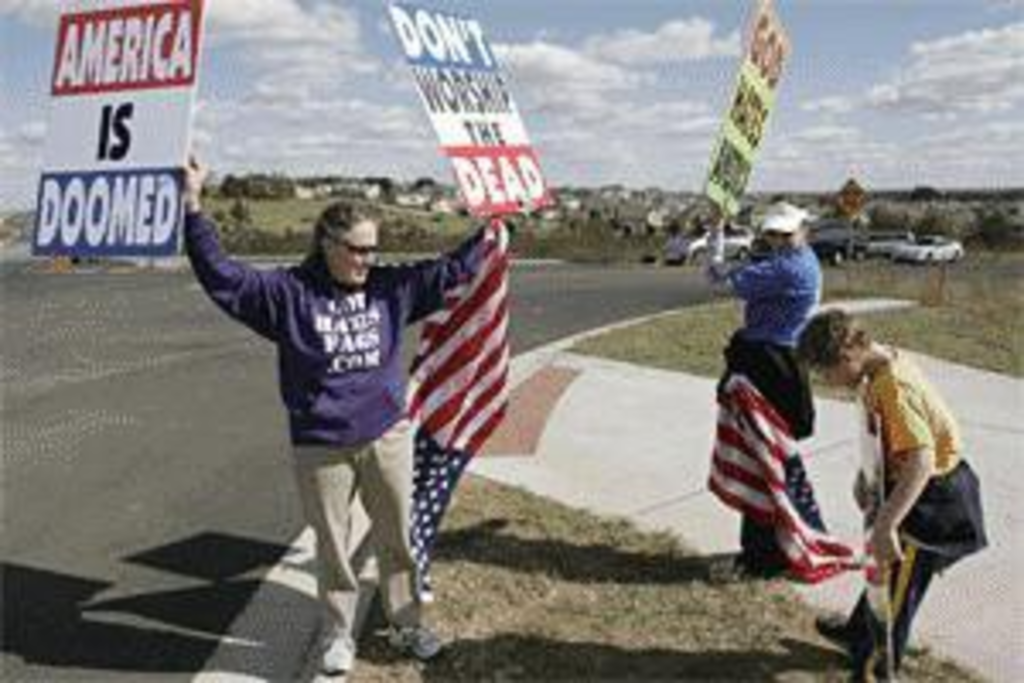 In June 2007, Phelps-Roper was arrested for allowing her 10-year-old son Jonah to stand on a United States flag while picketing a soldier’s funeral.

Students are planning a peaceful counter-protest, Jake Davidson told me this afternoon.

Davidson, a SME junior, said students are making signs and T-shirts with slogans such as “God loves everyone” and “Everyone is equal.”