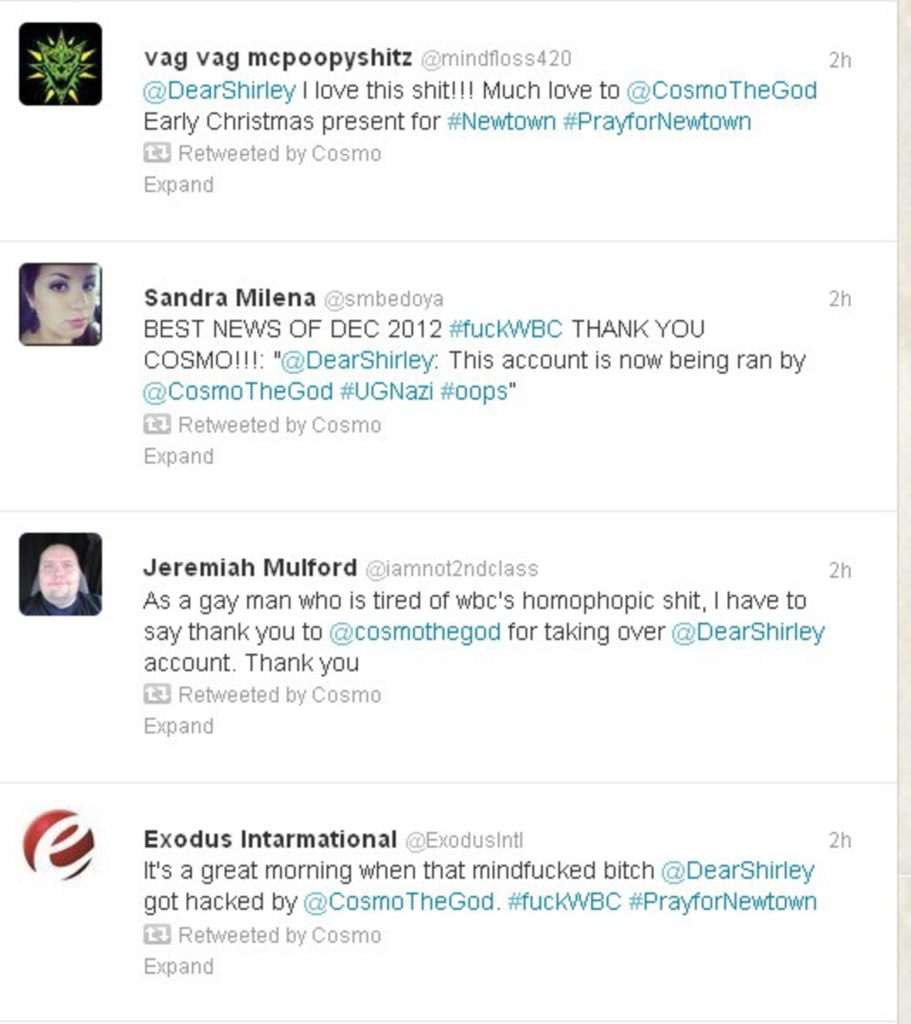 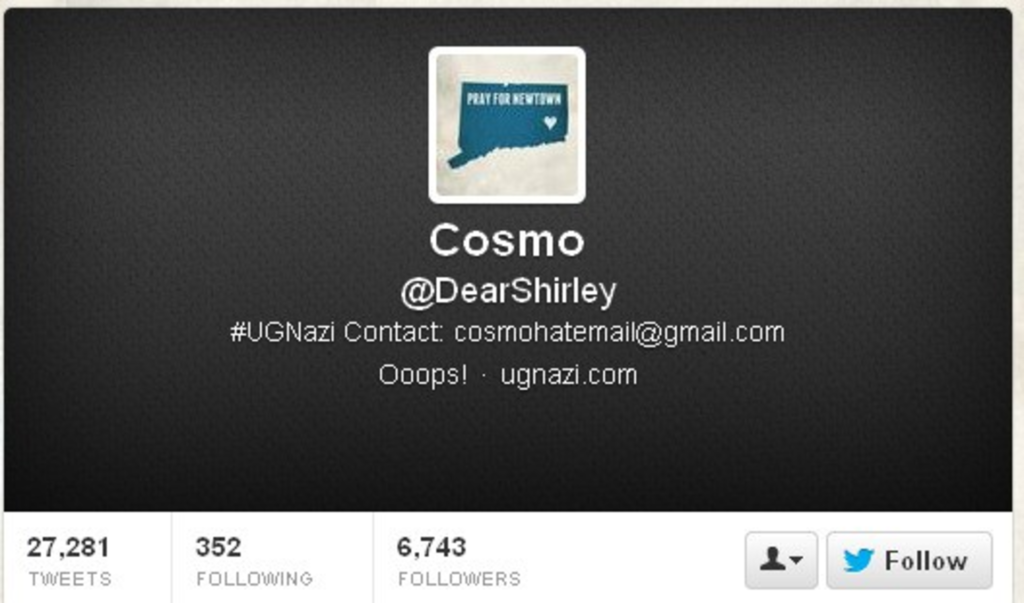 Over the weekend, online collective Anonymous hacked the Westboro Baptist Church’s website and Shirley Phelps’ Twitter account. Why would they do this? Because the members of the WBC are just about the worst kind of people you can imagine. With the country still in shock over the massacre Friday at Sandy Hook Elementary School in Newtown, Connecticut, the church announced on Saturday that it would picket the funerals of the slain children.

“Westboro will picket Sandy Hook Elementary School to sing praise to God for the glory of his work in executing his judgment,” Shirley Phelps tweeted. Everybody can agree, this is a crappy thing to do. It’s sick and completely indefensible. Appearing to be under the illusion that they’re in an X-Factor-style competition for the title of “America’s Most Deranged Morons,” on Saturday, the church announced it will also picket at the funeral Monday of a 2-year-old Topeka girl who was killed by a dog.

Westboro’s Connecticut picket announcement sparked further online action in the form of a petition on the White House’s website that seeks to have the church declared a hate group. “Their actions have been directed at many groups, including homosexuals, military, Jewish people and even other Christians. They pose a threat to the welfare and treatment of others and will not improve without some form of imposed regulation,” the petition reads. Since it was put up on Friday, it has amassed more than 108,000 signatures.

It appears that WBC has regained control of its website, but a hacker using the handle @Cosmothegod is still tweeting from Phleps’ Twitter account, much to tweeters’ delight. See some gleeful tweets directed at the account after the jump.